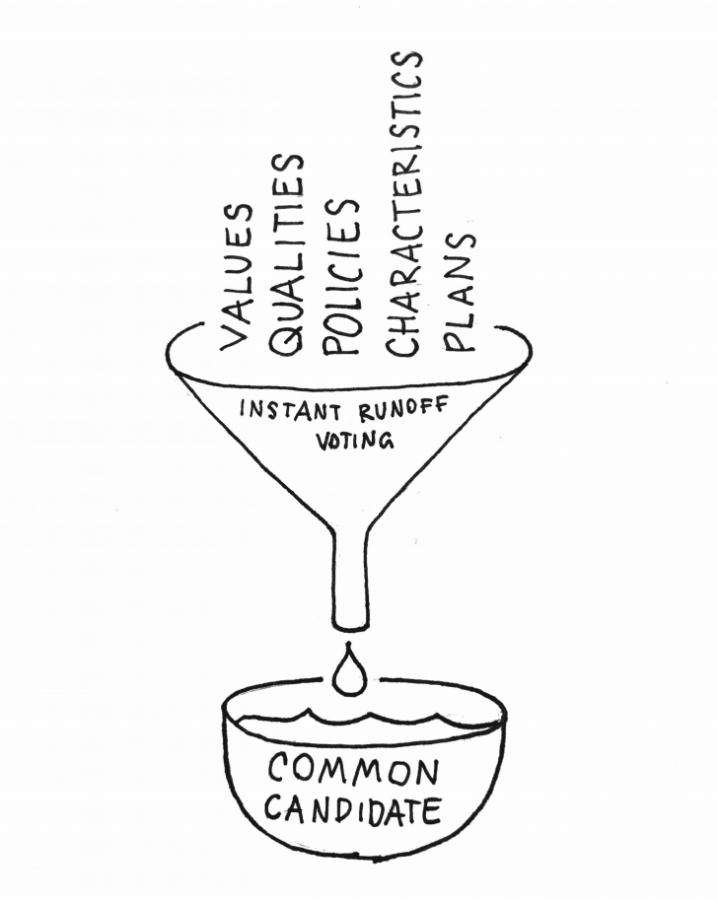 On Jan. 15, the New York Times published “Elizabeth Warren’s Smart Answer on ‘Electability’” days after yet another top tier performance debating her fellow candidates. Although the opinion piece did mention the various plans and policies she supports, the author felt the need to focus on Warren’s electability (or lack thereof.) Winning elections is important, but the New York Times has opted out of writing a piece explaining why many of Warren’s plans are good or bad to instead focus on electability simply because our voting system is flawed.

With our current voting system, voters choose just one candidate. But, in choosing just one candidate, voters give up a lot. If their preferred candidate is an independent without main party support, a third party candidate or a local write-in, they want to ensure their vote counts. But, since they can only choose one candidate, choosing one of these options forces a sacrifice: should I choose the lesser of two evils or “waste” my vote for someone who won’t win? This conundrum is one that Americans have been a part of for far too long and one that has a tried and true solution.

Enter instant-runoff voting. Although this system has been successfully utilized nation-wide in Australian parliamentary elections since 1919, a few U.S. cities for local elections and in the 2018 congressional elections across Maine, instant-runoff is still a widely obscure and underappreciated solution to our ballot crisis.

Perhaps it has failed to take off because the electorate and lawmakers are scared of the change adopting a new voting process it will entail. But, the main concern is that instant runoff voting is challenging to understand for voters as the ballots are arranged in an unfamiliar way. However, voters in Maine opted to use the system again for the presidential election this year, further proving its success.

Switching voting methods nationwide would be a long, drawn out and complicated process, not to mention that instant runoff voting is confusing and would require thorough instruction. But, as using instant runoff would work within the existing electoral college system, the change would only be minor. In addition, the way votes are counted and candidates are eliminated doesn’t apply to the average voter. As long as voters understand they are ranking candidates by preference, they are not sacrificing for electability and are voting for their preferred candidate. By ranking their top candidates, voters can ensure their vote will not be wasted. If their top candidate doesn’t receive many votes, their second most preferred candidate will receive them instead, eliminating the need to choose just one candidate only by party affiliation and electability.

Although eliminating electability is an important facet to the instant-runoff system, it also helps find the middle ground. Especially in an increasingly partisan time, it is imperative that our next president is well-respected by both sides. Instant runoff finds the happy medium between a field of candidates and finds one that the majority supports. Using instant runoff, the candidate who is opposed by the least number of voters wins the election, providing a solution and a president that all of America can rally behind.