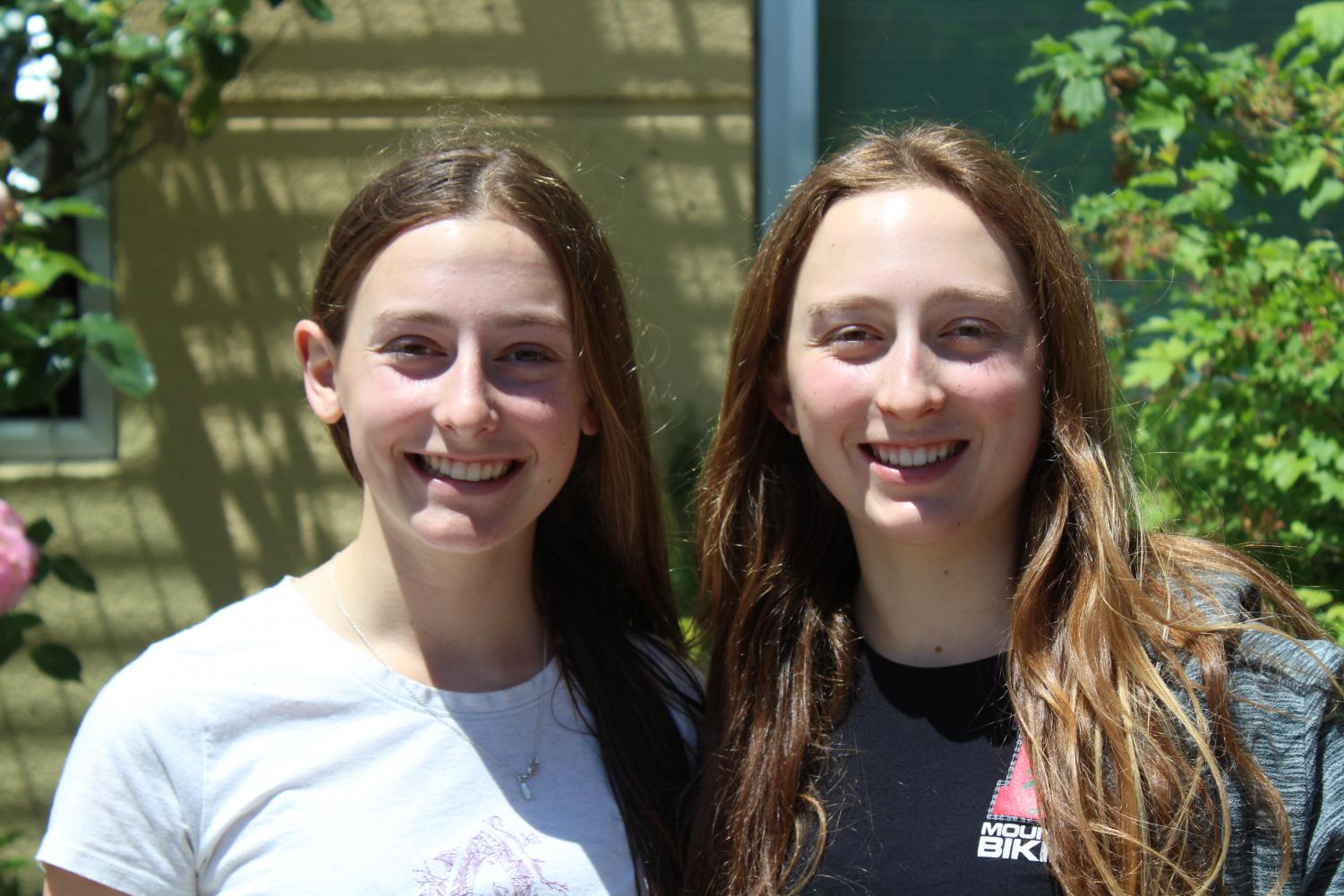 In the early 1970s, a teenage biking group known as the Larkspur Canyon Gang could be seen cycling on trails around Mt. Tam and Baltimore Canyon. According to the Marin Museum of Biking’s website, the gang quickly achieved local fame and inspired road bikers from Velo Club Tamalpais to experiment with their bikes. They modified them to withstand the abundance of bumpy, off-road trails in Marin and soon began to organize downhill races, adding another layer of thrill to the newly-created sport of mountain biking.

As appreciation for the sport grew and it gained popularity, Redwood students were prompted to start their own mountain biking club in the early 2000s. However, students did not partake in races––rather, the club was an opportunity to talk about bicycles.

The dynamics of the club drastically changed once Paul Ippolito, who now teaches AP Economics, took charge. Ippolito is originally from New York, where he discovered his love for mountain biking, and would typically go to Chappaqua or New Jersey to practice the sport. However, after having emergency back surgery, likely necessitated by a motorcycle accident, he was no longer able to ski or play tennis due to permanent paralysis in his right leg. Biking took the pain away while still allowing him to be active.

“I’m an athlete so I got really depressed, saying, ‘Oh my god this back surgery has wrecked my life. I’m never going to be able to do [skiing and tennis] again’ … I had to quit every sport I loved and went crazy into mountain biking,” Ippolito said.

When Ippolito moved to California, he became a student teacher at Redwood as training for his first teaching job. As part of the program, he had to get involved in something non-academic, so he began to attend mountain bike club meetings. He coached the club for eight years with Patchen Homitz, who now teaches at Tamiscal.

“They were the most pathetic group of kids I’ve ever seen. All they did was talk about bicycles. They never rode and I said, ‘Hey! Guys! Would you like to do a ride on a weekend?’ and they were like, ‘We can ride?’” Ippolito said.

Soon after, the club discovered the Northern California League, which allowed them to race competitively. They won state championships in 2003––their first year competing as an unofficial team. To this day, the mountain biking “team” is still a club because the school does not fund their equipment.

For the six-month season, each rider practices for hours each week, ensuring that they are prepared for races both mentally and physically. In the end, the results of the race depend entirely on the heart and character of each rider, as demonstrated by No. 1 sophomore Isabella Heinemann. She received first place in the four races she participated in this season.

“At the third race [of the season], I was expecting to not win. After I missed the second race, I lost my call up, which is the start position in the front, so I started at the back of the pack. I was trying to catch the leaders for the whole race,” Isabella said. “The only thing is I didn’t catch them. So then I finished and was like ‘Where is everyone?’ and they [said] ‘You won,’ because I didn’t realize I passed them. Then I won the next two

Her younger sister, Vaila Heinemann, is also a state champion. With Isabella competing at the junior varsity level and Vaila racing at the freshman level, the duo walked away with two state champion titles.

“I didn’t really know what to expect at the beginning of the season. It was the beginning of freshman year, the first NICA race I’ve ever done and I won, which is crazy. It kind of seemed like a freak [accident], but then I went undefeated the whole season and won states,” Vaila said.

Benjamin attributes the club’s success as a team to following the league’s mission statement.

“To build strong minds, bodies, character and communities through cycling; that’s what our goal is. We want to build strong minds [so] they can have confidence. Strong bodies [means] just coming to practice, getting stronger and more fit. [It means] character—working through adversity. And then just the cycling community in general and the team camaraderie is what we try to really stress. We want them to be cyclists for life. We want them to keep riding their bike,” Benjamin said.

What differentiates mountain biking from other competitive sports is its emphasis on each member of the team as a vital contributor to overall performance. Sophomore Nigel Legallet feels this played a large role in the club’s victory in States.

“[It’s] really cool that so many people contributed to States. It’s not like one or two people qualified. It’s more like 10 or 12 people qualified for at least some of the subdivisions,” Legallet said.

Since there are separate leagues for the fall and spring season, the school team does not compete in a national competition. Instead, Isabella, sophomore Haley Randel, junior Toby Coughlan and sophomore Sean Middleton will be competing at the national competition hosted by USA Cycling on June 23.

Since mountain biking originated in Marin, one would expect the community to welcome the sport, especially when Redwood’s mountain biking club has had an exceptional season. However, mountain bikers frequently face opposition, largely from hikers and others who want to maintain the trails, according to senior Nathan Kim, one of the team captains.

Having biked since the age of six, Kim finds enthusiasm for mountain biking in Marin to be lacking.

“Riding in the birthplace of mountain biking, you’d expect there would be a good community and quite a good population. But the reality is, I don’t think there is that

anymore, which is kind of tragic,” Kim said.

According to Kim, one of the biggest reasons why Marin has become closed off to mountain bikers is because most of the trails are owned by the Marin Municipal Water District, which only opens them to hikers. However, groups such as the Marin County Bicycle Coalition are making an effort to reopen trails for bikers as part of their Off-Road Program.

While some wish to preserve the natural beauties of Marin by limiting mountain bikers’ access to trails, others view the county’s mountain biking background as inspiration for riding.

“A lot of the parents of the riders are also cyclists, so the kids grow up being exposed to cycling at a young age. I think the Heinemann girls were riding single track trails when they were three or four,” Benjamin said.

Even though mountain biking in Marin elicits different feelings from each rider, the sport itself never fails to provide an escape from everyday life.

“When I ride, uphill at least, I listen to music, enjoying nature, enjoying the place where I live in, kind of really taking it all in. It’s a unique perspective; it gives me the time to think about my past, maybe a little about the future,” Kim said. “After that, I try to bring myself to the present as soon as I’m almost done with [the uphill]. Once I get on the downhill, that’s where I try to have fun, that’s where I’m focused in, game on.”