Here are the nominees for Best Picture

Months of anticipation have led up to the announcement of the nominees for the 92nd Academy Awards. The movies are judged based on 24 categories ranging from Best Makeup and Hairstyling to Best Director and everything in between. These are voted on by members of the Academy, a group of roughly 7,000 individuals that work in the film industry. Now, we await the results of the decision which will air on Feb. 9, especially for the highest honor and the finale of the show, Best Picture. In hopes of catching up on all the nominated movies you wished to see but did not, I have watched all nine. Grab your popcorn and get ready for a review of the nominees for Best Picture. 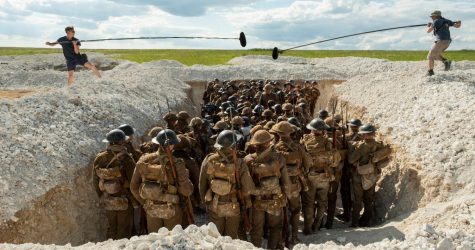 With Golden Globes for both Best Director and Best Motion Picture as well as Producers Guild of America Award for Best Film, “1917” is projected to win a plethora of awards at this year’s Academy Awards, including Best Picture. As a spine-chilling war movie that activates a fight-or-flight energy, “1917” delves into the mind and experiences of two military personnel and the gruesome horrors they face. The movie uses a single-shot film technique to convey the details of life in the trenches and the continuous adventure to stop an upcoming attack. Although there are some horrifying scenes, I was able to stomach the film. Coupled with the well-done set design and its high recognition, “1917” looks to be mine and the Academy’s favorite for Best Picture.

Leading all other films with an exciting 11 nominations, supervillain film “Joker” shines through as an anomaly in the Best Picture category, as psychological thrillers are not typically acknowledged with this high of an honor. Contrary to this recognition, I was not a fan. While I appreciate the spotlight on mental illness, the movie was dominated by gore and violence instead of a developed plot. Joaquin Phoenix’s frightening portrayal of the Joker was so powerful that I felt very disturbed, almost to the point of turning the movie off; this feeling was not uncommon, as many viewers and critics were upset by the movie upon its initial release. Also, the full explanation of the Joker’s origin took away the mystery and thrill of the Batman series, making this movie an inadequate representation of a Best Picture movie.

Once Upon a Time in Hollywood

This seemingly historically accurate story about a Western movie star and his stunt double makes an unexpected turn as the duo finds themselves tangled in the mess that is the Manson Family, a cult led by Charles Manson. Without prior knowledge of Sharon Tate and the Manson clan, I could see why this film would be hard to follow. But, because I was aware, I thoroughly enjoyed the complexity of the plot. This was my favorite of the nine nominees, due to stellar acting by Leonardo DiCaprio and Brad Pitt and a riveting plot. The Academy does not typically favor films directed by Quentin Tarantino, due to their gore and strange plots, but the Hollywood feel of this one shows promise for its win.

As the title states, this film follows Ford competing against Ferrari in a race called 24 Hours of Le Mans. What is not obvious is that this is a true story that follows the origins of that race. As someone who knows nothing about automobiles, I was shocked to have enjoyed it so much. Both the sound and visual effects grabbed my attention, and at times I felt like I was playing a game of Mario Kart due to Ford race car driver Ken Miles’ (Christian Bale) techniques and maneuvers.

While I enjoyed this movie, the sports genre is not a typical choice from the Academy, and because other movies stood out more, through original score and costume design, the chances of taking home an Academy Award are pretty low for this film.

“Marriage Story” is an important look into the good, the bad and the ugly of a divorce and is full of positive messages and role models. A chaotic film about two warring parents trying to put on a smile for their son follows the typical pattern of building tension followed by conflict resolution. Although I enjoyed the plot and acting, there is nothing spectacular about this movie, and I presume this is the reason it is not ranking high on Oscar ballots.

“The Irishman” is a mobster film that answers the question: who killed Jimmy Hoffa? At a run-time of over three and a half hours, this is a polarizing film. While some felt that it was the cherry on top of Martin Scorsese’s directing career, others believed that it was an hour and a half too long and failed to tell a compelling story. I fell into the latter category. The de-aging CGI was a mistake, and at some points very distracting and made the characters seem straight out of “The Polar Express.” Additionally, controversy has arisen due to Scorsese’s choice to adapt a deceased man’s confession into a film.

If you want to watch a Scorsese mob movie starring Joe Pesci and Robert De Niro, skip “The Irishman” and indulge in “Goodfellas.” 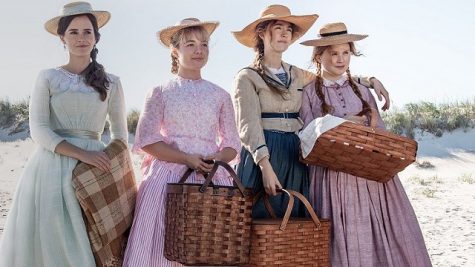 Adapted from one of my favorite classics, director Greta Gerwig did not disappoint with this installment of “Little Women.” The characters were brought to life with some of the best millennial actors to date, including Timothée Chalamet, Emma Watson and Saoirse Ronan. The cinematography was a warm blanket over the film, with a soft color scheme and flowy attire. If watchers are looking for a feel-good family movie, this one cannot be beaten.

Although I was touched by this film, it may be portrayed as too girlish and childish for a Best Picture win, even with Gerwig’s modern spin.

Taika Waititi’s “Jojo Rabbit” has a unique take on World War II. Due to the absurd plotline of a child with Adolf Hitler as the imaginary friend, some parts are laughable, which feels wrong for such a heavy subject.

The movie made two isolated moods into a PG 13 dramedy and because of the strange mix, it seemed as though the movie could not differentiate between comedy and seriousness, therefore not fitting the mold for Best Picture.

Receiving an impressive 99% on Rotten Tomatoes, “Parasite” lives up to its high expectations. This Korean picture, filmed primarily in Seoul, shines a light on the differing experiences of the upper and lower classes as one family hires another for daily work. The thematic mix of mischief and sacrifices proves to be an interesting watch. The turn-off for some watchers may be the presence of English subtitles, though for me, they were forgotten within minutes.

Foreign films have been snubbed for Best Picture in the past, but because of the high ratings and overall praise from Hollywood, this movie could make history as the first foreign-language film to take the Oscar home.