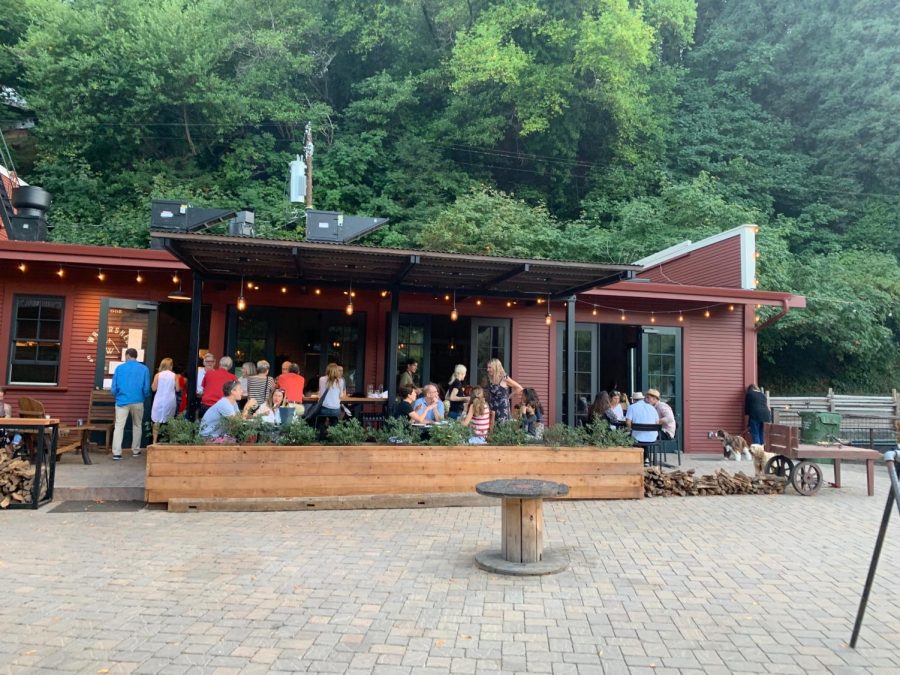 After years of driving past an old beaten down lumber yard with firetruck red, chipping paint and rusted nails sticking out in just about every direction, I was surprised by the newly reimagined and relaunched shopping and dining center that now takes its place.

The old lumber yard in downtown Mill Valley is now home to seven shops and restaurants that were hand-selected to occupy the rustic, yet modern remodeled area. However, it was not an easy process to get there. The entire area was bought roughly five years ago by a local couple, the Matthews, whose original intention was to build more apartments and housing for people in Marin. But as the couple began to work, they realized that they didn’t just want another apartment complex. Instead, they wanted to build something that locals could enjoy. The process was not a simple task because they were required to obtain special permits for the area, which caused the project to take three to four years to finally complete. 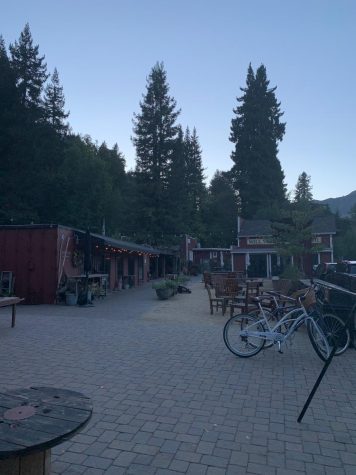 Throughout the past year and a half, shops and restaurants have begun opening and starting their businesses in the Mill Valley Lumber Yard. One of the most popular is Flour Craft Bakery, which is open for breakfast and lunch and sells homemade, gluten-free products. They are known for their delicious scones, cinnamon rolls and avocado toast, but that is not all they have to offer. Flour Craft Bakery makes salads and other lunchtime treats, either to be eaten there, in the shopping center’s lovely courtyard or on the go.

The new farm-to-table restaurant, Watershed, opened its doors to the public for the first time on July 4. Since then, they have been booked nearly every night, their busiest days being Wednesdays, Thursdays and Fridays. Depending on what produce is the freshest, they serve an entirely local menu that changes nightly. In fact, the food tasted like it came straight from the garden. It was clear that they are still working out a few minor details with the organization as they get their restaurant up and running, but for the most part, it was delicious. I recommend any of their pizzas and the oysters. Both were excellently cooked and unique to Watershed with their addictive and delicious flavors. However, do not start your meal paying for the bread and butter, it is not worth it because the bread came out so cold it seemed like it was just taken out of the fridge. Generally, the service was excellent, but a component to keep in mind is the fairly expensive price. In my experience, it was over 200 dollars for a family of four.

The rest of the Lumber Yard is filled with various shops. There is a cute women’s boutique, a casual clothing store called Aviator nation, a jewelry designer, an interior decorating store, an acai bowl cafe called Bōl, a makers market that features people from across the nation and an art supply store. All of the boutiques are open during the day and you can constantly find people shopping around. To add to the ambiance, the middle of Lumber Yard is an open courtyard for everyone to enjoy with benches, tables and cornhole. Overall it is a great space for all family members, even those who are less keen on shopping.

The only shop that did not seem to fit in Lumber Yard was Aviator Nation. It almost felt like the overly expensive company was trying too hard to be ‘hip’ and did not match with the rest of the local Marin community stores. 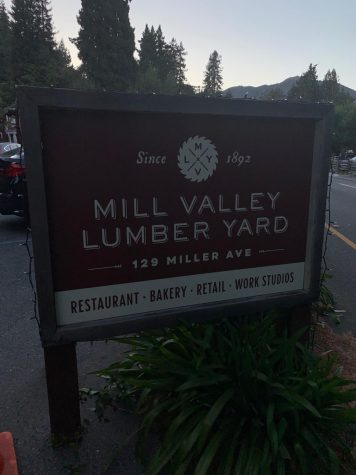 In its entirety, the Lumber Yard is a great addition to the Mill Valley community. The designers did an excellent job of maintaining the beautiful history and wood from the old, run-down lumber yard, while still giving the yard a new purpose. There is still an open space for other local shops to fill, but until then, enjoy the current shops and local food surrounded by the beautiful trees and rustic wood that Mill Valley has to offer.