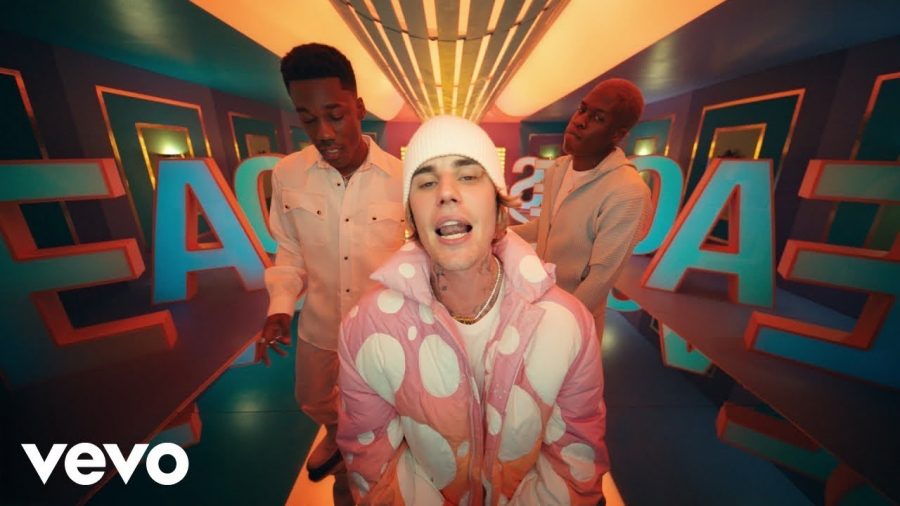 In 2015, Justin Bieber was unstoppable. Bieber was 2016’s second most streamed artist and hits from his late-2015 album “Purpose” like “Sorry” and “Love Yourself” were inescapable on the radio. A brief solo music hiatus followed, but Bieber kept fans’ attention with features on some of the biggest hits of the decade (see Luis Fonsi’s “Despacito” and DJ Khaled’s “I’m The One”). 2020’s “Changes” was a disappointing return to the mainstream for Bieber, lead single “Yummy” was a laughing stock and the album failed to gain traction outside of core Bieber fans. Although 2021’s “Justice” may not quite reach the heights that “Purpose” did, it already feels like a return to form for Bieber.

Released on Friday, March 18, “Justice” is sonically laid-back, presenting mainly soft, computer-generated piano chords and sparsely produced tracks. Lyrically, however, the album is ridden with inconsistencies. Attempting to make a political and artistic statement, or at least grab headlines, “Justice” mentions justice exactly twice: on the intro for album opener “2 Much” and on the minute and a half “MLK Interlude.” Bieber attempts to convey a message that is lost on listeners, simply because the messaging is absent everywhere else on the album. What most likely started out as a sincere attempt to draw a young audience towards the many issues surrounding racial injustice, instead falls flat. “Justice” focuses almost exclusively on the ups and downs of Bieber’s relationship with wife Hailey Bieber.

Attention grabbing title and false-messaging aside, “Justice” is a great minimal pop album. Album highlight and lead single “Lonely” with Benny Blanco gives listeners a closer look into the real Justin Bieber — the person behind the number one hits and Ferrari drag races.

“Justice” standout track “Peaches” is the album’s high point. Bieber enlists Daniel Caesar and Giveon for the perfect summer track. As good as the song is, Bieber’s NPR Tiny Desk Concert is that much better. The song’s infectious groove is still there, just reimagined into something slower and smoother. Here, Bieber’s vocals are positioned as the focal point instead of merely delivering a catchy hook.

The introspective lyrical themes present on “Justice” are summed up succinctly on “As I Am.” Bieber’s anxiety about not being good enough in his relationship because of his mistakes are woven into the instrumental. “As I Am” is half EDM, half piano ballad, coinciding perfectly with the song’s duality: hopeful for the future and regretful about the past. Bieber is filled with self-doubt about his relationship, his mistakes plaguing his ability to accept the current version of himself, “Sometimes, I don’t know why you love me/Sometimes, I don’t know why you care.”

“Holy” with Chance the Rapper introduces the religious themes present on many of the tracks as well. Its infectious hook took the song to peak at No. 3 on the Billboard Hot 100 and arguably features the best Chance the Rapper verse since Bieber and Chance’s first collaboration, the aforementioned “I’m The One.”

Fans of Bieber will undoubtedly love “Justice.” However, the album fails to take on a new sound and is unlikely to attract those who are not already Beliebers. Album highlights like third and final single “Hold On” and fan favorite “Peaches” speak to Bieber’s potential, though “Justice” fails to consistently live up to its standout tracks. Performative activism aside, “Justice” is a worthwhile listen for fans of Bieber.