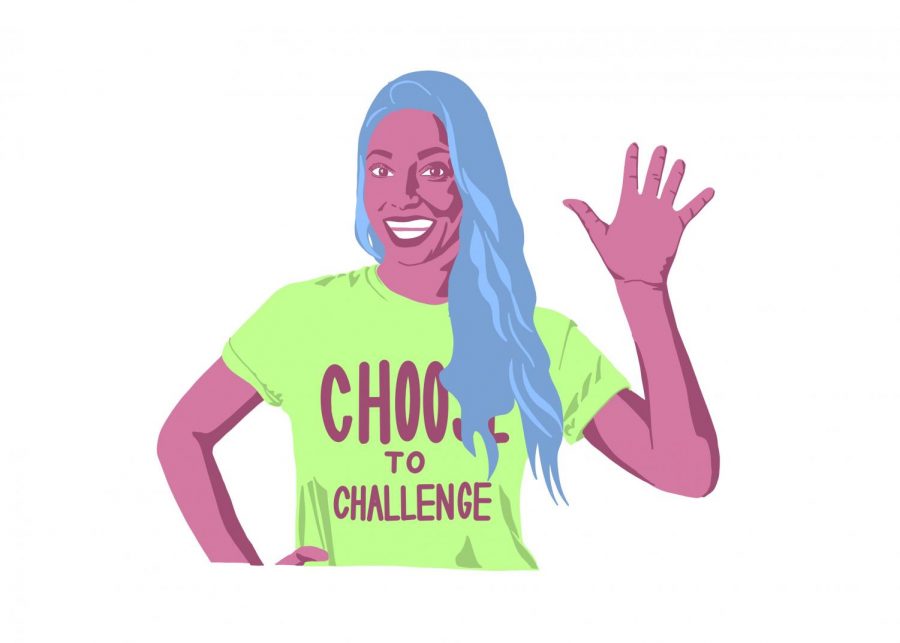 Today, March 8, is International Women’s Day: a day that celebrates women’s achievements in politics, arts, athletics and sciences. On March 19, 1911, more than one million women attended marches and protests to campaign for the right to vote, equality in the workplace and the ability to hold office. These gatherings marked the first International Women’s Day. Over a century later, crowds now join together worldwide to celebrate and rally for women’s equality. 2021’s theme is “Choose to Challenge,” which encourages people to stay vigilant in confronting sexism.

One of the goals of International Women’s Day is to empower women in science, technology, engineering and mathematics (STEM), fields where women are currently underrepresented. Over the past two decades, there has been a global effort to introduce more women to STEM, but only around 30 percent of women select STEM-related fields in higher education. By comparison, 64 percent of bachelor’s degrees in STEM majors are received by men. Girls Who Code, a Redwood club, aims to defy long-standing gender stereotypes and create an inclusive environment where girls can learn coding skills. Claire McKechnie, one of the club’s leaders, believes it is important to celebrate women’s accomplishments in STEM so that younger girls can see STEM as an opportunity for themselves.

“If we want to have a world where genders are equal, it’s important to raise awareness and celebrate the amazing contributions that women have made [to] our society and challenge any inequality that we see and call it out,” McKechnie said.

Each club meeting highlights a successful woman in STEM. Club members watch videos and have conversations about the spotlighted woman, learning about their contributions and what inspired them to enter the field.

“It’s especially important to recognize the women who have and are currently making major contributions to fields like STEM, where … a lot of the time [their work] is underappreciated and hidden,” McKechnie said.

Promoting gender equality is also a focus of the Like a Girl club which teaches younger generations of girls to be confident in their bodies. The club’s leaders, Haley Rothbart and Meghan Roy believe that teaching young girls about body positivity is an effective way to lessen female pressures of having a “perfect body” and the shame and self-doubt associated with body image. The club reaches out to elementary and middle school girls by hosting member-run workout classes at the Athleta store in Corte Madera. Rothbart hopes to achieve women’s equality by instilling female empowerment and positive self image in girls at a young age.

“We felt that we could relate to other girls … and we could hopefully inspire them [because] they’re still growing and they’re still learning,” Rothbart said. “Knowing that you’re surrounded by other people who want to lift you up and … help you reach your full potential [is the best way] to show that women are all part of the same goal.”

Besides promoting gender equality, International Women’s Day works to raise awareness about the body image issues that women often face. Studies show that 86 percent of women are dissatisfied with their bodies and want to lose weight. Additionally, 63 percent of women described their weight as being an important factor in their self-image. This issue is becoming increasingly common as it is estimated that teenage girls see 400 to 600 ‘beauty’ images in the media per day. The resulting lowered self-esteem can lead to serious problems such as body dysmorphia, eating disorders and depression. By teaching girls to love and appreciate their bodies at a young age, Like a Girl is actively trying to help reduce the numbers of teen girls who struggle with body image issues. Roy appreciates the positive changes they can make in the lives of young girls.

“It’s really nice to see our club members talking to and interacting with these young girls who come to [our workouts]. For people in the club, it gives them an opportunity to practice what they preach. If they talk a lot about body positivity, they’re naturally going to [want to] apply that [positivity] to their life,” Roy said.

Additionally, within athletics, women are often faced with gender bias and discrimination. According to the Women’s Sports Foundation, boys receive 1.13 million more opportunities to play sports in high school than girls annually. Only one woman, Serena Williams, made Forbes’ 2019 list of the top 100 highest-paid athletes in the world. Because professional athletes are often large public figures, these inequities reinforce the stereotype that female athletes’ talents and accomplishments are worth less than their male counterparts. This bias extends to the collegiate level, as on average, colleges spend only 24 percent of their total athletic budgets on female sports. Additionally, colleges spend only 16 percent of their recruiting budgets and just over 30 percent of their scholarship and grant budgets on female athletes.

Kendall Johnson, president of Girl Up Redwood, has researched the inequalities that women face in athletics and presented these statistics to her club members. Many of the members have been shocked to see the opportunity gap for male and female athletes, and, according to Johnson, the representation of female athletes is also very alarming.

“The portrayal of a woman in sports media [is very different from men]. Usually, the coverage of women in sports tends to focus on their age or family life. In contrast, men are often represented as valued, powerful and dominating athletes,” Johnson said.

However, conditions are starting to improve, and the Olympics have been working to balance the participants in the games, develop advocacy and awareness campaigns and appoint more women to leadership positions.

In addition to the efforts of these Redwood clubs, to achieve gender equality, people must recognize and continue to study women’s history. History teacher Lindsey Kornfeld believes that it is essential to talk about how women were treated in the past and realize the progress women have made.

“[International Women’s Day] allows for the general public to be reminded that women were considered a disenfranchised group, and they were treated very differently than men were throughout much of American history,” Kornfeld said.

In fact, women did not have universal suffrage in the United States until 1920, which is 50 years after all men gained voting rights. People argued that allowing women to vote would destroy families, and denying this right to vote significantly limited female freedoms. Their disenfranchisement negatively affected women as their voices were kept out of public policy and economics.

While women have since gained the right to vote, inequalities still exist, and gender issues did not and will not vanish overnight. Joining female empowerment discussions and clubs are actions everyone can take now to make women feel more included and comfortable in the future. Additionally, supporting female athletes, politicians and positive influencers is a great way to bring more awareness to women’s achievements.

“There’s been a lot of progress since [the first International Women’s Day], but there are still tendencies leftover from the past. It’s important to celebrate [women’s] achievements because their stories promote gender equality and inspire other women and girls to follow their dreams, whatever their dreams may be,” McKechnie said.