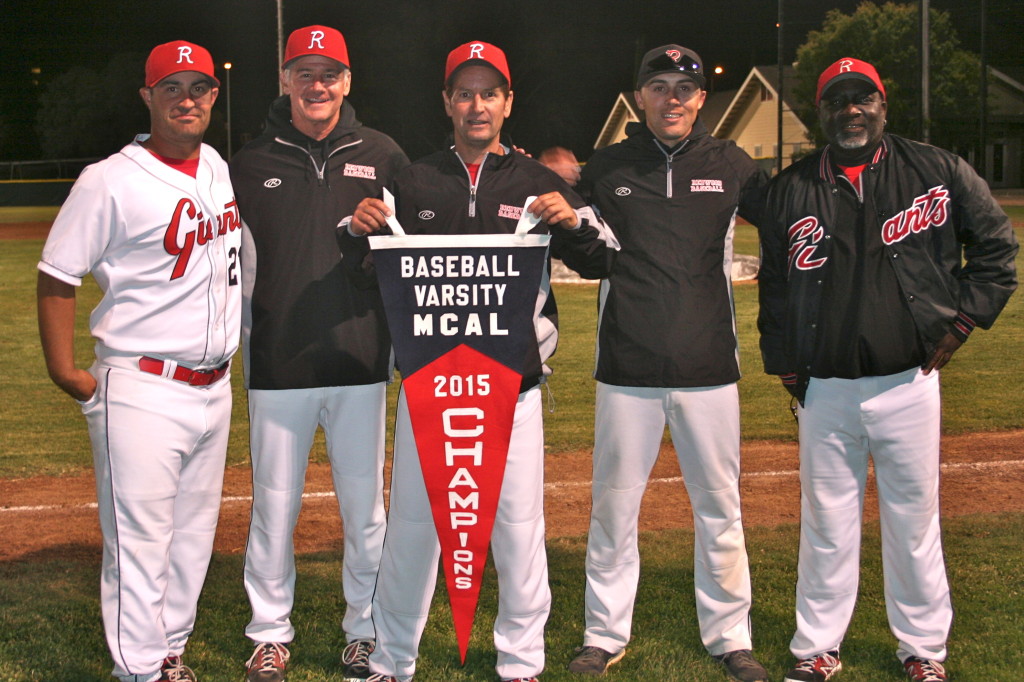 It is 7 a.m. on a cool spring morning and Redwood’s varsity baseball coach Mike Firenzi has already rolled up his sleeves and began working at the field. Even though practice does not start until after 2 p.m., Firenzi is often at the field from sunrise to sunset; whether it is watering the pristine grass or setting up the batting cages, Firenzi is rarely doing something that is not baseball-related. This efficient work ethic has led Firenzi to over 400 coaching wins, nine Marin County Athletic League (MCAL) titles and five Northern California Section (NCS) championships in his career.

Graduating from Redwood in 1983, Firenzi has experienced baseball from the perspective of an athlete as well as that of a coach. After being an assistant coach at Redwood from 1987 to 1990, he was offered the job of head coach at Marin Catholic (MC) at the young age of 25. In his first season, Firenzi led MC to an MCAL title and, over the next two decades, amassed eight MCAL championships and four NCS titles. However, he always wanted to come back and coach at Redwood because he is an alumnus.

“I always had my eye on Redwood when I was coaching at Marin Catholic. Redwood was the premiere baseball program in the state. At the end of the day, though, I always knew I wanted to come back to Redwood because this is where my roots were,” Firenzi said.

Despite their past accomplishments, when Firenzi took over as head coach at Redwood in 2015, the program was struggling. Although the 2014 team made it to the MCAL championship, they lost in a blowout 7-0 game, and had an overall record of 14-11. Firenzi’s main goal in his first season was to turn the program around by earning trust from the team.

“I think the major change I made was just holding them all accountable and making them the best they could be, and they played like lions for me. That 2015 team won eleven run games. They finished twenty-second in the nation and first in Northern California. It was the same guys who played on the team before. It was the same group, they just needed a little guidance,” Firenzi said.

Because of his successes at both MC and Redwood, Firenzi was inducted into the MCAL Hall of Fame in 2018. According to junior player Ben Cohen, Firenzi’s successful career can be contributed to his impressive commitment to the sport.

“He works so hard on the field, and he isn’t even the one who plays. It helps us strive to be great and to be the best that we can be,” Cohen said. “Even if we win 10-0, there is still something to work on. We just always want to get better because we see him putting in so much time himself.”

Firenzi’s determined work ethic is also reflected in how he approaches practices. By creating a tenacious environment in practice, the team is able to focus on real situations so that when it comes to game time, they are ready.

“We waste no time. Our practices are more difficult than the games. That is what I tell the kids: ‘the practice is mine, the games are yours.’ I do not do too much coaching during a game because if I do too much then that means I did not do enough in practice. Physically and mentally, I put them under extreme pressure,” Firenzi said.

In addition to putting them in game-like situations in practice, Firenzi also focuses on maintaining the fundamentals by practicing drills repetitively to achieve success, according to senior player Jackson Reed.

“I think his work ethic really is shown in the way that he pushes us in drills. We will do a certain play hundreds of times throughout the season. Something he always says is that he would rather master three plays than have three-hundred but only have practiced them once. It’s a formula. It is practicing the little things and playing our game without changing for any opponent,” Reed said.

While Firenzi’s job is to coach baseball, he also strives to use it to teach his players life lessons. For Firenzi, baseball offers more to teach than just how to field a ground ball. The skills he teaches provide insight on how to handle a job––a skill that many of the players will need later on, according to Firenzi.

“3 percent of these guys are going to go on to play in college. It is a fact. So that means 97 percent of them are not, which is also totally fine. But I try to send them out of my program as being hard working, being on time, dressing properly and being a good teammate, because I think all of those things transform [the players] when they do go to college and eventually get a job. I tell people all the time that I am not a teacher, but the baseball field is my classroom,” Firenzi said.

Although the environment on the field may be intense, Firenzi is an important, supportive figure for many of the players.

“I feel my players can call me anytime, day or night, with any problem they have. If they need me, I am there. I have been through life’s ups and downs, so I am there to help them. I am not just their baseball coach,” Firenzi said.

With his dedication and encouraging role as a coach, Firenzi is seventeen wins away from the MCAL all-time record of 472. Looking forward, Firenzi and the team are focusing on winning a third straight MCAL championship and an NCS title. According to Cohen, Firenzi’s leadership will be the factor that pushes them to succeed, coming from advice given on and off the baseball field.

“Firenzi teaches us things bigger than baseball. He not only teaches us to work hard on the field, but also in our lives where he teaches us to be young men,” Cohen said. “I do not know another coach like him. He is a very selfless person, and he teaches us that, and that is how we are going to find our success this year, through his influences.” 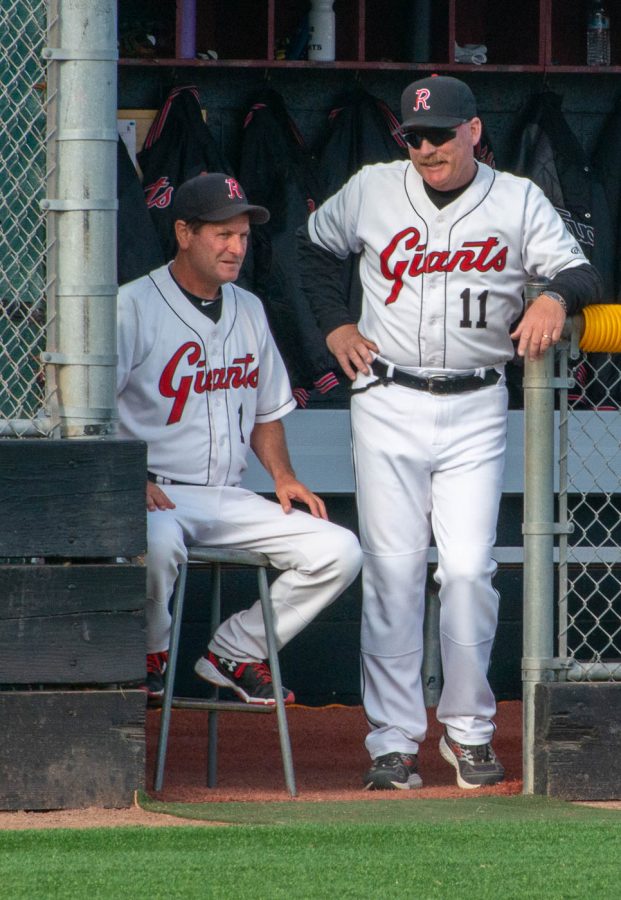