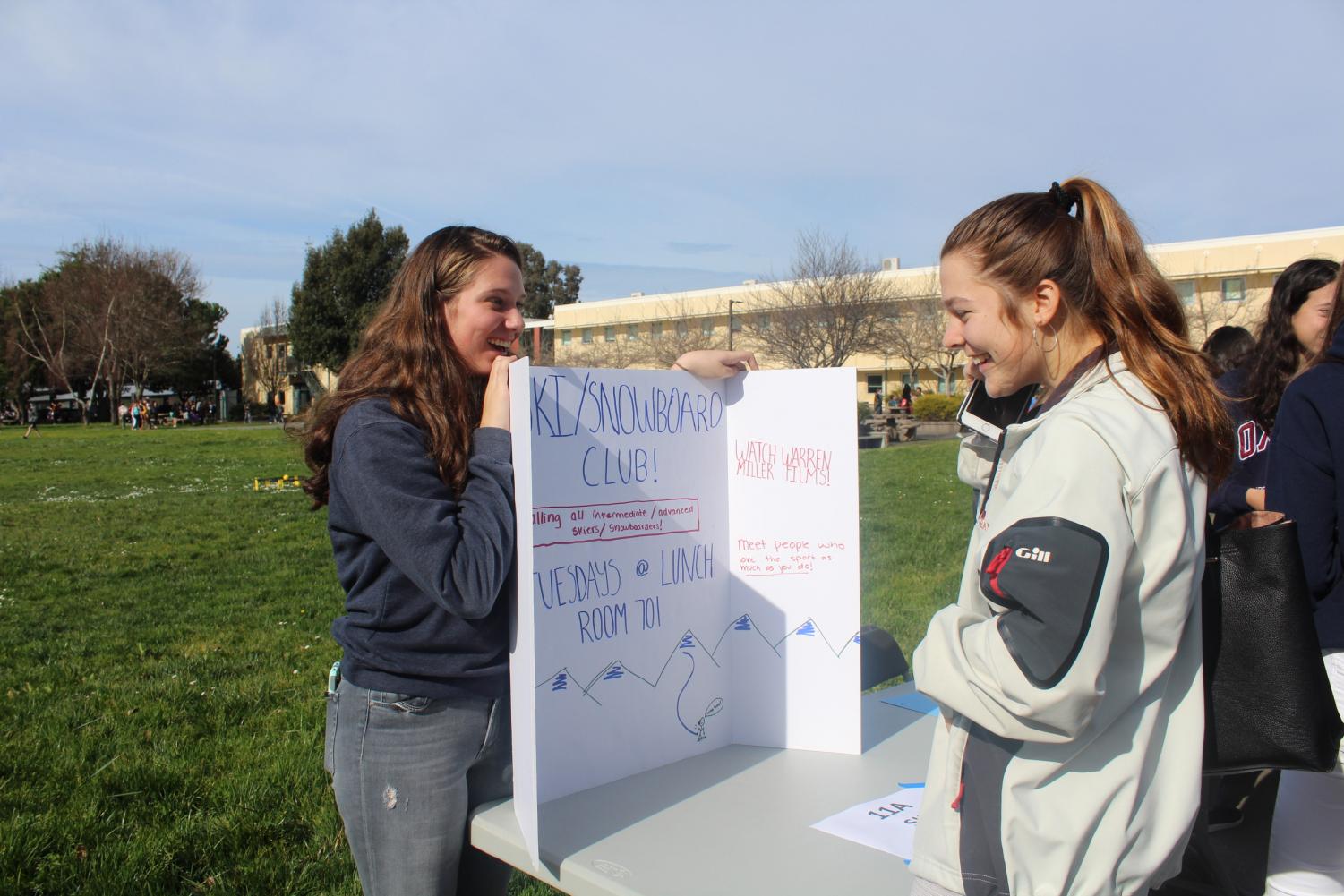 Redwood returns to spring semester with the semiannual Club Day

On Wednesday, Jan. 29, students took part in the second semester Club Day. This day is a semi-annual event that allows all new and pre-existing club members to come together on the South Lawn during lunch to promote their clubs and recruit new members. Colorful advertisement booths with enjoyable activities bordered the lawn, helping to engage and inform the student body as well as to provide students with an entertaining lunch break. Club Day is an important day for club presidents, as this is one of their only opportunities to advertise their clubs to gain new members.

Senior and Daraja club co-president Claire Fogarty is grateful for the event, as it helped her gain more traction for her organization and spread the club’s influence.

“We got a lot of new members at our last Club Day, and we just want to keep that momentum because Daraja is definitely a strength in numbers type of deal,” Fogarty said.

The Daraja Club has been at Redwood for four years and continues to grow under the leadership of Fogarty and her co-president senior Cleo Norris. It fundraises for the Daraja Academy in Kenya, Africa, a secondary school for girls who are limited in their pursuit of higher education. Fogarty viewed it as a prime opportunity to educate and gain new members, as both her and her co-president will graduate next year.

“We already have a really strong base, but we are always looking for more [members]. Cleo and I are graduating this year, so we really hope to leave the club in good hands,” Fogarty said.

A relatively new club that was also eager for the second semester Club Day was the Climate Now Club, led by freshman Sarah Goody. Climate Now is an organization started by Goody during her eighth-grade year after she noticed a lack of youth programs connected to the global climate crisis. According to Goody, the Climate Now Club’s overall mission on Club Day is to help educate and change Redwood students’ outlook on climate change.

Another club that hoped to gain some new members was The Friendship Club. This club is run by sophomore Sadie Leonard and involves all special education students as well as students outside of the special education classroom who want to help with their club’s activities and create new friendships. Meetings consist of members doing activities like arts and crafts, baking, cooking and music.

“It’s a great time, and it makes all the kids so happy when they have people that come in that are excited to chill out and do art with everyone,” Leonard said.

During Club Day, Leonard wanted to advocate for her club but also inform the students about the impact they can have on special education students.

“We really want to get people excited about our club and understand what we are doing and how happy it makes the kids,” Leonard said.

Though Club Day is over, students can still go to the Redwood website at https://www.tamdistrict.org/domain/154 and gain information on clubs they are interested in joining. 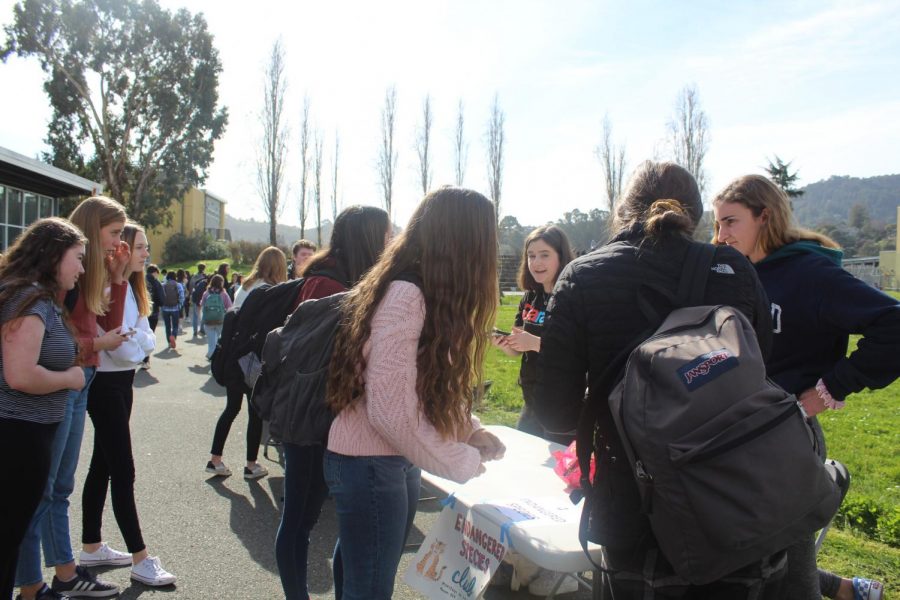 Gallery|12 Photos
Photo by Emma Lightfoot
Students consider joining the Endangered Species Club as they look at the club’s booth.