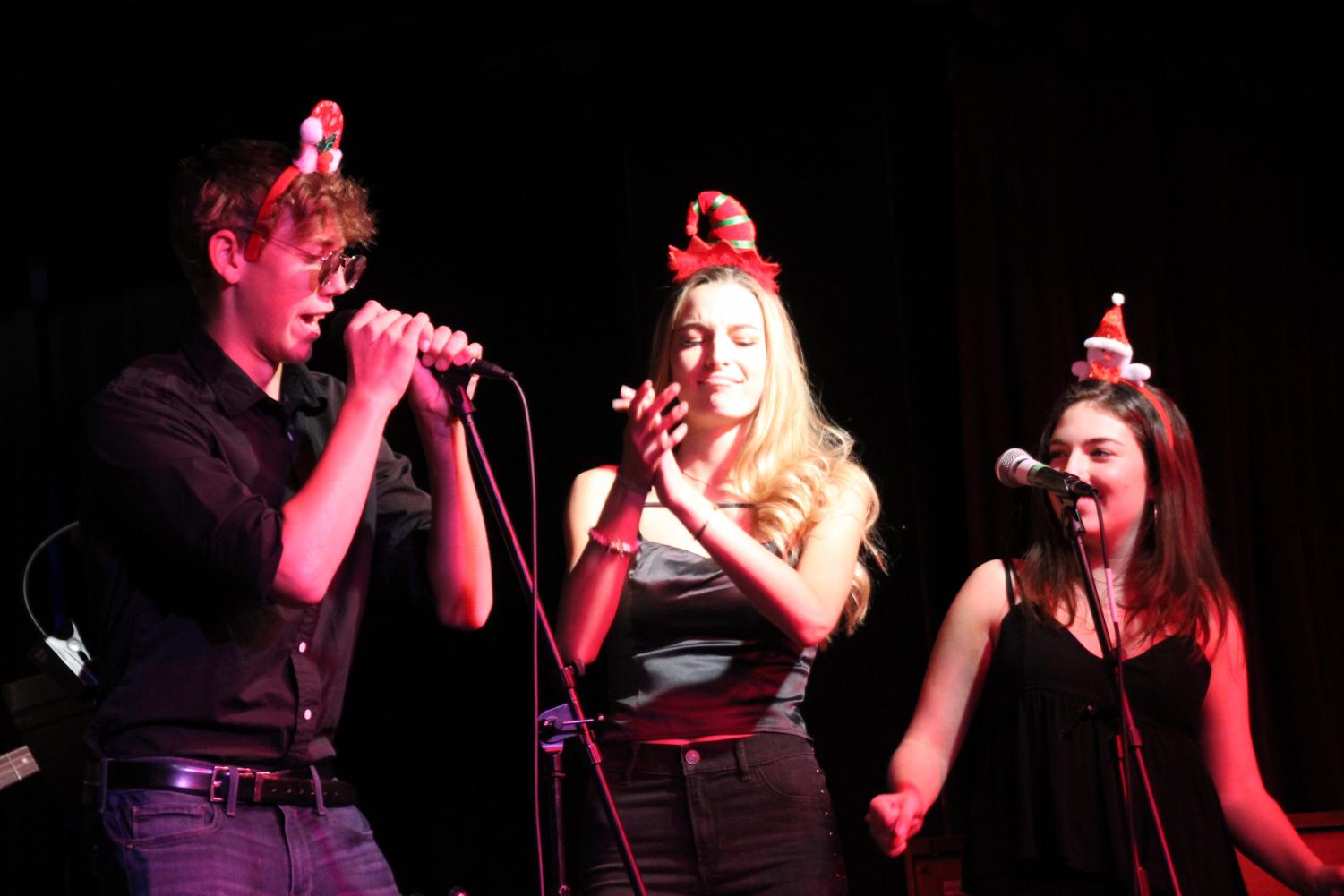 Taking the stage in front of an enthusiastic crowd, the Advanced Performance Workshop (APW) class performed their fall concerts on Tuesday, Nov. 12 and Wednesday, Nov. 13 in the Little Theater. Lead by APW teacher John Mattern, the class has  practiced in and out of school throughout the whole semester to make the two shows a success. The concerts included 12 to 15 songs a night, played by small groups the students formed themselves. This year, the music covered a range of genres, including pop, rock and blues.

With the help of emcees, the crowds and performers exuded energy and excitement. Most songs such as “Christmas in L.A.,” lead by junior Megan Bober, brought joy to the whole audience as they clapped along to the catchy beat of the piano, drums and guitar. Another song, “Can’t you see,” sung by senior Cassidy Fragakis, soothed the audience with its acoustic guitar. To finish off the APW performances, the entire theater jammed out to “Go by Richard, Not Dick,” performed by sophomore Charlie Freiburger, juniors Aidan Thompson and Ian Tilley and senior Charlie Moore.

APW students are spending the rest of this semester and the start of next semester preparing for one of Redwood’s favorite nights of the year: Night of Blues, on Mar. 27. 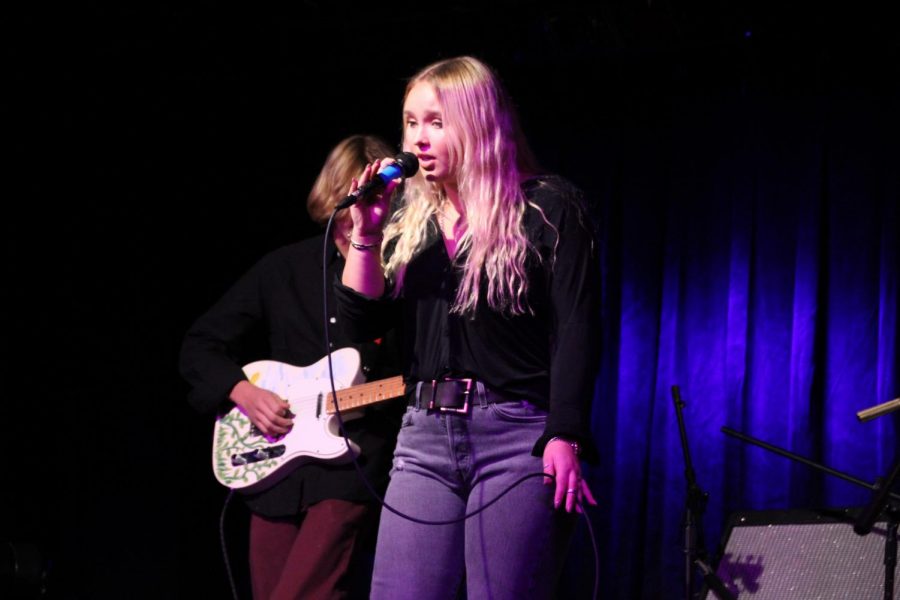 Gallery|21 Photos
Sol Ladetzky
Senior Sophia Roseler holds a microphone as she sings “It Ain’t Over Till It’s Over” by Lenny Kravitz.