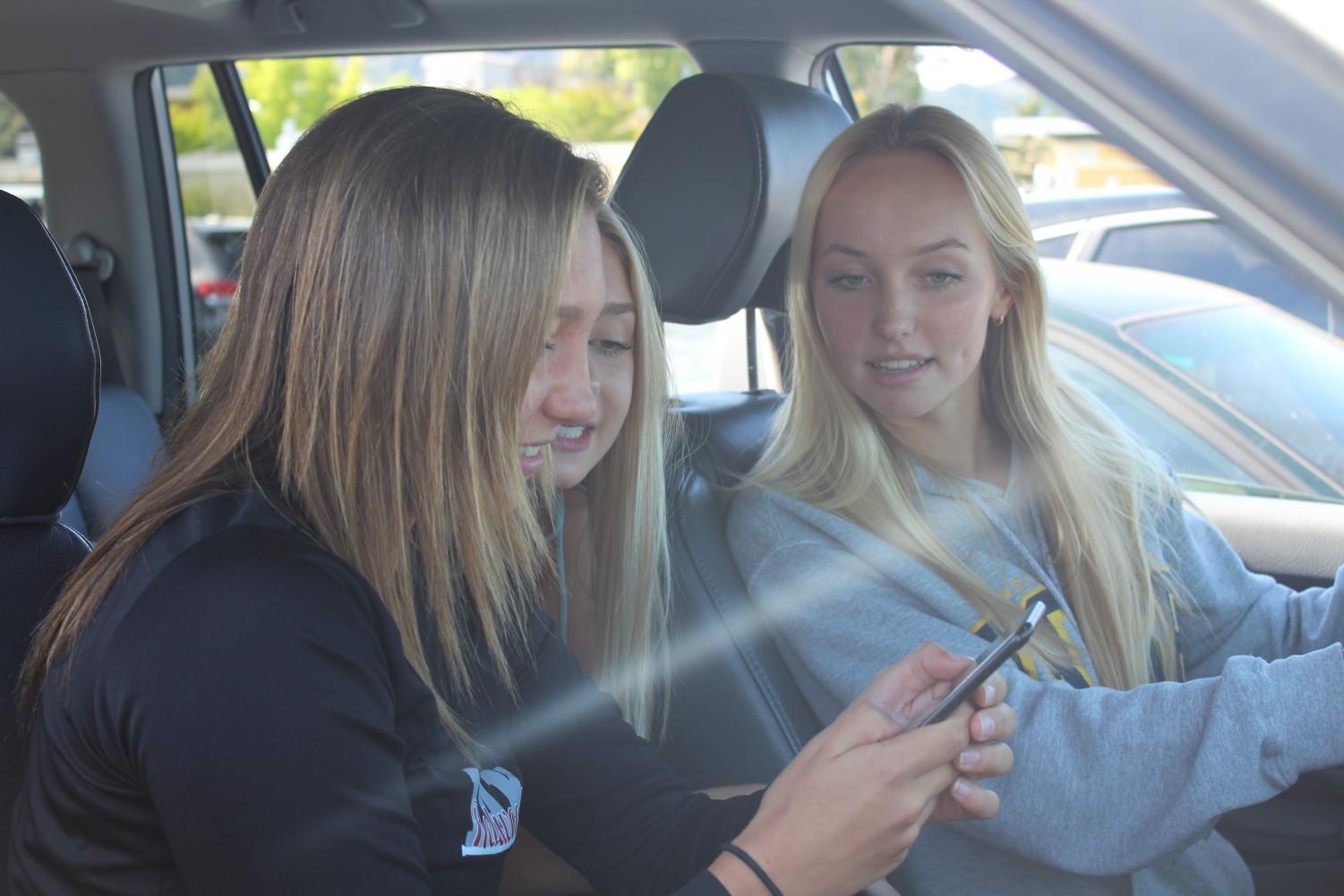 Transporting passengers puts teens at a higher risk for accidents due to peer pressure and distractions.

Transporting passengers puts teens at a higher risk for accidents due to peer pressure and distractions.

Putting a red light on teen collisions with provisional licensing

“We made a dangerous turn, got T-boned, slid probably 30 feet and did a 180 up onto a curb,” senior Timothée Walters said. “The airbags went off, but I slammed my head on something inside the car and got concussed.”

Walters recently got into an accident while driving with his friends, all aged 17. He was left with a concussion, but thankfully no one else in the car was hurt during the crash. Walters is not alone in his experience, as similar incidents occur frequently and often with much more serious results. Just two days after Walters’ incident, a 16-year-old San Marin High School student was killed while driving two friends in a single car crash in Novato.

According to San Marin junior Sydney Tyra, the crash not only affected those in the car but the entire school.

“It took a toll on everyone, whether you were close with [the people in the accident] or not. It’s just so sad to think about someone who was in your grade or at your school that something like [the car crash] could happen [to them],” Tyra said.

According to the California Highway Patrol (CHP), traffic collisions are the leading cause of death for people ages 16 to 19. In order to reduce the prevalence of teenage accidents such as these, specific rules have been instituted for teens who obtain their license. Teenagers aged 18 or younger are issued provisional licenses, under which they are not allowed to drive passengers younger than 20 years old without a licensed adult over the age of 25 in the car, during their first year of driving.

Andrew Barclay, the public information officer for CHP, said the rule was implemented after data in the 1990s revealed teens were more likely to get into car crashes than the general population. Further studies showed that 50 percent of deaths in these crashes were not the drivers, but their passengers, according to the National Highway Traffic Safety Institute.

In 1994, three years before provisional licensing was implemented, 6,000 teenage drivers were involved in fatal car crashes, according to the AAA Foundation. In 2018, the Center for Disease Control and Prevention put that number over 50 percent lower at 2,346. For Barclay, this data serves as justification for the initial restrictive laws.

“It’s not just that these laws were arbitrarily designed as a punishment for teenagers. A lot of research and backing has gone into it. If you look at the numbers of teens that have been killed in crashes, it has actually changed over time. As these laws have been implemented, the numbers have gone down pretty significantly,” Barclay said.

Despite legal efforts to combat teen automobile deaths, many drivers still transport underaged passengers before they have had their license for a year. An October Bark survey revealed that over 88 percent of students who could drive had, at some point in their first year of driving, transported passengers under the age of 20. The issue is not only prevalent at Redwood as the 16-year-old who was killed attended San Marin High School and was driving two friends at the time of the crash.

Tyra said that the rule is commonly ignored at San Marin, but the recent accident has made her more aware of the dangers of disobeying it.

“People can distract you when you’re with your friends and [the distraction] puts the driver in a bad position. You could lose your license and actually hurt your friends,” Tyra said.

Officers can have difficulty holding teenagers accountable for obeying the laws of their provisional license. Violations of these licenses are secondary offenses, meaning an officer cannot pull someone over solely because they suspect they are breaking the rules of their provisional license. This makes it impossible for officers to charge teens for going against the license’s restrictions unless they break another law simultaneously.

While senior Avery Lieberman understands the reasoning behind the law, she can also understand why teens often disobey it.

“I think the rule has good intentions, but… I feel like a year is a little too long,” Lieberman said. “I definitely understand why there’s that rule in place, but I just think it’s a little excessive.”

Barclay explained that driving with friends is not only a danger due to distractions, but also because of pressure teenagers may feel in the presence of their peers.

“The biggest issue we see with teens is obviously either peer pressure or trying to show off for their friends,” Barclay said. “Don’t go out there and try to show off to your friends by driving fast, or showing that you can drift or other things that are inherently dangerous.”

Barclay said that just because there is a passenger in the car, does not mean they have to be a distraction. He encourages passengers, especially teens, to make sure they are not distracting the driver or encouraging them to do something that may put anyone in danger.

When teens are on the road, regardless of whether they have passengers, Barclay stated that it is imperative they focus on driving safely.

“[Drivers should] understand that driving is about getting from ‘Point A’ to ‘Point B.’ It is not about showing off to anyone,” Barclay said. “Becoming a good driver comes with building good habits and practicing good habits.”