It feels like we’ve done one side of the deal

Affordable housing in Marin is rare, according to Leelee Thomas, the planning manager with the housing and federal grant division for the county of Marin. Thomas attributes the lack of housing to particular aspects of the county’s demographics. 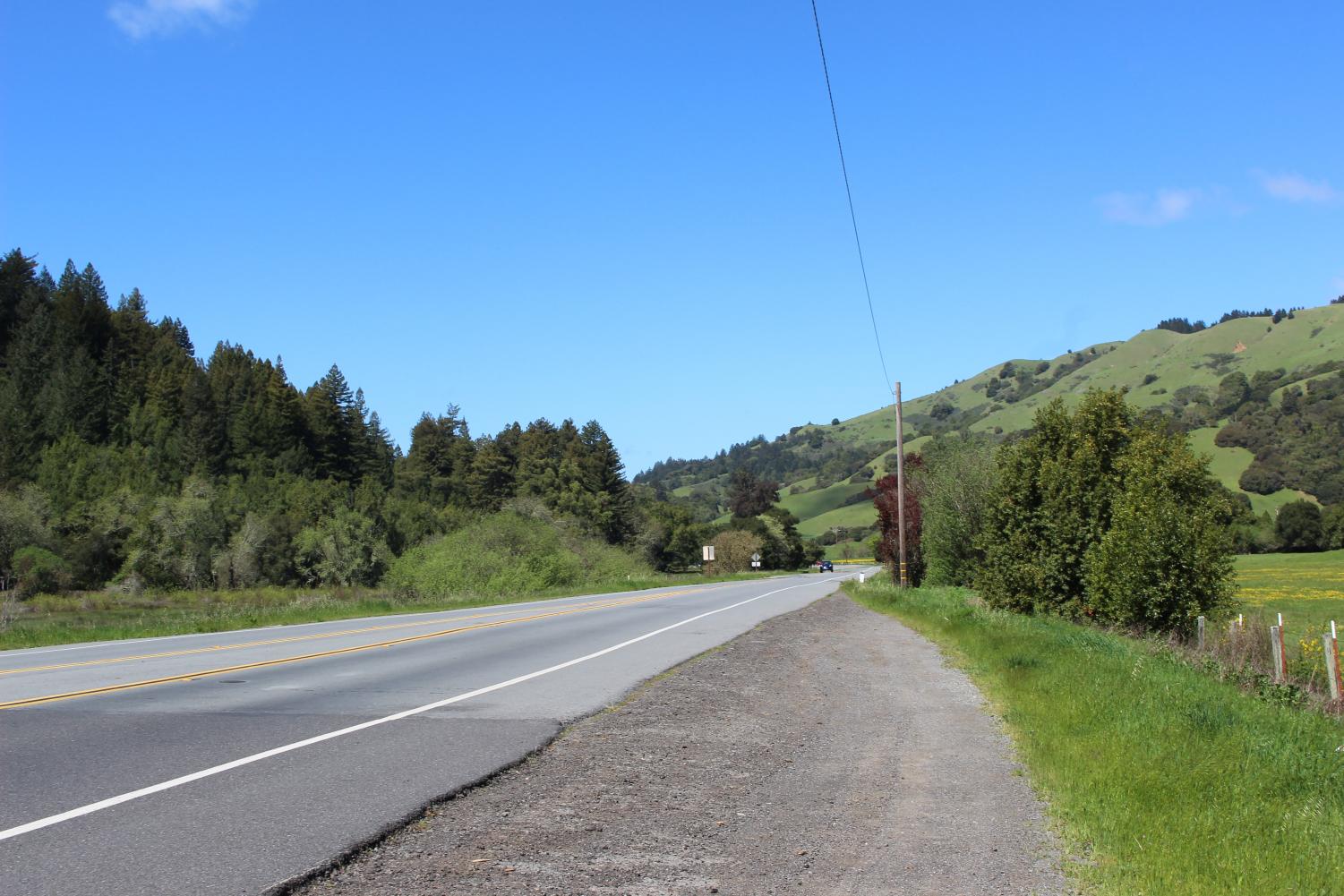 “There’s a number of indicators. One is that most of the people who work in this county don’t live here. Over 60 percent of the folks that live in this county are commuting in, and they tend to be lower paid and more diverse than Marin’s population as a whole,” Thomas said. “Another is how high our rents are and how low our vacancy rates are, as well as how high the median housing cost is.”

“Some of the impacts, in addition to traffic, are that those folks are not part of the community so they clear out and are not spending their dollars here. If you look at the county, the employees who live here are able to be involved with their community and if they are having to drive an hour or more, then they are not able to do that,” Thomas said.

People who have hopes of moving into Marin face the issue brought on by the lack of affordable housing as well. They have limited options of where they can buy or rent and it makes housing only available to the wealthiest, according to Thomas.

“It limits who [is] going to live here. [Marin is] becoming more and more of an affluent-only community so we just don’t have diversity in income, as well as racial and ethnic diversity. Marin is the least diverse county in the Bay Area,” Thomas said. “We just have expensive single-family housing homes. We don’t have condos or apartments so that people can live at different affordability levels.”

While the amount of open space in the county affects the amount of available housing in the long run, it is not something that can be easily changed. According to Thomas, when it was determined that land would be made undevelopable, the county knew that meant they would have to compromise and build housing elsewhere.

“When the county decided that they were going to preserve that land […], the idea was that in exchange for that they were going to put more housing along the 101, along the freeway. We were going to build to some more dense housing, higher housing,” Thomas said. “There’s been a lot of community opposition to doing that. Unfortunately it feels like we’ve done one side of the deal, of making sure we’ve done a good job of protecting our open space but we haven’t done such a good job of building higher density housing so that only choice isn’t just a single family house.”

More housing can also be found by converting currently run-down buildings throughout Marin into livable homes and surrounding communities. Thomas sees potential in older commercial buildings that are currently underutilized. 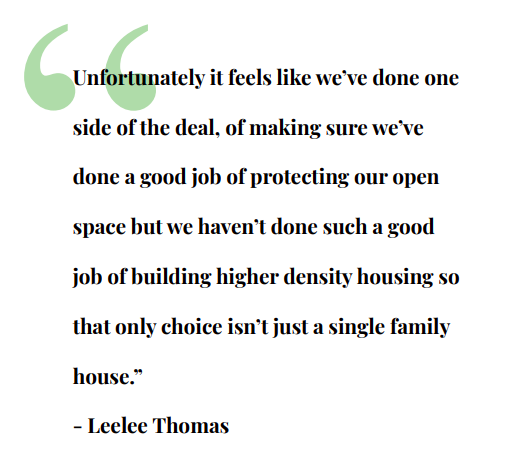 “If we could develop those [buildings] and put housing above, a couple stories above, and then put retail or commercial space on the bottom, it would help support [the communities] and make them more vibrant. People want to have coffee shops and little markets in their community that they can walk to. You’d have more population and more people who could work in those shops and live locally that help support them,” Thomas said. 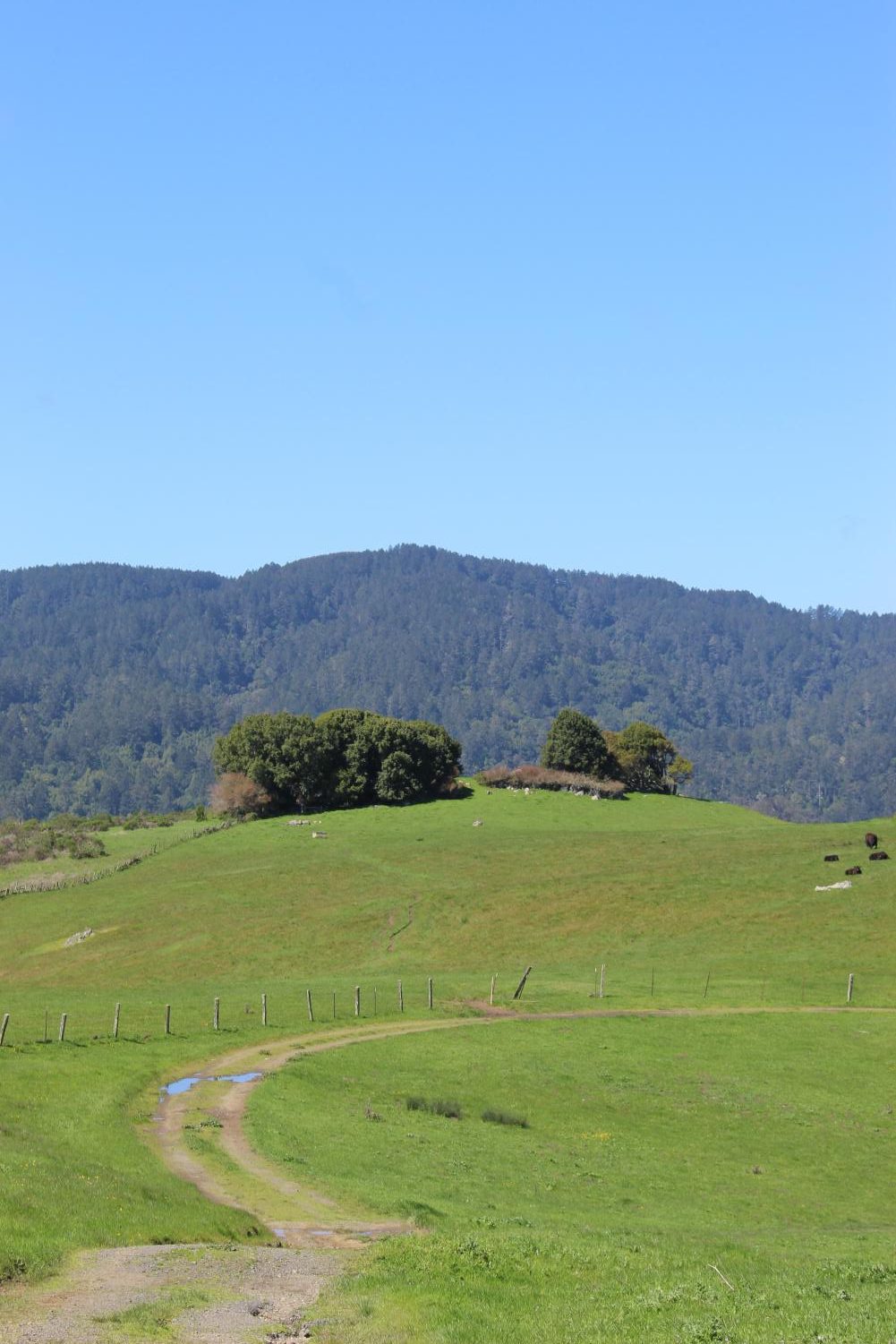 Nevertheless, some of the stigma around building high density housing in Marin that emerged when open space was first being proposed, remains today. According to Thomas, in order to be able to welcome a more diverse group of people into Marin while maintaining the open space that gives current residents high property values, people need to be willing to compromise and allow for the introduction of higher density housing.

“[Current residents need to be] open to developing a little higher density. People hear high density and they get a little nervous about it. People think they we’re going to turn into San Francisco, […] but nobody is proposing that,” Thomas said. “If you look at some of the older downtowns like Larkspur and Fairfax and San Anselmo, there are stores on the bottom and one story apartments up above. If we did that with maybe two stories above them, that could be a significant amount.”