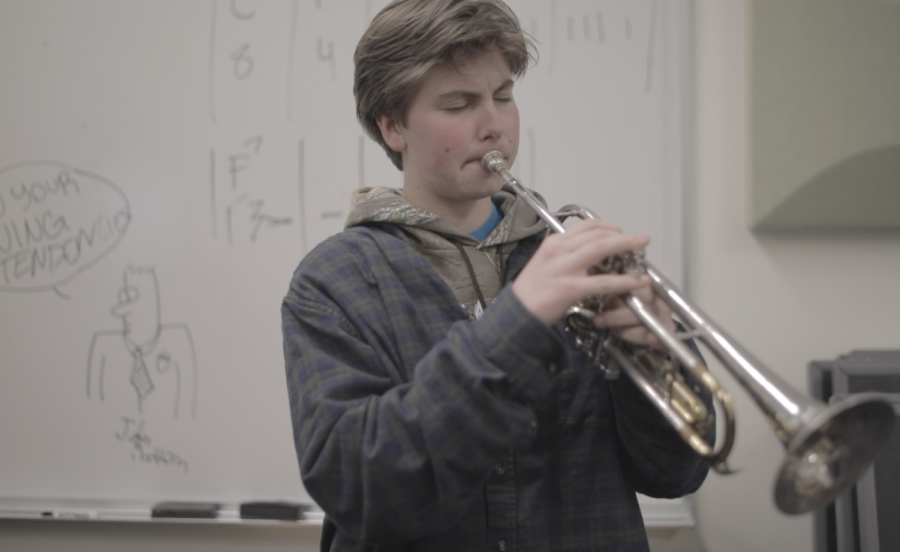 Sitting in the expansive music room, senior Betsy Tietze feels at home. She has spent the past four years progressing through Redwood’s music program, but even before high school, music has always been a large part of her identity.

At age four she began playing piano at the request of her parents, and shortly after, joined her dad’s choir. Tietze and her older sister play music together; she plays guitar and her sister plays the cello or sings.

“We have a similar taste in music, so we like to jam together and play songs. I also like to play with my parents because they’ll accompany me,” Tietze said.

Despite her multiple musical instruments, the trumpet has always been her instrument of choice.

“My parents had a deal with us that if we wanted to play a different instrument, then we could quit piano. I was really restless so I hated sitting down and I wanted to play the trumpet. So they got me one when I was seven and I’ve played for ten years now,” Tietze said.

With the trumpet, Tietze enjoys playing romantic classical music, and on the guitar, she likes to play rock, blues and indie songs.

Tietze plans to go to college to study classical trumpet, and her long term goal is to play in a professional orchestra.

“When I was younger I didn’t really like practicing that much, it kind of bored me. But, now I really like improving. It’s kind of like peeling an onion. At first you are focused on articulations and notes, as you get better and better you get more in the inner mind version, like how you’re supposed to play it and think about it. I really like that. As well as when I’m performing, I really like hearing the sounds resonate around me,” Tietze said.