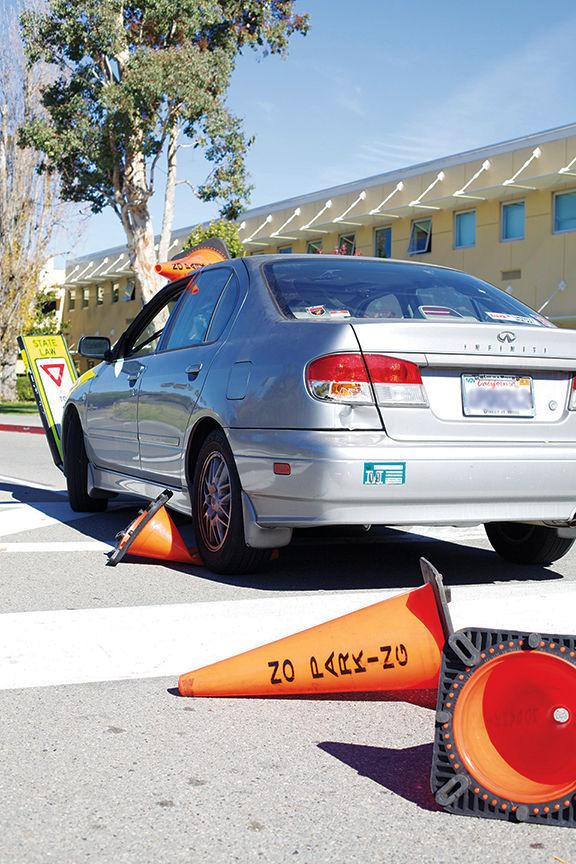 The United States has 10.4 fatalities by car accidents per 100,000 people per year as of a recent study.

Taking drivers’ ed classes and doing 50 hours of supervised driving can seem tedious for many teenagers, but the long process pays off when a drivers’ license is received.

Getting a drivers’ license is often seen as a big accomplishment, but there are downsides to getting licensed at 16—in the United States, driving accidents are the leading cause of death among young adults aged 15-29.

Teenagers in the U.S. can get their licenses earlier than they can in most of the world, as the driving age is 17 or 18 in all but five countries.

Some argue that driving age doesn’t affect the accident rate—the methods of preparing and testing for a license are of more importance.

According to Jim O’Brien, the owner of ABC Driving School, raising the driving age would probably not decrease the rate of accidents for new drivers.

“What makes people better drivers later on is the fact that they have all that experience behind them,” O’Brien said. “A lot of 16- to 18-year-olds have a lot of accidents, but if you raise the driving age, what you would find is that a lot of 18- to 20-year-olds would have accidents.”

“In this country right now, it’s too easy to get a license—it only takes 15 or 20 minutes to pass the DMV test.  It’s just not enough,” said Bill Allenbaugh, the owner of Bill’s Defensive Driving School.

Allenbaugh stressed the importance of good training for new drivers.

“A lot of accidents are due to poor training—we could change legislation to make it harder to pass the test and to make lessons more effective,” he said. “Just driving aimlessly for 50 hours isn’t effective for learning.”

Senior Jane Bhan said that getting a license is a bigger deal in America than it is in her home country, South Korea.

“South Korea’s legal driving age is 18, but South Korea has a really nice system of public transportation, so a lot of people don’t find it necessary to have a car when they turn a certain age,” Bhan said. “Here, when you turn 16, it’s kind of a big deal to get a permit, get a license, and start driving yourself around.”

Bhan said that South Korea has more accidents partly because of the population density, especially in the cities.

The number of cars and the population density of a country are important factors which affect accident rates.

The U.S. is third in the world for most cars per capita, with 797 vehicles per 1,000 people, according to the World Bank. In contrast, many countries have more public transportation and cars are not always needed.

Junior Marta Yacobi moved to the U.S. from Spain, and said that people drive more here because there are less public transportation options available.

“Public transportation is really good there, so you really don’t need a license,” Yacobi said. “It’s not as big of a deal as it is here.”

Yaroslav Kurakin, a senior who lived in Russia, said that driving in the U.S. is different than driving in his home country. In Russia, the driving age is 18.

According to Kurakin, driving isn’t as important for Russian teenagers because they often cannot afford a car.

“The price of cars relative to wages is very high in Russia,” he said. “Most teenagers don’t really have a car until college or after college. Many people don’t have one for a long time.”

O’Brien said that, in his opinion, driver’s education classes could be improved.

“Too many people don’t really follow the course—basically, they just try to answer the questions at the end, or they get their parents to help them or something like that,” he said. “When they get in a car, they don’t really know all the rules of the road.”

According to Yacobi, getting a license is a longer process in Spain than it is in the U.S. Yacobi said that all new drivers must go to a driving school for 30 hours, and they can only get three errors on their driving test. In Spain, the driving age is 18.

However, Yacobi said that, despite the less-stringent licensing rules in America, teenagers here are better drivers than teenagers in Spain, simply because they begin driving earlier.

Both Allenbaugh and O’Brien said that the most important part of the licensing process is parental guidance and practice.

“If you get your driver’s license at 16, you have at least two years of supervised driving because your parents still have some control,” O’Brien said. “If you’re in college and you’re away from home, you’re totally unsupervised with a brand-new driver’s license. So I think 16 is a good age.”