Backpacks prove detrimental to back development 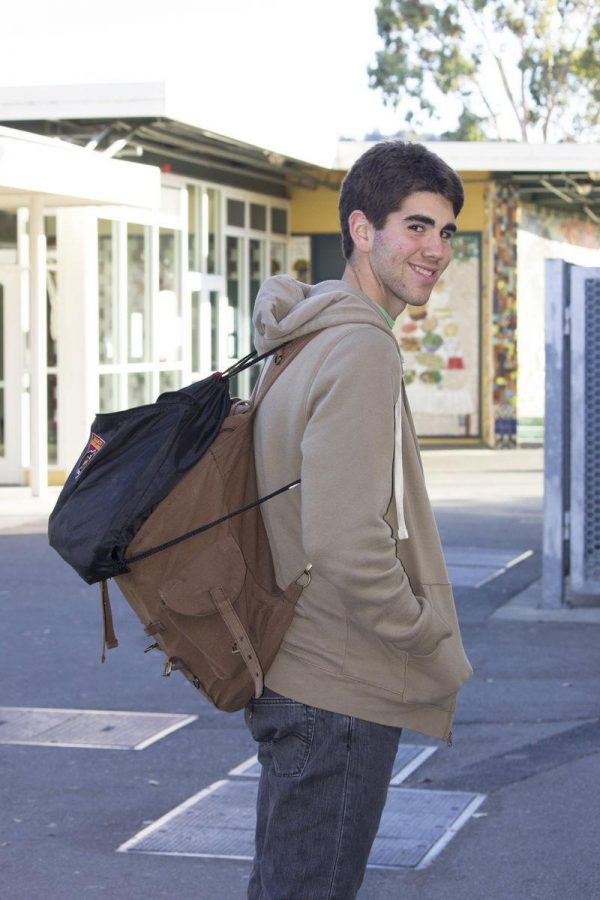 Selling tickets for a film festival in San Anselmo in the summer of 2013, senior Beckie Salcedo felt a sharp jolt of pain in the lower right side of her back. She could neither sit still nor stand up, and forced herself to leave work and go home.

“I tried to power through it,” Salcedo said. “But the pain was so bad I ended up missing some school and had to wear a brace for a week afterwards.” 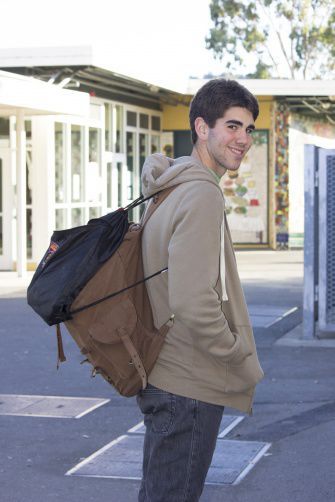 Salcedo noticed her back pain only started when she started high school and the weight of her backpack spiked.

“Last year I had to carry a lot of my textbooks back and forth and it became really heavy,” Salcedo said.  “After that much time [my back] just snapped. It severely messed with my spine.”

Recent data from the U.S. Consumer Product Safety Commission estimates that over 14,000 children ages five to eight are hospitalized annually for backpack-related injuries, with nearly 5,000 of whom were sent to the emergency room.

While most teenagers are likely ignoring moderate pain levels, Dr. Michael Tsao, a San Rafael pediatrician, warns that prolonged exposure to heavy backpacks can lead to increased discomfort and cause more serious back problems. He recommends that backpacks should weigh no more than 10 percent of a student’s body weight.

“Our backs are made up of a network of muscles, tendons and ligaments,” Tsao said. “If you are carrying something too heavy, it can strain that network of soft tissue.”

Athletic trainer Americ Alvarado said it is more important to monitor back pain in adolescents because their backs are still developing.

“At this point in high school, you’re going through  a ton of growth spurts, and your body is elongating, getting bigger and getting stronger,” Alvarado said.  “When you have something that weighs you down, it compresses your spine and discs. This can change the way your spine is aligned due to the weight of the backpack. You don’t want back pain when you’re 16 years old.”

The type of backpack and how it is carried can also lead to chronic back pain.  Both Alvarado and Tsao warn against using one-strap bags, even if they are more fashionable to students.

“You don’t want to drape all of the weight over one shoulder because you will only cause an asymmetrical weight load on one shoulder,” Tsao said.

Senior Adam Loo experienced this firsthand during his freshman and sophomore year when he used a messenger bag instead of a backpack.

Loo wore the messenger bag every day when he biked to school, which he said forced him to hunch over and pull at his shoulder. He said that according to his physical therapist, this caused issues when he played lacrosse and had to make hard motions like twisting his body.

“I was moving across my body a lot, so it was that contortion that threw off everything that I was doing,” he said.

Alvarado confirmed that backpacks increase the risk of a severe sports injury.

Despite waking up with his back sore and improperly carrying a backpack for nearly a year and a half as an underclassman, Loo said he avoided seeking help.

“For a long time I carried my backpack wrong and it didn’t affect me, but then it started to affect me more in small increments until it really hurt,” Loo said. “With sports, biking, and genetics, it was kind of the perfect storm.  Everything kind of came together to damage my back.”

Heavy or improperly carried backpacks have been known to cause herniated discs in the spine, in which one of the fluid-filled cushions in between bones dislocates out of the spine, according to Tsao.

Tsao suggests going to a doctor if the pain worsens, as well as taking precautions at home.

“At home, putting a heating pad on your back for 15 to 20 minutes every hour as needed can help decrease any inflammation,” Tsao said. “Take Ibuprofen for the pain. I would also avoid excess bedrest, because lying in bed all day has been shown to worsen back pain, not improve it.”