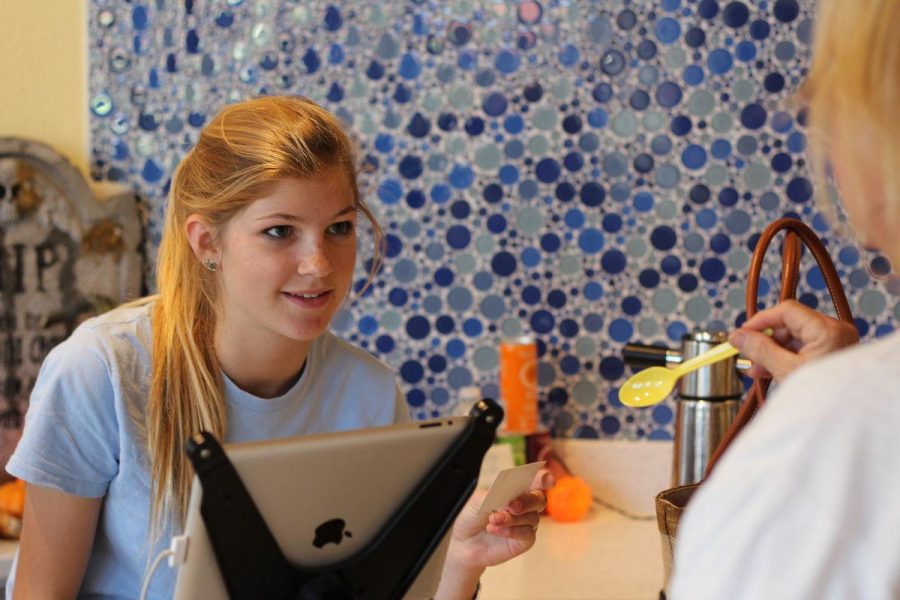 After school, some students might spend their time doing homework, practicing a sport, or hitting the gym.  However, a few students prioritize their time while being employed in part-time jobs.

Juniors Andy Toizer, Alex Dubin, and senior Navid Izadjou are a few students who have chosen to work as well as manage their other priorities.

Izadjou is working at a part-time job at Mag’s, and he said that working requires a kind of commitment unique to any of his other priorities.

“Any job in general brings a sense of dedication that you need to have that’s unlike anywhere else,” Izadjou said.  “Unlike having a sport, having a job requires the sort of commitment that you don’t always necessarily want to follow through with.”

While Izadjou said that working consumes a lot of his leisure time, he said that he believes it helps him prepare for any later full-time jobs he might have.

“I think the more you get used to that structure with a boss, the better it is for the future,” Izadjou said.

Toizer, who has been working with kids at the Bay Club since August of last year, also said that working has helped prepare him for future employment.

“Working has taught me a lot of skills that help me work with a boss, especially because my boss is really disorganized,” Toizer said.  “It helped me to learn to be persistent because you have to be respectful even when she’s not.”

According to Toizer, being employed at the Bay Club has also helped him formally handle parents as well.

Originally, Toizer said that he began to work not only because he needed the money, but also because he enjoys working with kids.  According to him, dealing with the children has provided him with a different perspective.

“It’s given me a much more realistic look on working with kids because this is the first time I’ve had to be in charge of so many kids by myself,” Toizer said.

While both Toizer and Izadjou mentioned that work has been difficult to balance with their school schedules, Dubin said that he enjoys working at Trader Joe’s because it gives him something to do and a way to become more independent.

“It’s been good to have something to do,” Dubin said.  “I’ve become more independent and have had to deal with things more on my own.”

In fact, the only challenge that Dubin said he faced while working was his boss’s lack of flexibility with changing shifts.

“I’ve only had to deal with a couple scheduling issues.  The thing about Trader Joes is that you have to tell them three weeks before if you can’t work on a certain shift do you can change your availability,” Dubin said.  “I couldn’t go to Tahoe one weekend with my family once because I had to work.”

However, Dubin said dealing with small problems like this is a part of the responsibility that comes with a job.