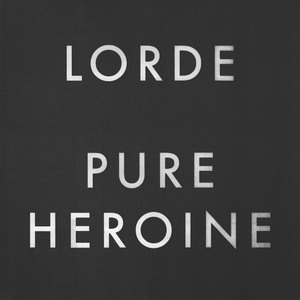 Electro-pop singer Ella Yelich-O’Connor, commonly known by her stage name Lorde, debuted her first album Pure Heroin on Sept. 27, and since then her latest single “Royals” has climbed to the number one spot on the U.S. iTunes chart.

Born and raised in New Zealand,16-year-old Lorde, offers a refreshingly modernistic sound to the world of repetitive pop music. With her deep voice combined with the sophistication of her defiant lyrics, the singer-song writer composes music that portrays a level of maturity well beyond her years.

In her song “Tennis Court,” O’Connor expressed the dramatic changes she’s recently undergone in her exciting new life as Lorde juxtaposed with her quieter life she used to know in New Zealand. With a nostalgic tone, Lorde mentions the view from her first plane ride, where she says she can see “the veins of her city like they do in space.” Listeners become drawn to her personal experience as an up and coming star.

The third track of Pure Heroin is “Royals,” which has reached number one on Billboard’s Top 100, portrays a meaningful message allowing the song to stand out from the rest of the mainstream pop music played repeatedly on almost every radio station.

With phrases like, “And we’ll never be royals. It don’t run in our blood, That kind of luxe just ain’t for us. We crave a different kind of buzz,” the song criticizes the materialistic lifestyle celebrities tend to live and hints that Lorde wishes to stray away from it.

Lorde’s song, “Ribs,” begins with a 50-second crescendo of synchronized voices leading into a riveting, continuous beat. With a wise and smoky allure to her voice the lyrics begin. As the song moves into the chorus, the beat starts to pick up as Lorde lists random unrelated occurrences about her life stated one after another, “the drink you spilled all over me” or “lover’s spit left on repeat,” and then ending with an abrupt powerful lyric, “It feels so scary getting old.” As the beat slows back down again, she descends into the second verse, building a circulatory motion to the song.

Through the rebellious message of Pure Heroin, Lorde has revealed to the world her desire to not be viewed as just another superficial popstar. Although, as she expresses in her song, “we’ll never be royals,” if Lorde keeps making successful albums like this, she’s bound to end up a member of “pop royalty” whether she likes it or not.