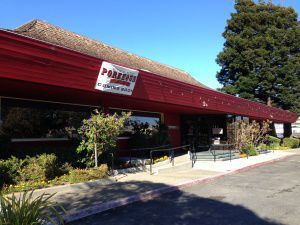 Best Western Plus Corte Madera Inn will be introducing local favorite Best Lil’ Pork House to its lot in mid October, making it the third restaurant this year.

Ken Flach, a St. Louis native, arrived in Marin three years ago and saw the lack of great BBQ restaurants. He opened the first Best Lil’ Pork house on Fourth Street in San Rafael, and will be opening the second in mid-October of this year, said Dylan Flach, manager of the restaurant.

Flach wont be in complete control though, since Best Western plus Corte Madera Inn, the neighbor to the new restaurant, owns the building where the Best Lil’ Pork house will be in.

Nevertheless, the employees of the Corte Madera Inn are optimistic about the new restaurant. “I’m excited just because we own that building. It will be nice to be able to just walk over there if the tenants want something to eat,” said a clerk at the Corte Madera Inn. “I’ve been up to their location up on Fourth Street, and the food is pretty good, and the people that own it are real nice and they seem to get it, so I think they’ll do well.”

Earlier this year, Mexican restaurant “La Plancha” took up the now vacant restaurant. La Plancha was opened February 9th, but was closed down after three months.

Prior to the La Plancha opening, Max’s Diner was in the location for 16 years. The Jewish Deli was closed due to a lack of business in late January of this year.