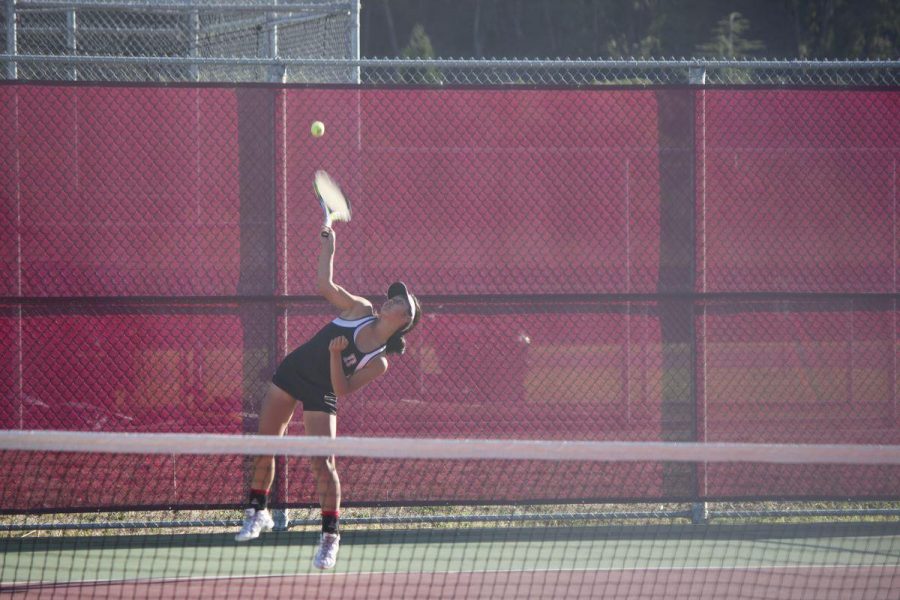 Girls’ varsity tennis lost to Tam yesterday in  a 4-5 loss, handing Tam the number one spot in the MCAL and Redwood their first loss of the season.

The matchup was extremely close, with both teams tied 4-4 going into the final match.  Additionally, three of the nine games in the matchup required tiebreaking sets, according to team co-captain Christina Canady.

According to Canady, the two teams were very evenly matched up, and a few key players underperformed in their matches.  Canady also said no injuries or unusual circumstances contributed to the losses.

According to head coach Marlies Zeisler, because there are an uneven number of teams in the MCAL this season, this will be the only match between Tam and Redwood during the regular season.

One positive moment for Redwood was the win by freshman Lise Swain against one of Tam’s top seniors.  According to Canady, Swain, who just moved back to Marin from Ohio, is currently one of the team’s best players.

“I think she is undefeated, and she doesn’t let anything get to her,” Canady said.  “She’s probably the most optimistic person on our team.”

The team plays next at home against San Rafael on Oct. 1.