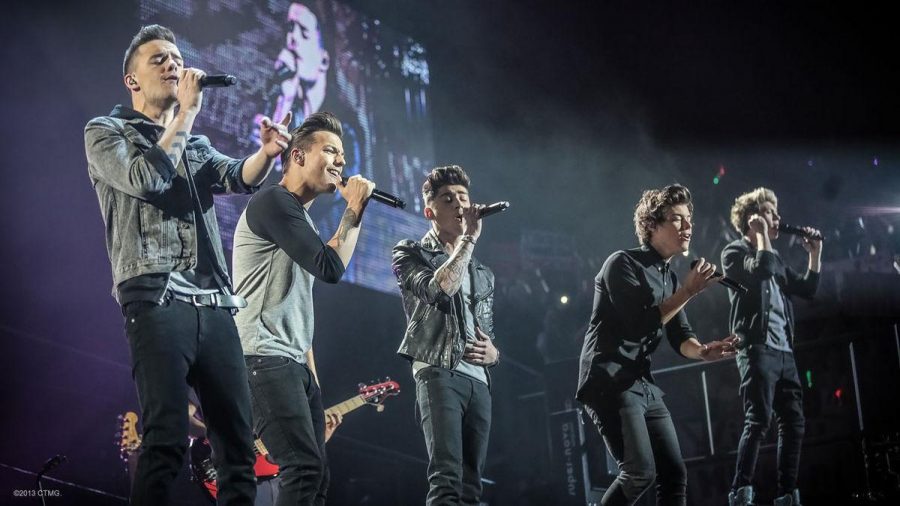 Unless you’re an overly dramatic, ditsy girl between the ages of 11 to 18 and have a separate Twitter or Instagram dedicated to your “favorite” person ever, you’re probably not the biggest fan of the infamous British boy band, One Direction.

Regardless of whether or not their music is enjoyable, Morgan Spurlock’s newest movie One Direction: This Is Us is an inspiring documentary following the One Direction band members, Harry Styles, Zayn Malik, Niall Horan, Liam Payne, and Louis Tomlinson on their spontaneously rapid rise to superstardom.

Spurlock looks closely at each of the musician’s journeys, starting with when they were just ordinary teenagers, through their intense, competitive rise to fame as contestants on the British reality TV show the X-Factor, all the way to the 19-21 year old guy’s current lives as a boy band phenomenon.

One Direction: This Is Us gives the viewer a glimpse of each band member’s personality. The five of them are shown messing around minutes before they take on their sold out show at one of the most well-known arenas in the world, Madison Square Garden. The goofy scene shows viewers that all they want is to have fun while entertaining their obsessive fans.

The audience also sees the many hardships the band encounters in their lives, such as being away from home and missing their friends and families, or constantly touring and not having free time for themselves.

One Direction: This is Us is playing locally at Century Larkspur Landing and Century Northgate, San Rafael. Visit Fandango for specific movie times and additional information.

One Direction’s passion and desire to obtain this surreal dream resonates with the viewer creating an adorning feeling towards these five aspiring musicians.  After watching the documentary, One Direction: This is us, viewers will leave the theater with a better understanding of what life is like for these ordinary young men.