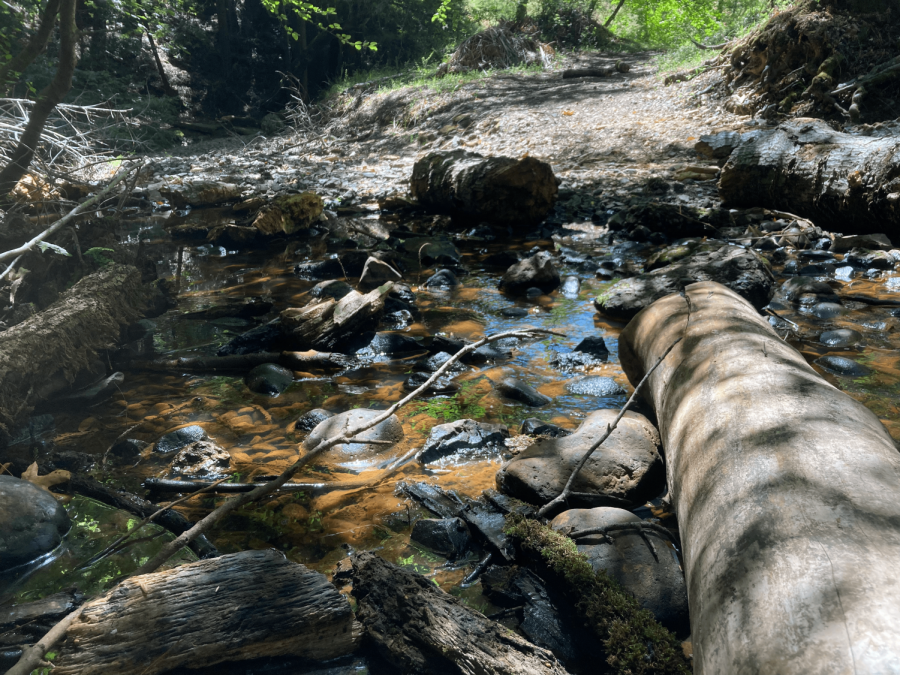 Buzzing with insects and other reservoir wildlife, the stream has still not fully returned to pre-drought levels. California as a whole is still far from done with its drought; 98 percent of the state is still considered to have severe drought conditions.

Last June, I visited Phoenix Lake in Marin with my collaborator Will Baker to document the effect that the California drought had on the area. We took photos of the exposed lake bed and interviewed two hikers and a fisherman on the Marin Municipal Water District’s diversion of lake water to Bon Tempe Lake in Marin County. Although the California drought is far from over, Phoenix Lake has since regained a fraction of its lost water. Now, exactly a year later, I returned to a much fuller lake to capture the new atmosphere of the area.