Preps of the year: Brian Hunca 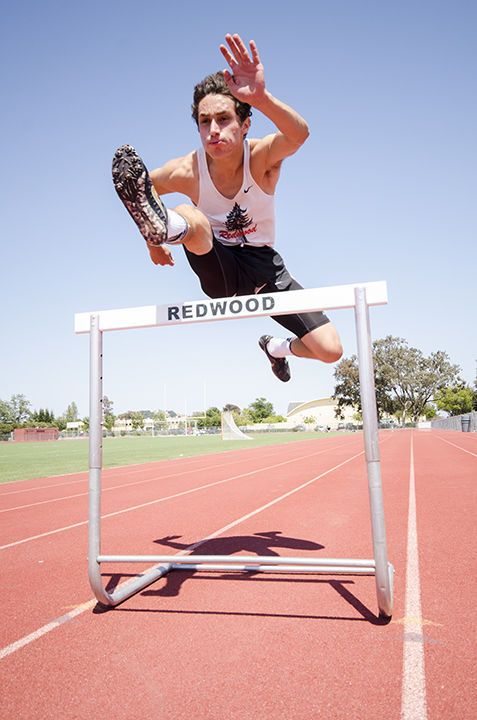 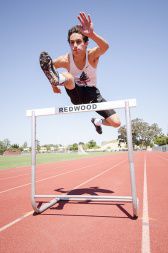 The score was 6-0 when it happened. Terra Linda was winning, but was trapped inside its own red zone as the third quarter wound down.

So when he saw the Trojan quarterback roll out of the pocket towards his side of the field, he knew the receiver was not actually running another post. When the receiver cut back towards the sideline, the cornerback stayed right with him, providing no space for the pass.

Cast and all, Brian Hunca jumped the pass, intercepting the ball and providing the offense with field position at the Terra Linda 25-yard line.

That was Hunca’s eighth day with the cast. He took it off the next day, breaking the doctor’s four-to-six week recommendation of time with the protective article.

“I couldn’t let the fact that my hand was injured take away from my senior season,” Hunca said.

After missing much of his junior season because of two fractured vertebrae, Hunca knew he had to use his senior year to show off his talents.

“I knew I had to get plenty of receiving yards because receiver was my most dominant position and if I didn’t get catches, then I wouldn’t get highlights and I wouldn’t get looks by colleges.”

That dedication has paid off, as Hunca will play football this fall at Division III Kenyon College. There, he will get a chance to show off his full abilities as a receiver. Hunca, a hurdler and sprinter whose speed would be best used on deep routes, spent the season running short pass patterns because of quarterback Zach Dubin’s weak surgically-repaired arm.

After that interception versus Terra Linda, Redwood’s stagnant offense failed to score, losing the game 6-0 on the way to a 1-9 season marred by poor play and mistakes.

Hunca’s 419 receiving yards and five touchdowns this year represented over half of the total statistics in those categories for a team stuck at the bottom in MCAL. He was named team MVP, and he made the all-MCAL Honorable Mention team as a cornerback.

Not all of Hunca’s teams have struggled, though.

After quitting varsity lacrosse, which he played as a sophomore, Hunca joined track as a junior, excelling as a hurdler and a sprinter on the 4×100 relay team.

This year, he finished third in MCAL in both the 100m and 300m hurdles, contributing 12 points out of Redwood’s MCAL-winning 105. His relay team placed second, adding another eight points.

Hunca’s success is remarkable considering his lack of experience in the sport. Most top MCAL hurdlers have fine-tuned their skills for four years, Hunca still lacks great hurdling technique.

“My trail leg is pretty slow,” Hunca said. “You’re much faster when you’re running than when you’re in the air so you want to jump over the hurdle and get back down as quickly as you can.”

But Hunca’s first love is football. The rare high school player who spends more time on the film-sharing website Hudl than on Facebook, he loves the sport’s balance between strength and intelligence.

“It’s strategy mixed with brute force,” Hunca said. “You can strategize your way around the brute force. There’s so many different ways to combat a problem. In football, you can think throughout the game, and you can understand when something’s not working and you can try a different plan.”