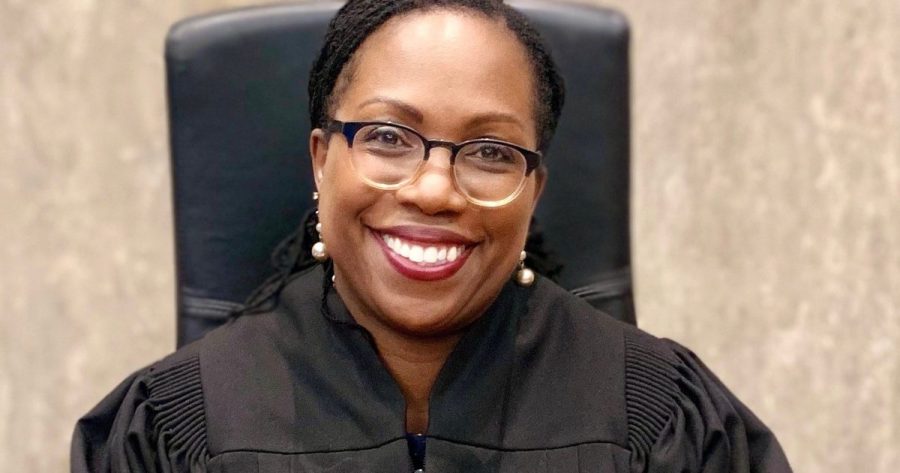 Current member of the Court of Appeals, Ketanji Brown Jackson started her career as a criminal defense lawyer.

On Feb. 25, 2022, President Joe Biden nominated Judge Ketanji Brown Jackson to replace Justice Stephen Breyer on the Supreme Court. Jackson is currently a judge for the U.S. Court of Appeals, confirmed by Biden in 2021. If approved, Jackson will be the first Black woman on the Supreme Court, and the first Supreme Court justice who comes from a criminal defense background since Thurgood Marshall in 1967.

After graduating from Harvard University, and Harvard Law school, Jackson started her career with three different clerkships, one with Justice Stephen Breyer, before joining the appellate court in 2013.

In an interview with National Public Radio (NPR), former Federal Public Defender Martin Sabelli argued that justices with criminal defense backgrounds are essential for regulating the power of the national government.

“The Framers of the Constitution created a system in which the judiciary should act as a check and a balance,” Sabelli said. “If the judiciary is monolithic, if it’s made up principally by two slivers — former corporate lawyers and former government lawyers — we have a problem, because we don’t have meaningful diversity.”

President of the Debate Club, senior Miles Barry, believes Jackson’s unique perspective as a criminal defendant will provide for a more diverse court — something that, for Barry, is essential when representing different groups.

“It’s good to have a variety of perspectives on a court as high up as [the Supreme Court.] The court [has] been so prosecutor-heavy in the past. It’s a very different focus legally when you’re trying to defend someone versus prosecute them,” Barry said.

According to Central News Network, Justice Breyer plans to stay on the court until the end of this term. However, President of the Democrat Club, Athena Raskin, argues that appointing a new Justice now is crucial due to the upcoming midterm elections, in November. Many of Jackson’s supporters believe that having her on the Court prior to these elections will decrease the likelihood of voter suppression.

“I think that the sooner [Jackson is approved,] the better, especially with the midterms coming up,” Raskin said, “There could be a lot of challenges to voting rights then and also with other [issues] like civil rights, abortion rights and the environment.”

Although Biden’s plans suggested the appointment of a Black woman to the Supreme Court, Jackson’s nomination is especially noteworthy. According to Raskin, given that  57.8 percent of Americans identify as non-white, having a racial makeup within the Supreme Court that is representative of the United States’ demographics is imperative to ensure true democracy.

“It is especially important that the Supreme Court reflects America’s [entire demographic,] because for far too long it has only represented a very small group of people,” Raskin said. “These are the people who are making decisions that affect a lot of people, so they should look and act like [the people in the U.S.]”

Rhea Suh, President and CEO of the Marin Community Foundation,  argues that the Supreme Court should not only protect the American people, but also share similar values to them.

While some would argue that the higher courts, such as the Supreme Court, are still far from reaching adequate representation, Raskin notes that in some respects, progress towards equality is being made.

“I think that [the representation in the Supreme Court] is getting better. [Certain aspects, like] religion [are still] not representative of America, but I think with recent nominations of women and people of color, [equal representation] has gotten a lot closer,” Raskin said.

While Jackson brings more representation to the court, her qualifications have been closely examined, since her appointment. On March 2, Fox News host, Tucker Carlson, asked to see Jackson’s LSAT score, a multiple-choice exam required to get into most law schools in the U.S.

“So is Ketanji Brown Jackson – a name that even Joe Biden has trouble pronouncing – one of the top legal minds in the entire country?” Carlson said. “[I]t might be time for Joe Biden to let us know what Ketanji Brown Jackson’s LSAT score was … It would seem like Americans in a democracy have a right to know.”

While asking to see a potential Justice’s LSAT score is legal, Barry was frustrated over the fact that Carlson has never asked to see LSAT scores of other nominees such as Amy Coney Barrett or Brett Kavanaugh.

“[This situation] feels reminiscent of the Birther Movement, that I don’t think would have happened had [Barack] Obama not been African-American. I think there’s no chance that [Jackson’s] qualifications would be scrutinized by someone like Tucker Carlson if she wasn’t an African-American woman,” Barry said.

Although other nominees have faced different levels of scrutiny, according to Suh, part of the confirmation process is meant to carefully understand the nominee.

“She doesn’t seem to be someone who is blinded by her party ties; she seems to lean liberal, but she’s definitely closer to Breyer — who she’ll be succeeding — in terms of upholding the court’s liberal side.”

Judge Jackson was introduced to the court on Monday, March 21, and continued with two days of questioning on March 22 and March 23. On Thursday, March 23, the committee heard from outside witnesses and the American Bar Association. It has yet to be announced when the final vote will take place.