Face to Face: Will you go Mask or Mask-less at school? 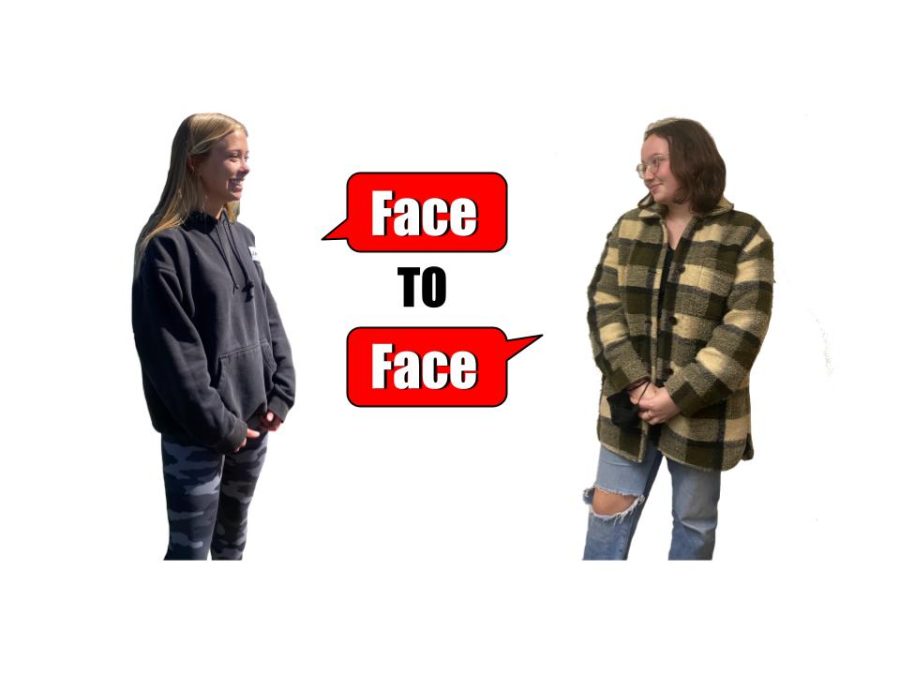 Face-to-Face is a feature that allows two members of the Redwood community to debate with each other, argue or simply converse about a relevant issue or event. We provide the topic, and they do the rest. This month’s participants are junior Addie Storerau and senior Grace Minturn, discussing the topic of continuing to wear a mask at school.

Do you think Redwood lifting the mask mandate was the right decision?
Grace Minturn: I do think it was about time that we lifted the mass mandate, especially as these variants are getting weaker and the symptoms are getting less and less severe.

Addie Storerau: I don’t, mostly because I feel it’s still so early. [Different states] have…lifted mask mandates across the country so many times now and then within two weeks [they’ve] put them back on because there’s been spikes in cases or maybe a new variant. I feel [that lifting the mask mandate] only at the beginning of March seems so early. 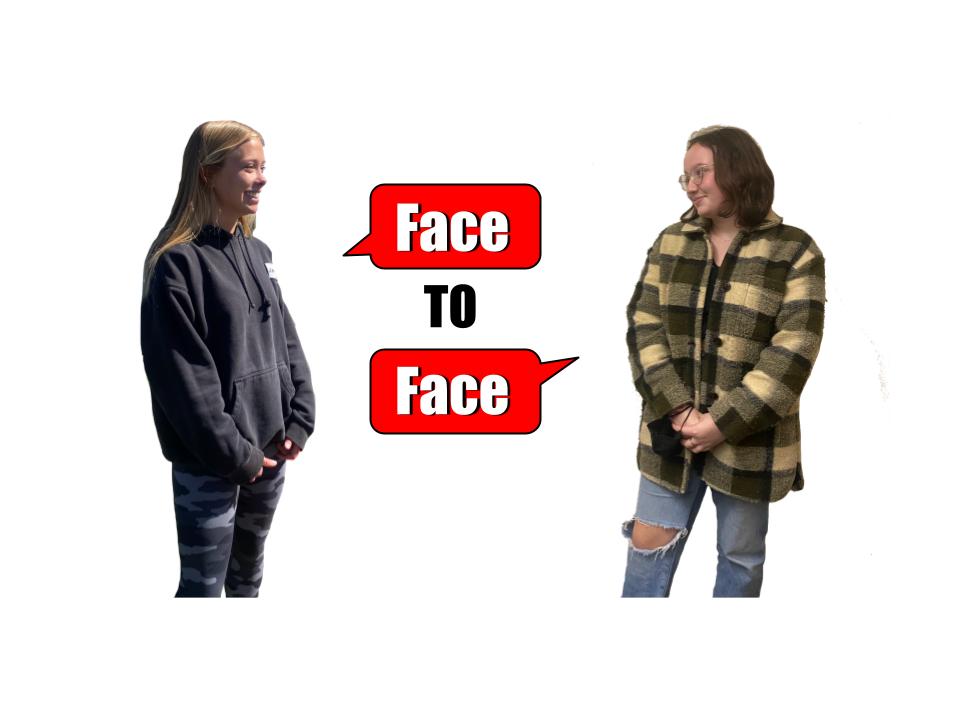 Will you still be wearing a mask to school and why?

GM: I will not be wearing a mask, mainly because it’s been so long that we have been wearing mask[s]. As a community where we’re mostly vaccinated, I feel pretty safe taking my mask off. I also haven’t seen the faces of many [of my] peers in a very long time.
I’m super excited to be able to connect one-on-one with someone, without having something covering a big part of how you communicate.

AS: I’m wearing a mask to school still. At least for the whole month of March and then the week following spring break, and then [I’ll] see from there. I’m going to keep wearing [it] for multiple reasons. One, because I think it’s dumb that we’re removing it, and two, because I’m an immunocompromised person. I don’t feel comfortable not wearing [masks] at all yet.

Do you think the majority of students will take their masks off and why?

GM: I think most kids will take their mask off just because a lot of people don’t like wearing masks…but I definitely think there will be a small population of [the] school that will be keeping [masks] on just to keep themselves safe or family members safe.

AS: I think a majority of students will be taking them off just because I’ve been in school [and] I’ve seen people walking down the hallway and not wearing [them]…we’ve reached the point where it’s just connected to the ears and strapped underneath their chin and not even trying to look like they’re wearing their mask anymore…it’ll be 75 percent not wearing them at least.

Do you think school will remain safe from COVID-19 if students aren’t wearing masks?
GM: I want to think that we’ll stay safe and that people will be responsible and say, “Oh, I’m not feeling well. I’m not going to go to school today” and try to reduce the spread…hopefully… case[s] will stay low and people will recognize if they’re not feeling well and they’ll stay at home.

AS: I think it’s hard to say right now, just because…people are not really wearing them anyways. I just think that for me personally, I’ll feel better by still wearing them. Provided that people didn’t lie, most of our school is vaccinated, teachers and students, so I feel like it’ll be okay. Not great, but it’ll be okay.

Do you have concerns surrounding the lifted mask mandate? If so, what are they?

GM: I don’t really have any concerns. I think it’s just been long enough of wearing mask[s] and covering up. And so while I do get kind of scared about other people getting sick, I feel the consequences [of taking off masks] won’t be that extreme.

AS: My main concern is just are we going to have a big freak out moment like the country did when we’ve lifted [mask mandates] before where we’ve had to shut things down again and put the mandate back up. Because I really don’t want to do that.