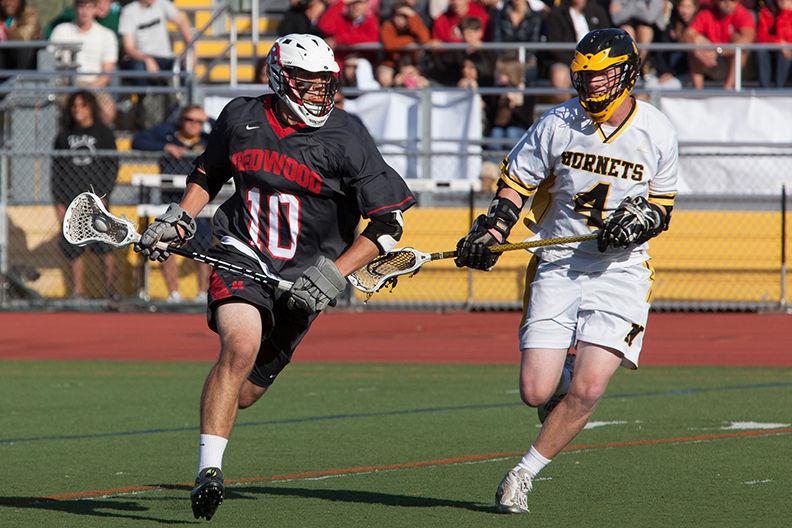 After a disappointing loss to Novato in the MCAL finals, the varsity boys’ lacrosse team redeemed itself by coming back strong and winning its first ever NCS championship.

On Friday, May 24, the team beat Novato High School in the NCS finals with a score of 13-7, making it the first ever MCAL lacrosse team to win an NCS pennant.

Coach David Grose said that improved team unity and a lack of major weaknesses made the victory possible.

“When it came down to it, we reached the level where we had no real weaknesses once we played together,” Grose said.  “We played far above any other team.”

Senior Briton Barge said that the familiarity the players had with each other and the ability to know where they were on the field created good team offensive possessions and defensive stops.

The team realized how good it was when they lost in overtime to Saint Ignatius, the 20th ranked team in the country at the time, according to Grose.

Senior Regan Kelly said another big turning point in NCS was the game against Monte Vista.

“It was the fourth quarter when we were losing by a few goals and we came into the huddle with the thought that this could be our last quarter of the season,” Kelly said.  “But then we collectively said we need to play our best ball of the season right now.  We ended up scoring five goals in the last nine minutes.”

In addition, Barge said that after the disappointing loss to Novato in the MCAL championships, the team knew that it had to become more serious on the field.

“The MCAL final was a big wake up call for our team because we all thought going into the game that we would be walking away as the undefeated repeat MCAL Champions,” Barge said.  “After that loss, our focus in practice as well as in games picked up because we were conscious of what happens when we don’t give every quarter our 100 percent effort.”