Failure to tax ultra-wealthy is a threat to social progress 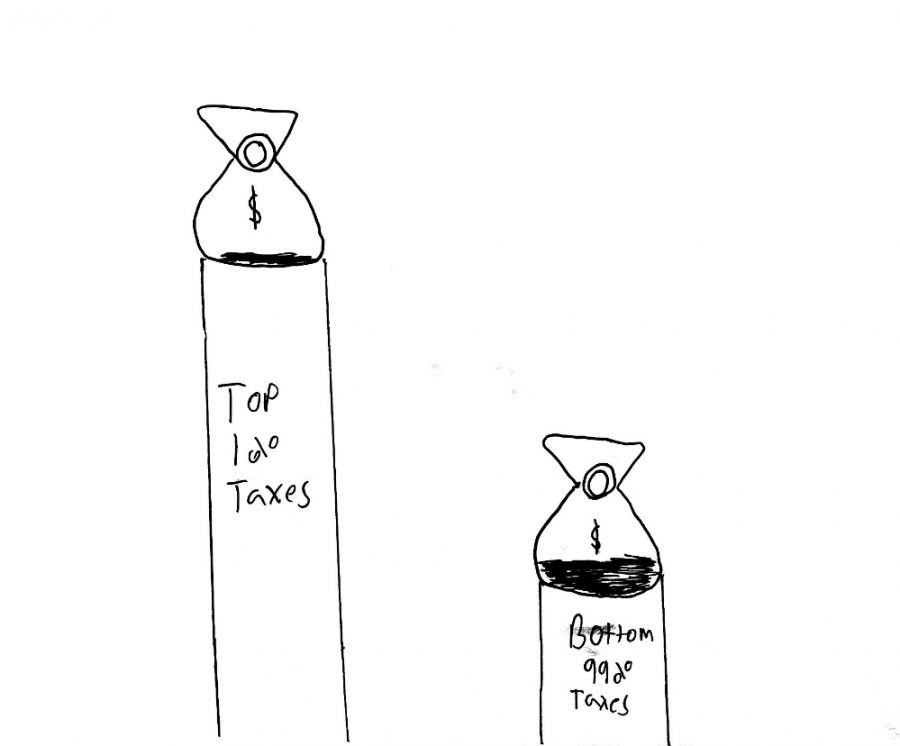 For the longest time, stoking fears of a “lazy entitlement society” has been a common tactic of the political right. Buzzwords like “welfare queens,” “socialism” and “freeloaders” have been (and still are) common in many conservative circles. Infamously, a leaked video of Republican Presidential candidate Mitt Romney harping on the 49 percent of Americans who he believed were “entitled,” was perfectly symbolic of this trend. At a time when much of our media landscape is drawn towards sensationalism and overreaction, this should not be surprising. All of that being said it turns out that fears of entitlement are actually correct, just not in the way that one might think.

The beneficiaries of our entitlement society are not those at the bottom of the socioeconomic ladder, but rather, those at the very top. The idea that the most powerful entities and people in the country are paying their fair share or are held accountable for any potential wrongdoing, is laughable. While there are many ways in which the powerful avoid facing scrutiny, the most egregious is the manner in which the ultra-rich avoid taxation.

Just this year, ProPublica released a striking report that found that the 25 wealthiest Americans paid $13.6 billion in federal taxes, amounting to a true tax rate of just 3.4 percent, much lower than, 13.3 percent, which is what the average American is subjected to. This discrepancy was accomplished mostly through these billionaires concentrating much of their income in stocks, which are usually taxed at a lower rate than regular income. As the majority of Americans do not concentrate their wealth in stock holdings and are more concerned with making a living than investing, this loophole ends up exclusively applying to the ultra-wealthy.

While substantial and comprehensive legislation designed to crack down on tax avoidance and ensure the top one percent are paying their fair share could reverse this trend, there is little reason to be optimistic that will happen any time soon. In late Oct. 2021, select Democrats proposed a “billionaire’s tax” that would attempt to ensure the ultra-wealthy could not use the aforementioned loopholes to avoid taxation. The proposal lasted all but a day. It was quickly struck down by moderate Democrats including House Speaker Nancy Pelosi. The fact that such a proposal had so little traction does not at all reflect public opinion on this issue. A recent poll from The Hill revealed that 67 percent of Americans would support a wealth tax, with only 20 percent being in opposition to the proposal. Instead, the proposal’s failure in congress reflects how the modern political class are out of touch with their constituents.

The argument against raising taxes on the most powerful has always been based on the theory of trickle-down economics or the idea that tax cuts on the very top will trickle down and lower costs for the middle and working classes. This was a staple of Republican economic policies like those of George Bush and Ronald Reagan. The problem with this thinking is that it is simply false. A new study on 18 developed countries from the London School of Economics, found that between 1965 and 2015, the incomes of the wealthiest, relative to the rest of the population, were higher in countries with lower top marginal tax rates. In spite of this and many other findings disproving trickle-down economics, it is still the dominant ideology among the political class

The failure to ensure that those at the top of the economic ladder are not paying their fair share is not mild government inconvenience. It is a significant blockade to social and infrastructure spending. One can only imagine what progress could be made on socioeconomic issues with a fraction of the money made by the top one percent. To put this in perspective, the Bay Area economic council recently concluded that it would cost around $12.5 billion to end homelessness in the bay area. Jeff Bezos could pay that while remaining, by far, the richest man in the world. If that fact alone does not entice lawmakers to implement significant tax reforms, then frankly, nothing will. 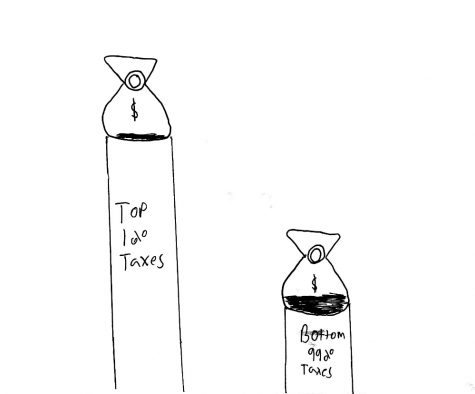