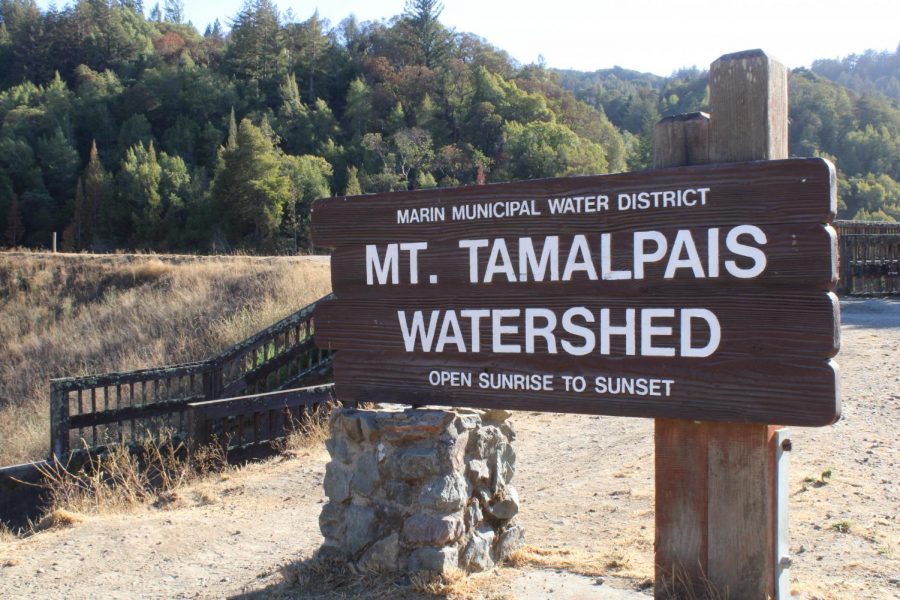 Guarding the entrance to the Mt. Tam Watershed, the Water District sign stands at Phoenix Lake.

Following a record-setting year of watershed visitation, the Marin Municipal Water District (MMWD) has entered the development phase of its Recreational Management Plan (RMP), reviewing trail usage rules for its 22,000 acres of watershed land and opening the path to bicycle access on single-track trails. Currently, bicycle access is limited to the watershed’s 90 miles of fire roads, while single-track trails account for an additional 60 miles of off-road, cyclist-preferred terrain. This marks the first opportunity for expanded bicycle access since the original RMP denied doing so to the pedestrian and equestrian exclusive single-track trails of the watershed in 2005. Cycling proponents, including the Marin County Bicycle Coalition (MCBC), whose off-road division is directed by Tom Boss, are advocating for bicycle-friendly policies.

“Today, I think the watershed has evolved. It is a smart move to embrace the fact [the watershed] is a destination for recreation … and make sure everyone has a little bit of what [bicycle accessibility] they need — and, today, that’s not the case,” Boss said.

Daegan Cutter, a member of the Redwood’s Mountain Bike and Cross Country running teams, primarily experiences the watershed on foot but supports bicycle access to single-track trails. This falls in line with the hopes of William Hartung, also a member of both Redwood sports teams.

“I would like to see trails [for bicycles] not only because it would be more fun for mountain bikers … but because you wouldn’t always be going the same trails … causing less erosion,” said Hartung.

While Cutter and Hartung both support increasing bicycle access, Cutter voiced his concerns, too.

“Legalizing trails is fine as long as … people know they will be seeing mountain bikes on those trails,” Cutter stated.

“You don’t want too many trails because that destroys the nature [of the watershed],” Hartung said.

Though environmental concerns, including sedimentation and habitat loss, are amongst the greatest obstacles to bicycle access on single-track trails, Boss is optimistic about a bicycle-friendly solution.

“We are part of nature and therefore let’s work together … to have a better distribution of recreation … and, at the same time, reduce the impact. We’ve got 22,000 acres, so there must be a way we can do it,” stated Boss.

In response to the safety concerns of conflicts between cyclists and other recreationists that prohibit bicycle access to single-track trails in MMWD policy, Boss proposed trail access modifications to accommodate cyclists. Such policies require MMWD Board approval, as Emma Detwiler, the acting MMWD communications and public affairs manager, explained.

“[The MMWD is looking] to best manage the watershed, while still balancing the need for [recreation] … and all the competing user groups’ interests sustainably, ensuring people have access to the watershed. The RMP is what the board and staff will use to inform policy decisions; the board will have the final say,” Detwiler said.

Going forward, community members, the MMWD, and cycling advocacy groups alike are striving to meet the demands of the watershed and its recreation.

“There are lots of different challenges, but as far as getting this plan released, and with policies that will be bike-friendly and give us a toolbox to work with, I am confident we can get there,” Boss said.