Sports Opinion: 3 strikes, and athletes still are not out of the game 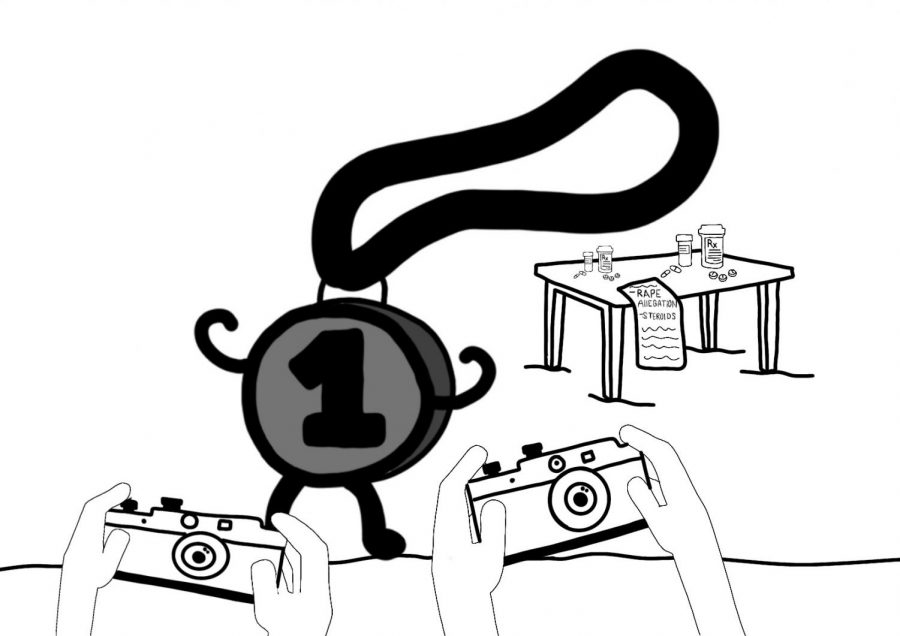 “Alex Rodriguez net worth 2021: Retired from the MLB but still among the highest-paid players.”

Headlines displaying athletes’ accomplishments fill the news, but there are key events not being acknowledged. For Rodriguez, it’s using performance-enhancing drugs. For Ronaldo, it’s one rape allegation. For Roethlisberger, it’s two rape accusations.

Horrors like these follow many popular athletes, and yet the athletes continue to be idolized by the public, including young kids.

It is not okay to idolize and give athletes large platforms, or any platforms at all, without considering athletes’ actions off the field in addition to how they perform on the field. This is especially important when considering brand deals and the number of social media followers a player has. Many athletes have accusations that fly under the radar, however, these convictions should be reason enough to take away these athletes’ platform due to their serious nature. Famous athletes need to be treated like regular citizens and deal with the consequences of their actions.

Professional athletes have become celebrities. With different forms of social media and advertising, many athletes have just as big of a platform as actors and singers.
Ronaldo is among these athletes. With 367 million followers, he is the most followed person on Instagram. The only account with more followers than Ronaldo is the official Instagram account. Additionally, he has a lifetime brand deal with Nike, where he makes $20 million annually.

In 2009, Ronaldo was accused of rape. The accuser, Kathryn Mayorga, was then paid to sign a non-disclosure agreement. Later in 2018, Mayorga went against this agreement and brought her accusations to the public. She filed a civil action lawsuit against Ronaldo and claimed the non-disclosure agreement was not binding, as she was not legally competent when she signed it. When the accusations were first made, Ronaldo filled out a questionnaire about the case, but two different versions of that questionnaire have been leaked to the public. In one, Ronaldo admits that Mayorga said no to sex, but in the other, he does not. Ronaldo’s attorneys claim the incriminating questionnaire is fake. On Oct. 8, 2018, a judge recommended that the case be dismissed because Mayorga’s lawyers were using this questionnaire which could not legally be used as it was a private document.

Despite the accusation and the trial filling headlines, the case is still not regularly talked about. In a November Bark survey, only 24 percent of Redwood students, less than a fourth, had heard about this accusation. Granted not everyone keeps up with Ronaldo, he is still a very popular athlete so this number is very low. Something like this trial should be talked about more, especially due to Ronaldo’s influence in the soccer sphere and among students who might support Ronaldo. If more people know about this case, then they can make informed decisions about whether or not they will continue to support him.

Although for some athletes it is unclear if the accusations are true or not, they should still not be taken lightly. Rape and abuse cases are sensitive and difficult to determine verdicts for, often leading to long-standing trials and ongoing investigations. While we can’t blindly trust victims, their stories matter.

Even amidst the sexual assault allegations, however, Ronaldo signed a new contract with Manchester United in 2021 and is currently the highest-paid soccer player in the Premier League. By continuously providing Ronaldo with money and a platform, his team and all other companies supporting him are demonstrating that these accusations do not matter to them. Moreover, the severity of the case is very much still apparent due to how the case was closed. A dismissal based on a technicality (Mayorga’s method of gaining information) is not the same as closing a case due to an actual verdict — the accusation itself is still viable and has not actually been disproven. Those who support Ronaldo are prioritizing his sport over what he has been accused of; this cherry-picking is unacceptable.

Ronaldo is not the only athlete that has escaped negative headlines. Recently, Trevor Bauer, a professional baseball player with the Los Angeles Dodgers, was accused of sexual assault. He was then placed on paid administrative leave and, although it is unclear what will happen next, many suspect he will continue to play with the Dodgers. This is unacceptable. Putting Bauer back in the lineup next year, despite the allegations and the ongoing investigation, paints a picture to young fans that there are only minor consequences to sexual assault, and they may not even play out.

It is clear that young fans are being affected by these situations. Researchers at the Kaiser Family Foundation found that kids ranked professional athletes as the second most admired person in their life, first being their parents. In this 2006 survey, one in five teens said they learned from athletes that they “don’t have to worry about the consequences of sex.” 16 percent of these teens also said famous athletes showed it was okay to use alcohol and drugs.

Alex Rodriguez is an athlete that contributes to that 16 percent, as he was suspended from baseball for the 2014 season due to steroid use. This is not nearly enough punishment, as steroid use is illegal and, therefore, Rodriguez should have been treated like everyone else and either been sent to prison or fined. Instead, he now has 3.9 million Instagram followers and is a commentator for Entertainment and Sports Programming Network (ESPN). By perpetuating his success in spite of a past of drug abuse and cheating, the system, through Rodgriguez, is proving to young fans that this behavior is acceptable.

It is not enough to give athletes a small slap on the wrist whenever they do something wrong. We must charge athletes with real consequences, meant for real people, not idolized figures.