The not so skimpy issue with sexism in sports 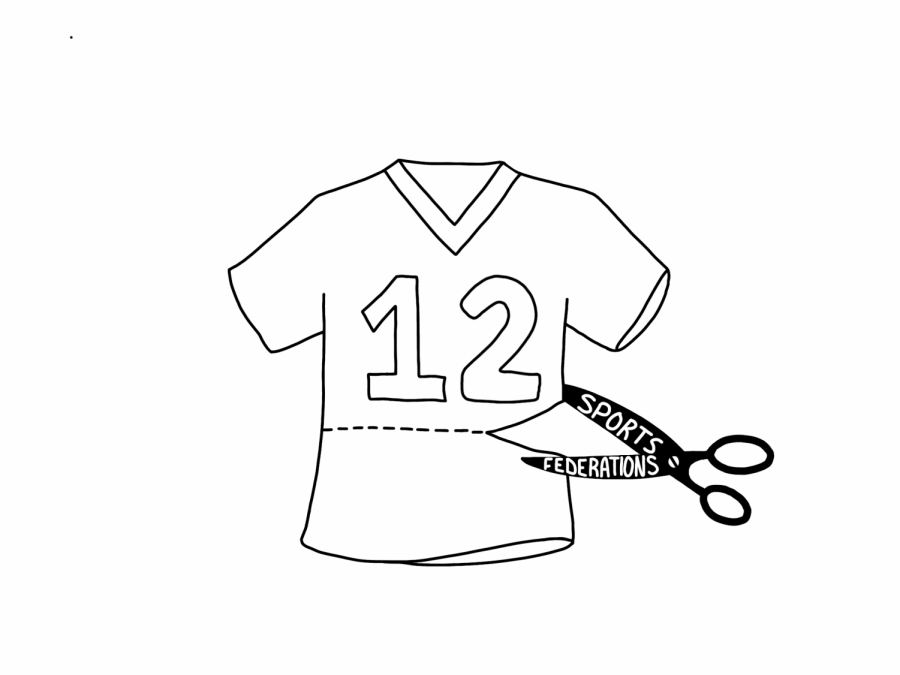 Euphemisms such as “you run like a girl” or “you hit like a girl” have existed for decades and always hold connotations of inferiority. Through this, women have become the pain points in statements regarding physical strength or in this case, lack thereof. Considering that 40 percent of women experience sexism in sports jobs, the degradation and dismissal of female athletes stemming from deeply rooted sexism in sports is a pressing issue in the sports community. Undeniably there are differences between women and men in sport, yet these are most prominent in women’s uniforms and rules regarding aggression. It is vital to reduce the misogyny that exists in women’s uniforms and game rules to revitalize young girls’ participation in sports.

While uniforms may seem like a minor aspect of the athletic realm, the regulations on women’s uniforms are deeply grounded in misogyny and further the sexualization of women in society. The Sports Commission at Loughborough University in England conducted an investigation on the history of women’s uniforms and discovered that the majority of these clothes are designed by men. Therefore, uniforms are typically made with the male gaze in mind. It is a hypersexual way to objectify women used to increase men’s gratification while watching them play.

The feeling of being sexualized and objectified by uniforms may be a contributing factor to why teenage girls are twice as likely as boys of the same age group to drop out of their sport. The Austrian Sports Confederation determined that young women are abandoning their sports due to the discomfort they feel in their revealing uniforms. The Confederation noted, “The main reason for young girls (12 to 14 years old) abandoning sports activities has to do with their poor self-image at a delicate stage of their transition into adulthood. Restrictive clothing such as short revealing skirts or heavy, unwieldy school uniforms has been cited as reasons for girls’ unwillingness to take to the sports fields.” Considering the drastic impacts that uniforms have on women’s participation in sports, it is shocking more has not been done to mitigate this issue.

Regulations must be altered to allow all athletes the decision of what clothing they want to wear in order to divert their attention back to their focus –– sports. It seems as though every time women attempt to decide which clothes they deem appropriate for their sport, they are reprimanded in some form, whether it be a monetary cost or result in disqualification. Recently, disputes over tightly-fitted bikini bottom and tank top uniforms at a handball championship game cost the Norwegian women’s handball team approximately 150 euros per player for breaking uniform regulations. Players expressed their desire to wear longer shorts during their games, as they found their current uniforms to be hypersexual and ineffectual in their efforts to protect their knees from the sand they fall into. Thus, a new precedent was set by fining a team for choosing to wear something more conservative and functional –– modest clothing choices are not welcome in sports.

It is important to note that many women do not necessarily mind wearing tighter and shorter uniforms compared to their gender counterparts; many actually prefer this choice. Women find it easier to play in clothes that are tighter because it does not restrict their limbs and also find form-fitting clothes more comfortable. Yet, when male-dominated sports federations restrict women’s choices to decide which clothes to wear, this issue becomes inherently sexist.

The misogyny in sports does not end at uniforms but also disseminates through rules for contact sports like lacrosse. Men’s lacrosse is arguably one of the more aggressive sports, while in women’s lacrosse, the rules regarding physical contact differ. In men’s lacrosse, body hits and stick checking are allowed, but in women’s lacrosse, no touching is permitted between players. Those who make extensive contact during women’s lacrosse are disciplined with minute-long penalties. Considering that no justification for the variations of these game rules has ever been provided, spectators assume that these regulations are meant to protect the safety of “fragile” women. This stems from outdated stereotypes regarding women’s physical strength which believes that lacrosse with physical contact is too dangerous for them to play. Understanding the differentiation in rules, viewers of sports are left with only one thought: women are weaker than men and can not handle the aggression that men are capable of. Instead of deciding people’s physical abilities based on their gender, we must value the hard work that they have put into building their strength.
The issue of hyper-sexualizing women in their uniforms is decades old but still remains one of the main reasons that young women’s participation in sports is dwindling. For the good of the athletic realm as a whole, sports confederations should change their regulations to allow women to choose which uniforms they wear based on their comfort level and desires. Furthermore, to guarantee an equal playing field for all people, game rules should be regular across all genders and federations.