“It was a different time” 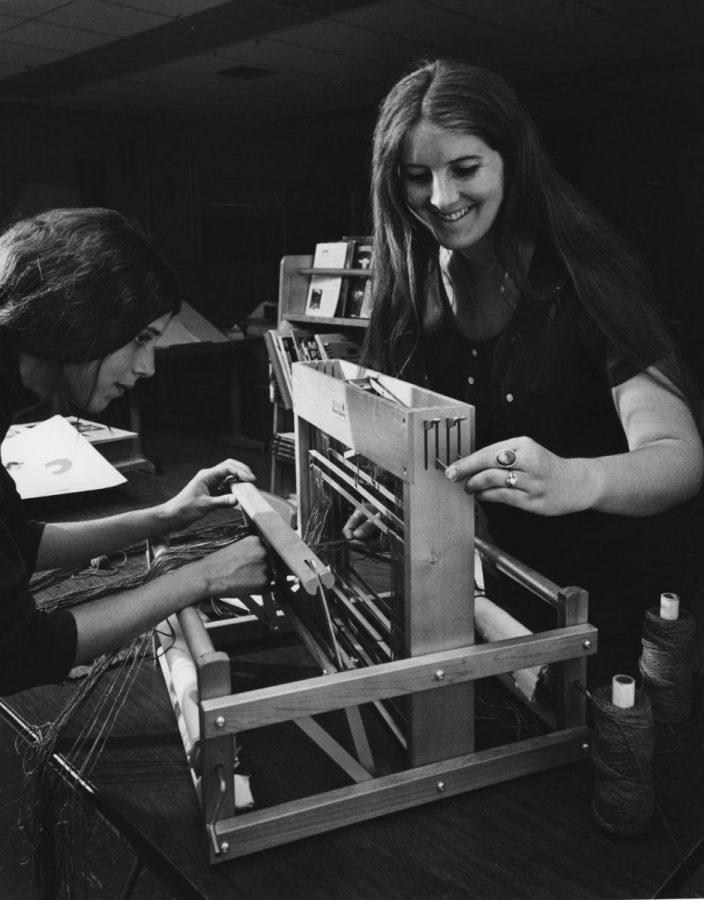 Imagine a school filled with long-haired outcasts, a school where the curriculum is as flexible as your imagination, where six students could pile into a station wagon with their teacher for two weeks, travel through Mexico, and call it Spanish credit.  Believe it or not, this school existed within the district not too long ago.  It’s name: San Andreas.

Marilee Rogers, who taught at San Andreas during its first three years, and later at Redwood for nearly 30 more, said that San Andreas was originally founded in 1969 to fit a growing need in the district.

“[The students] were kids in ‘69 who had long hair… They were into the new music, and some of them were into drugs, but they were from the good families, and they weren’t delinquent, they weren’t the troublemakers, they were just belligerent and acting out,” Rogers said.

The school was set up as an opportunity school, which according to the California Department of Education, are developed for students who have attendance problems, poor academic records, or problems with conduct.  Opportunity schools are subject to less stringent regulation and can provide a more specialized education to their students.

Rogers also said San Andreas was founded with the purpose of making school interesting for students who were disengaged in the traditional schools.  According to Rogers, they attempted to do so by implementing a variety of alternative experiential teaching methods.

“I was teaching them Spanish, to the point where I took six students to Mexico – where else do you learn Spanish?  So we took the school station wagon, and we drove far into Mexico,” Rogers said.  “We did all the cultural stuff, we ate the food, the kids got to go shopping.  One girl had tiger’s milk, [which was a] white powder.  And we got stopped by the Federales.  Turned out they weren’t Federales, but the drug cartel.  They thought it was heroin, that we were smuggling drugs.  It was a different time.”

Russell Hill, currently an English teacher at Redwood, taught at San Andreas for a couple of years in the early 1990s.  Having taught at Redwood and Drake prior to coming to San Andreas, Hill said this experiential style of learning was a sharp contrast from the other TUHSD schools.

“It was difficult for me, because I was used to teaching in a fairly traditional style, but it wouldn’t work, because there was a variety of kids… and there were kids that weren’t used to listening to something the teacher might say,” Hill said.  “We did a video history of the boardwalk, which is opposite the school, and we spent days out there walking around the boardwalk, interviewing people who lived out there and making a video.”

According to Rogers, another unique component of San Andreas was its small size, which contributed to a tight-knit community.

“There were 60 students, and we were each assigned 10 students as our advisees, and we had an intimate relationship with those kids.  Every week, the staff met, and we went through every single student, and discussed what they were doing, how they were doing through their different classes,” Rogers said.  “We interceded with the program, we were interceding with parents.  We acted as counselor, teacher, confidant.”

In fact, when the original campus, which now houses Tamiscal was built on Doherty Drive, the entire student body and faculty slept over at the building for three nights, according to Rogers.  She said they cooked together, listened to music, and talked about emotions and life over the three days, bonding as a group.

Of course, creating a new school with such minimal regulation, especially one established with the purpose of supporting the counterculture, provided certain challenges.

“When we moved into the building, smoking [cigarettes] was a big issue. Everyone smoked, teachers and students.  And there was a discussion of whether to allow kids to smoke in the classroom,” Rogers said.  “And so we had this big discussion about whether it should be in the classroom or outside, and so we voted.”

In the end, Rogers said, the teachers decided smoking would be allowed in the classroom of teachers who permitted it.  According to Rogers, not only was this because the teachers themselves were heavy smokers, but they felt students would be more inclined to attend class if they could smoke there.

Alternative polices such as that continued into Hill’s time at San Andreas as well, who said that San Andreas had more flexibility than traditional schools when it came to certain rules.

“The principal Mike Gross believed that language was just words, and if you said ‘f*** you’ to a teacher, they were just words, and therefore it was not the same attitude as you might have [at Redwood], where you’d be sent to the assistant principal and have your parents called,” Hill said.

According to Rogers, during the early years of San Andreas, students took a variety of different paths upon graduation.

“These kids were not really forward thinking towards college, our goal was to get them safely through high school.  Not many went on to major colleges.  A lot of them struggled and went to COM, or went to work straight away.  And a few of them ended up in the court system, that kind of thing.”