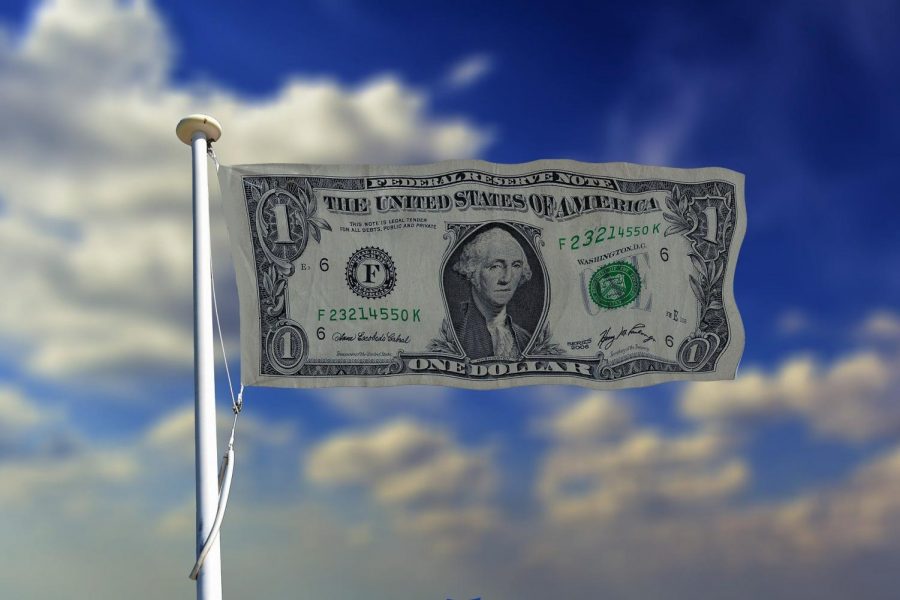 The U.S. largely depends on government funding for multiple programs, such as medicare, to continue functioning. Image Courtesy of Pixabay.

By Dec. 3, if a government funding bill is not passed, the U.S. will face a government shutdown. On Thursday, Sept. 30, the overall government funding for every federal program, such as Medicare, discretionary spending to colleges and payment for federal employees, was set to expire. If the funding had ceased, another government shutdown, similar to the 2019 shutdown, would have ensued. To avoid this, President Joe Biden signed legislation on the same date, Sept. 30, just before current funding expired, that extended funding for all national programs until Dec. 3, otherwise known as a continuing resolution bill.

Government teacher Derek Denardo has been staying updated with the passing of the funding bill and reasons why the extension is necessary.

“They had no choice, the government would have had no money to pay any of it’s bills so [the continuing resolution] had to be done,” Denardo said.

Denardo acknowledged the importance of the continuing resolution, but questioned the extension’s effectiveness.

“I’m concerned [that Congress] only gave themselves another two months,” Denardo said. “I don’t see how any of these conflicts [that delayed funding] are going to disappear in two months.”

Without the continuing resolution bill, the government would have closed on Friday, Oct. 1. Similarly, without a debt extension to the American debt limit, which is how much money the country can borrow to assist in federal programs, that president Biden signed on Oct 14, our country would have reached its borrowing limit on Oct. 18, leading to a shutdown. Closing the government would mean that the U.S. would have no resources to pay employees, leading to millions becoming temporarily unemployed without income until the government reopens.

Junior Statesmen of America (JSA) club president Jack Haubold conducted his own research while also discussing the continuing resolutions bill with his fellow JSA members. He believes that expanding the funding for these essential programs was crucial.

“[The continuing resolutions bill] is absolutely necessary… otherwise our government would shut down and that, as seen before, causes catastrophe… it costs the country millions, even billions of dollars to [shutdown],” Haubold said.

While the continuing resolution bill is only temporary, it provides members of the House of Representatives with more time to form an agreement. Representatives will decide how to handle the overall federal budget, which has been a point of contention between the two major political parties as the deadline to pass the funding approached.

Throughout the negotiations surrounding the federal budget, Democrats had hoped to combine the funding bill with an extension of the American debt ceiling. The Republicans only accepted limitedly expanding funding for the federal government once the debt ceiling bill and the federal funding were separated.

Junior Caroline Goodrich, a member of the Redwood Democrat Club believes another government shutdown occurring due to the funding bill would be destructive to our country.

Goodrich recounted the 2019 government shutdown, and how, afterward, it took an extensive amount of time for the country to recover economically.

“A government shutdown means there is no more funding for the government. It is very embarrassing on the world stage,” Goodrich said. “[Shutting down] causes millions of people to lose their jobs. They have no pay, they have nothing they can rely on because they don’t have their benefits.”

While both the funding bill and debt ceiling have received extensions into early December, the possibility of a government shutdown remains. The government funding bill must be passed by or before Dec. 3 to avoid another shutdown.