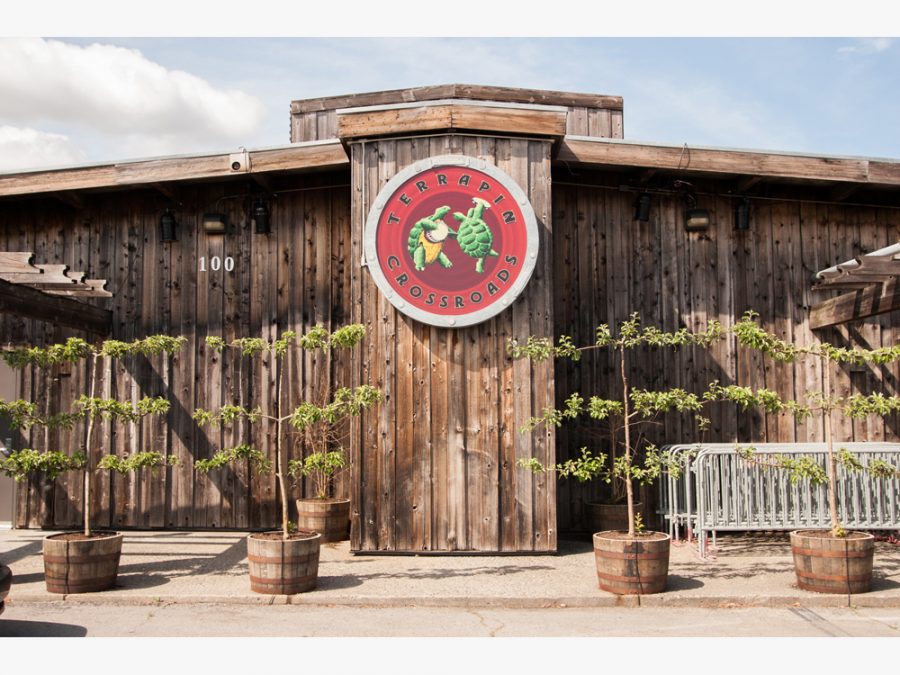 San Rafael’s Terrapin Crossroads has closed its doors after nearly a decade in business. (Photo Courtesy of Ezra Lipp)

After almost a decade as a central place for the music scene in Marin, San Rafael’s Terrapin Crossroads has closed its doors. Owned by one of the Grateful Dead’s lead guitarists, Phil Lesh, and his family, the restaurant featured nightly performances and a vibrant atmosphere which drew in many fans. Debuting in 1965, the Grateful Dead is well known for their unique sound composed of rock, jazz, folk and country elements. To promote the music and the ambience of the restaurant as a whole, Terrapin Crossroads contributed more than $200,000 to improve the parking and bathrooms of the three-fourths acre outdoor beach park they leased from the city. The restaurants’ overall lease ended at the start of November, leading to the Lesh Family’s decision to shut down their beloved cornerstone in Marin.

Full-time professional musician Ezra Lipp performed at Terrapin Crossroads hundreds of times over the past eight years and attributes Marin’s music scene to the restaurant.

“Terrapin [Crossroads] was a unique spot, as it attracted a lot of really awesome musicians,” Lipp said. “Combining that with the audience and the amazing venue to play in cultivated something special.”

Traveling all over the world for performances, Lipp has had first-hand exposure to many venues but commends fans in the Marin area for making this local spot an exceptional place.

“On any given night at Terrapin there were 40 or so musicians that would collaborate and perform a great show,” Lipp said. “The musicians really got to know each other and became a close-knit community. This also attracted a super committed fan base that was receptive to all of the collaboration.”

Redwood teacher Anna Farley has followed the Grateful Dead since the formation of the band, becoming a part of the Grateful Dead fanbase, or the Deadheads, early on. She says that combining the restaurant with the musical aspect made it unique.

“The Grateful Dead reminds me of an epic time in my life when I was footloose and fancy-free,” Farley said. “It reminds me of friendships I had during that time and the music takes me back. Having a restaurant that showcases this exceptional genre [of rock music] is so special for Deadheads like me.”

Farley recognizes the importance of such a vibrant restaurant in San Rafael as well.

“Terrapin Crossroads gave San Rafael a better identity, as it was a cultural piece that added to the nightlife,” Farley said. “You could go any night of the week to hear live music and to have dinner next to the beach. It brought a sense of vibrancy to the community, and it will never be forgotten.”

Junior Tanya Khandheria, an avid Grateful Dead fan, also says that Terrapin Crossroads will be missed by the local community. She now considers what the future of rock music will look like due to the closure of the restaurant.

“A lot of people who wouldn’t necessarily look at older bands still enjoyed the music and the ambience of the restaurant, so the closure will sadly lead to less presence of [the Grateful Dead’s] music in the area,” Khandheria said.

Terrapin Crossroads has left a lasting impact on Marin and will always be remembered as a lively restaurant for many Grateful Dead fans.

“For now it’s sad. It is a big loss,” Lipp said, reflecting on the time he spent at Terrapin Crossroads. “But I feel like everyone is truly grateful to [have been] a part of it. It will definitely leave a hole that will be hard to fill.”