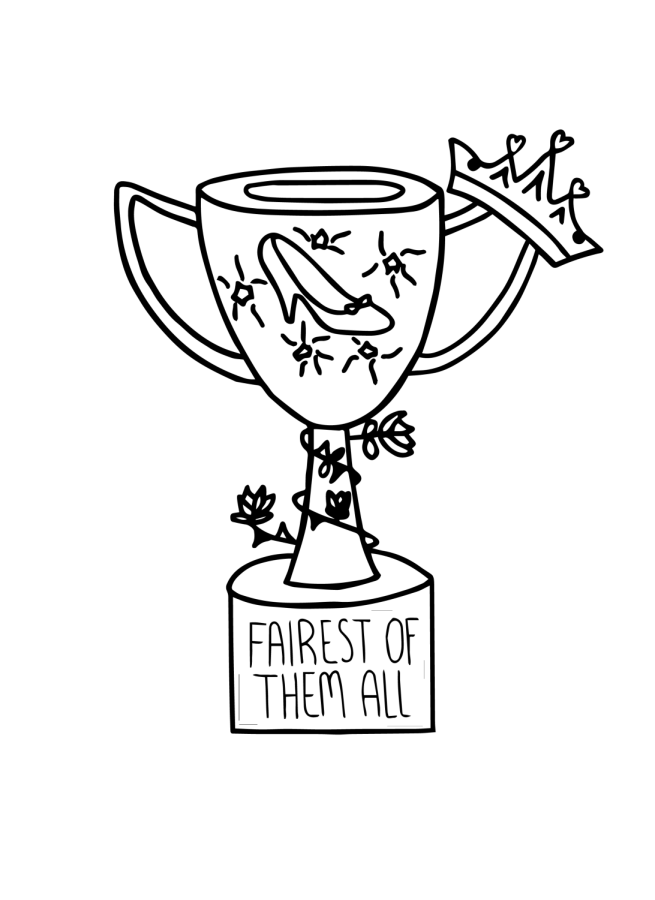 When I was younger, any time my mom pulled out her camera, I clutched my fingers together in an effortless fist, tilted my head slightly to the right and smiled for the photo. This was my go-to pose. Why? Because I idolized Sleeping Beauty. Like many of us, I tried to mimic my favorite Disney princess in subtle ways. After I first watched the film, I imitated the way Aurora looked while she was in a deep sleep and fantasized about being a blonde, skinny, perfect princess. I had dreams about Prince Phillip, because who doesn’t wish to be saved by a prince in shining armor? I even dressed up as Aurora in my pink gown during our first visit to Disneyland. To say the least, I was obsessed.

However, I was not alone in my obsession with these films. According to the Washington Post, 96 percent of girls and 87 percent of boys have watched some form of these movies. Additionally, 61 percent of girls interact with Disney Princess merchandise once per week, whether it be dressing up in princess gowns or coloring in a princess picture book. While Disney Princess Movies may be entertaining for their millions of young viewers, they also set unrealistic expectations for children and further enhance race divisions in beauty standards.

Each Disney princess has a tiny waist, perfect skin and luscious hair. As children grow up, they strive for this perfection and are disappointed when they realize it is not achievable. While watching Sleeping Beauty, I was fascinated with the idea of “true love.” Although I never thought about it then, I can now see there are undertones throughout the movie of the idea that being blond, white and skinny will get you prince charming. This, in turn, creates beauty ideals and a reliance on physical appearance for love.

According to Middlebury Network, 94 percent of princess films mention physical appearance, with as many as 114 references in one movie. With all of these references to physical attractiveness, Disney films associate “beautiful” people with protagonists and “ugly” people with antagonists. Look at Ariel or Rapunzel: both are beautiful protagonists, whereas the antagonists, Ursula and Mother Gothel, are villains and are, therefore, designed to be “ugly.” Ursula, the villain in “The Little Mermaid” who steals Ariel’s heavenly voice, is illustrated as an overweight character with grey skin and white hair. Disney deems this less attractive because it doesn’t adhere to their typical stick-thin, blonde hair and pale skin beauty guidelines. Due to this portrayal by Disney, kids begin to associate good or evil characteristics with physical appearance.

Sarah Coyne, a professor at Brigham Young University, has studied these films and their impact on children in-depth. After a one-year study of 198 preschoolers and kindergarteners, she found that young children do not show any signs of lower self-esteem or negative body image as a result of these films. Her research concluded that children are not old enough to feel self-conscious about their appearance. However, these films affect childrens’ mindsets in the long run. Coyne believes that if the study were to continue over a longer period of time, they would find that these movies can potentially harm a girl’s body image.

“Disney Princesses represent some of the first examples of exposure to the thin ideal,” Coyne said. “As women, we get it our whole lives, and it really does start at the Disney Princess Level — at age three and four.”

Furthermore, Disney designs the majority of their princesses to be white and associate skin color with their level of beauty. The common phrase in “Snow White,” “Mirror Mirror on the wall, who’s the fairest of them all?” indirectly refers to skin tone by equating fair skin to beauty. In fact, the central theme of “Snow White” is based on skin tone. After all, her name is Snow White! She is envied because of her pale skin, as her stepmother craves the purity and innocence typically represented by whiteness. This idea that white skin equates to beauty is internalized by children. Although the “Snow White” fairytale was originally written by the Brothers Grimm, Disney based their film on this tale and included its racist implications. Since then, Disney has created newer, more inclusive movies with racially diverse heroines such as Moana from “Moana” and Raya from “Raya and the Last Dragon,” however, that can not justify these older films as they continue to be streamed and present young children with unattainable goals. With these older biases, Disney creates harmful beauty standards which are overlooked and create negative connotations for their young audience.

Kids should not completely stop watching Disney Princess Movies, as they are a large part of many children’s youth. However, it is important to watch them consciously, realizing the biases and unachievable standards written into them. This solution is an important compromise and Coyne agrees.

“I think parents think the Disney Princess culture is safe. That’s the word I hear time and time again — ‘it’s safe,’” Coyne said. “But if we’re fully jumping in here and really embracing it, parents should really consider the long-term impact of princess culture.”