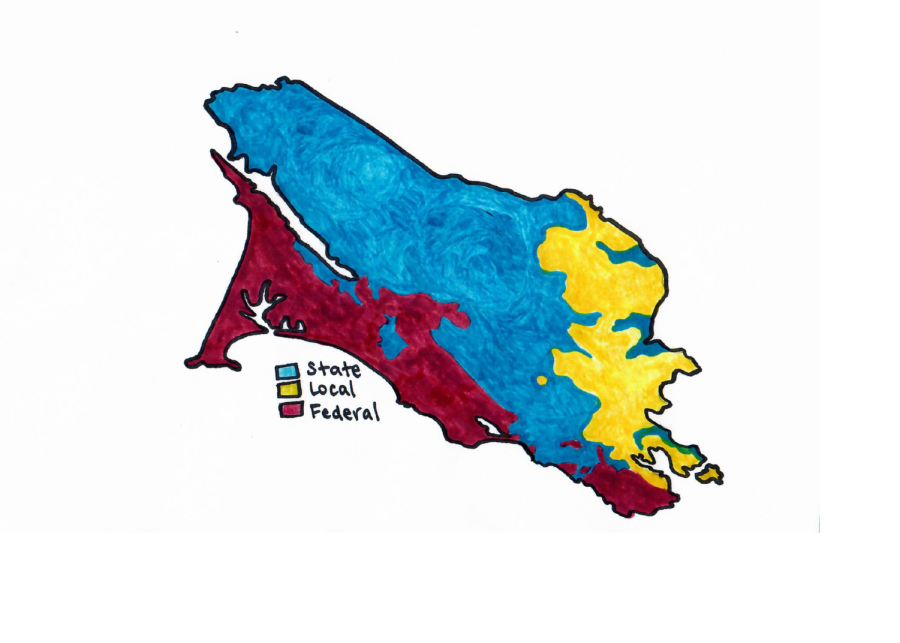 Governing bodies at the national, state and local levels are responsible for their designated regions of Marin in the event of a wildfire

The 2018 Camp Fire in Butte County, Calif. served as a pivotal point in the fire response coordination throughout the state. It was the deadliest fire in California history, claiming 86 lives and destroying the town of Paradise. As a result, new attempts to implement more effective fire rescue and coordination strategies were released. One potential solution is the Zonehaven app which was activated by the Marin County Sheriff’s Office at the beginning of 2021. The app uses interactive maps and selected zones to equip disaster relief teams with a faster, more effective evacuation tool. It also informs the general public on how to evacuate in response to incoming fires. As Marin enters its first fire season with the app available, the new technology will be beneficial in aiding residents.

Founded in 2018 by Charlie Crocker, Zonehaven aims to improve communication between fire rescue teams and law enforcement to evacuees. With the latest information regarding the movement of wildfires, first responders can make more informed decisions about evacuations.

Matt Samson, Deputy Fire Chief of the South San Francisco Fire Department, says the instantaneous updates are a great deal better than the old process and will allow firefighters to communicate more effectively. Before Zonehaven, fire evacuations were designated by circling areas on a map that was then given to the firefighters.

“You circle the area where you think the fire’s going to go and you pass it off to the firefighters and say ‘get these folks out of harm’s way,’” Samson said. “Turning it into a digital platform that’s live would be a big help. ”

Communication remains a key factor in firefighting, meaning the lack of a shared platform presented an obvious obstacle before the app.

“During the Kincaid Fire, the fire was burning through different counties. Anytime the fire moved, those folks had to go to each one of their alerting platforms to make sure they all had the same information. With the map now being a live website, the responders and the public have a map that is talking to each other constantly. There’s no secrets; everyone can take a look at it, know where they live [and] know what zone they’re in,” Samson said.

“Zonehaven correlates our evacuation messaging to zones. Each area contains about 150-200 homes and so it allows us to rapidly send out emergency notifications to those areas. We can designate who we want to notify,” St. John said.

The unpredictable nature of wildfires is the main reason that Zonehaven has become the solution to many counties’ fire response planning. Communication limited to geographic regions does not work effectively in the event of a wildfire.

To Mitch Cohen, an Advanced Placement Environmental Science teacher, fires pose a significant threat to the Redwood community, which is why Zonehaven is important.

What’s the next step for Marin residents? According to Samson it is staying informed and being prepared.

“Marin County residents need to make sure they’re signed up to the Marin County alerting system and then Zonehaven will speak to that. [It’s helpful] if you can hop on the app and understand how it functions, where you live and what color codes the shades of the zone mean. If a zone evacuation order comes out, [then] you’ll be able to recognize your number pretty quickly,” Samson said.

In order to be informed of evacuation and fire alerts during California’s season, you can register for your zone on Zonehaven here: https://www.zonehaven.com/