Which rose will you accept? A look into The Bachelor franchise’s best shows 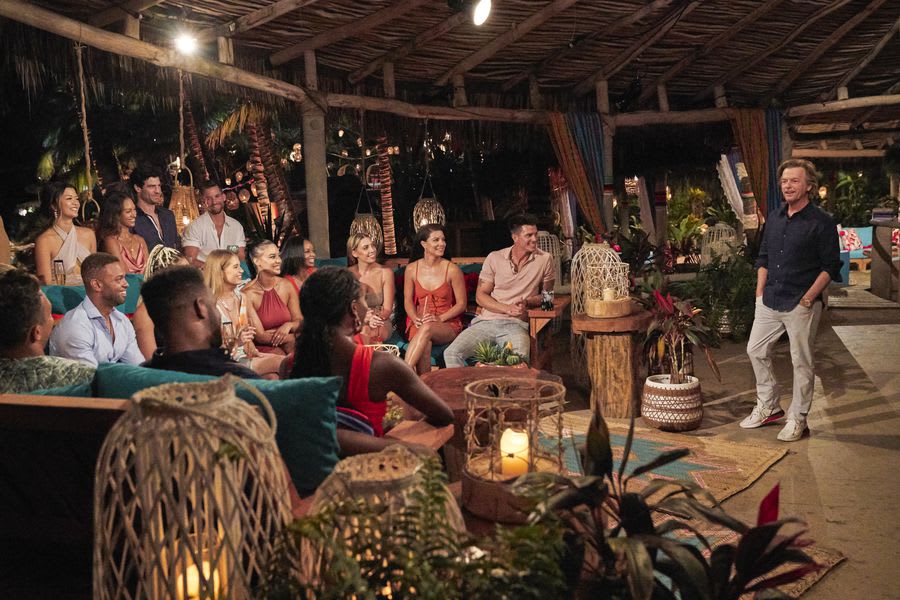 Since its first episode in 2002, The Bachelor Franchise has showcased singles from around the world as they attempt to find love. From “The Bachelor” to “The Bachelorette” to “Bachelor in Paradise,” the franchise has caught viewers’ attention worldwide. Collectively, the three shows stand as one of the most-watched reality TV series in history. Although only a few couples find their happily-ever-after, viewers consistently return, season after season, to watch the drama and romance unravel. So, which of the three top Bachelor Franchise shows is most worth the watch? Read on to discover which rose you should really accept.

Although “The Bachelor” is the original of all the Bachelor Franchise shows, it is not a must-watch. Season after season, the bachelor does not stand up for himself after getting heartbroken and continues to let drama persist in the house. While the limo entrances of “The Bachelorette” are exciting and entertaining, “The Bachelor” limo entrances are bleak and boring because of the lead’s unenthusiastic reactions. Despite suitors entering in lingerie or even on a throne, the most recent bachelor, Matt James, greeted everyone with an indifferent attitude. Self-proclaimed ‘Queen’ Victoria Larson quickly became the centerpiece of the drama, after presenting James with his very own crown on night one. Moments like these are examples of how the show is less romantically focused and more preoccupied with the shenanigans. Overall, “The Bachelor” needs to step up its game by choosing a spirited bachelor and a more genuine cast.

From the hilarious limo entrances to the bromance of Michael Allio and Greg Grippo, “The Bachelorette” continues to display an eye-opening picture of what love truly is through constant unforgiving drama. The show dives into the struggles of finding a life-long partner but also features the beautiful moments that a blossoming relationship has to offer. The recent season of “The Bachelorette,” which concluded on August 9th, began with 30 men vying for bachelorette Katie Thurston’s heart. Taking place in New Mexico, the season was full of authentic connections. Grippo, a front runner of the season, instantly developed chemistry with Thurston after the limo scene. Bonding over the loss of their fathers, the couple’s relationship continued to flourish but ended in a heart-shattering break-up when Grippo left Thurston. Even after Grippo’s absence, Thurston continued her journey and found love. The show had a riveting conclusion when Blake Moynes proposed to her in the finale. As an avid Bachelor Franchise fan, I realized that seemingly endless drama is not always fun to watch. Despite its aforementioned issues, “The Bachelorette” is a better spinoff of the original “Bachelor.”

The most exciting, watch-worthy Bachelor Franchise show is surprisingly the newest spinoff. Currently in its 7th season, “Bachelor in Paradise” features past cast members from both “The Bachelor” and “The Bachelorette,” as they come together and take a second chance at finding love. Filmed along a glamorous beach in Sayulita, Mexico, the singles arrive with a rose in hand

and marriage in mind. Over an invigorating three-week period, contestants mingle, flirt and form temporary relationships, hoping to eventually seal the deal. With new suitors arriving over the course of the show, “Bachelor in Paradise” is filled with tension and intense conflict. The men and women trade partners each week, awarding roses to whomever they have the strongest connection with. In the current season of “Bachelor in Paradise,” Joe Amabile and Serena Pitt meet on the beach and form a quick relationship, but the arrival of Thomas Jacobs complicates reality for Amabile. This love triangle creates a captivating tension that will grasp your attention for the entire season. Although the show is very entertaining, the traditional rose ceremonies and dates from “The Bachelor” and “The Bachelorette” are missed. Nevertheless, “Bachelor in Paradise” is a fast-paced, energetic show that offers the positive aspects of both “The Bachelor” and “The Bachelorette”.

Although all three shows possess flaws, each week bachelor nation excitedly awaits the release of more episodes. “The Bachelorette” starts its new season with Michelle Young on October 19th, “The Bachelor” will begin filming in the upcoming months and “Bachelor in Paradise” continues its season with new episodes every Monday and Tuesday night on ABC.