Conversing about conflict: gaining a world view from inside the classroom 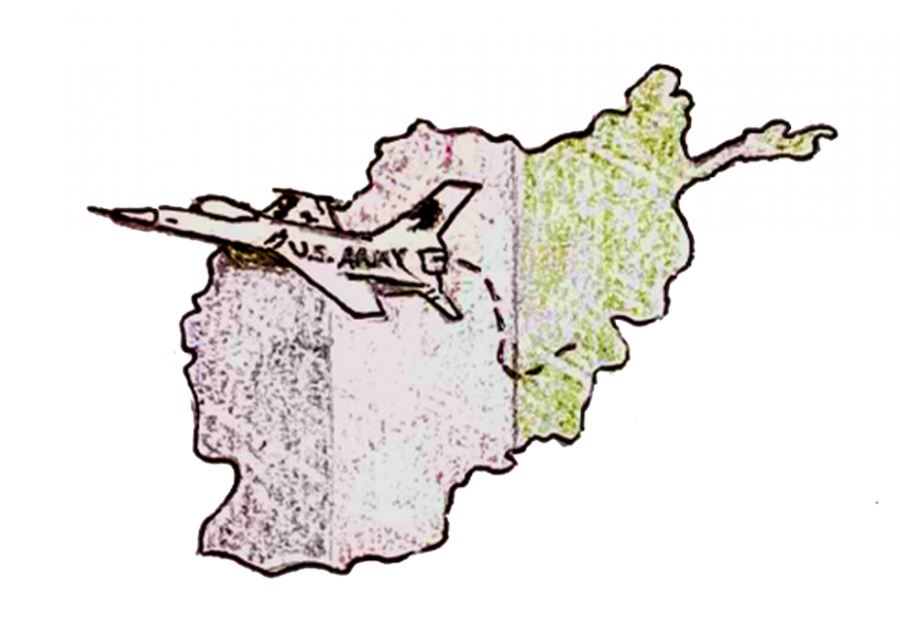 Following the recent Taliban seizure of the Afghan government, our nation is reflecting on the past 20 years of military involvement in Afghanistan. President Ashraf Ghani fled the country on August 15, and in doing so

delegated the governmental authority of the country to the Taliban terrorist group. This transfer of power makes American efforts over the past two decades insignificant within the new leadership. A country left void of sustained American aid now suffers under a new regime. Increased deployment of American troops was an effort implemented in reaction to the national security threat posed by the 9/11 attacks.

While the country watches the American army pull out of Afghanistan, Victoria Anderson, alumna from the Class of 2004, recalls the early stages of the conflict in the Middle East 20 years ago.

“I remember we organized a walkout, students walking out [of class] to protest the war when we officially invaded Iraq,” Anderson said.

Student participation in international affairs is just one of the ways life changed for Americans. Crucial events related to the Middle East conflict made an impact on unexpected facets of American life. The 9/11 terrorist attacks and the invasion of Iraq changed the relationship that Americans had, and continue to have, with their media outlets. After the attack, current events were no longer a backdrop to daily life but an important aspect in understanding evolving stories according to Anderson.

“People were certainly listening and watching more. There was definitely an uptick in that regard,” Anderson said.

With the rise of social media and online broadcasting, rapid news reporting is now easily accessible, especially to high school students. Teachers make an effort to incorporate media analysis into their curriculum by encouraging students to research individually and report to the class. Senior Ella Stoterau has discussed these topics in her courses.

“It’s not necessarily planned curriculum, but it’s ongoing; we talk about what’s going on in the world. How is government at play in these situations?” DeNardo said.

Without sustained discussion of current events in Redwood classrooms, it is easy for students to develop a narrow perspective.

“I think we can get stuck in a bubble at Redwood and it’s good to know what’s happening in the world around us so that we have a greater world view,” Stoterau said.

In order to avoid the Redwood “bubble,” DeNardo recommends consuming media from a variety of perspectives.

“I highly recommend not to rely on one source. I recommend reading and listening to conservative viewpoints [and] liberal viewpoints. If you want to get less biased sources, you’ve got to go outside American media. Examine diverse sources and try to make your own conclusions,” says DeNardo.

Classes like government and U.S. history examine current events and their correspondence to the original intention of foundational documents like the Constitution.

“Any of these current events force you to look at the theory of how things are supposed to work, versus how they actually do work. U.S. History and government aren’t just abstract concepts — they live in our world today. It’s just real-world application,” says DeNardo.

DeNardo assesses the balance of liberty and protection that Americans negotiate in cooperation with their government within the classroom.

“It really puts into stark relief this balance between freedom, security and safety. If you’re going to keep your country safe from terrorism, do you collect data? Do you stop people when they’re going on airplanes? Do you do things that limit their freedoms in order [to provide] safety? How far do you go?” DeNardo said.

After national security was jeopardized in 2001, conversations about protecting those same principles became relevant. However, patriotism was not the focal point of the grieving process for many students.

Out of devastation, knowledge can be gained and utilized to better serve international communities as well as those close to home. DeNardo places great emphasis on these lessons because of the impact students are sure to have in the future.

“[Redwood students] are going to be the leaders. They’re going to be the voters,” says DeNardo. Students can stay both involved and informed in the processes of government by keeping a vested interest in current events and the political situations that we are subject to by consuming a variety of sources.