History will reveal gay rights question was a no-brainer 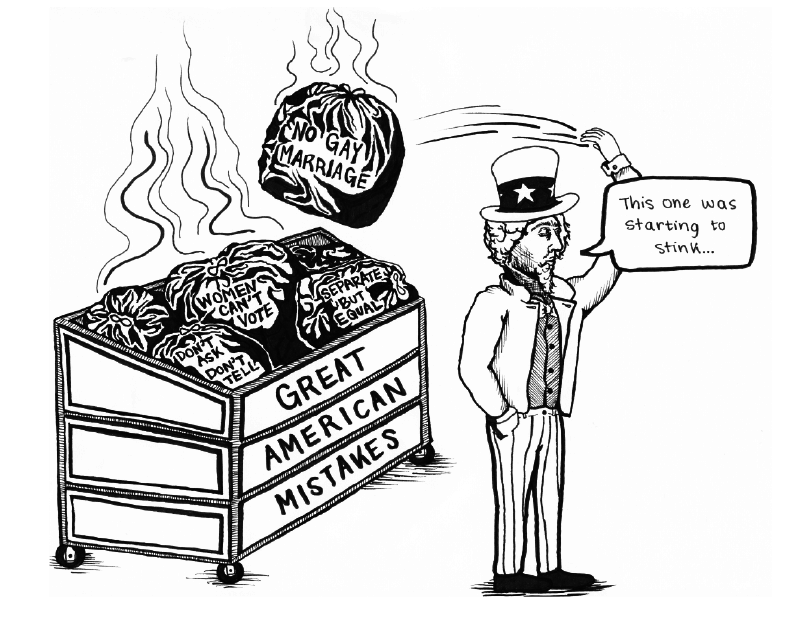 The year will be 2075, and I’ll be 78 years old. It’ll be a sunny day and I’ll be watching my grandchildren playing with their new iPhone 46s. With my full head of hair, I’ll call them over to tell them about the history of the U.S.A.

I’ll start at the beginning. The signing of the Declaration of Independence, Abraham Lincoln being elected president, World War II, Neil Armstrong landing on the Moon, the creation of the Internet, and how some Democrats solved the financial crisis in 2018. All the glory. 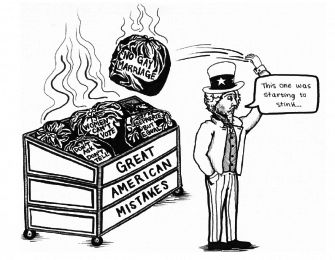 After telling them this, I’ll tell them about something that redefined everything, something both disgraceful and inspiring. The history of gay marriage.

As I did before, I’ll start at the beginning. I’ll talk about how the gay community first started to come out during the 1960s near the place where I was born. After that, I’ll tell them about the Harvey Milk tragedy, which will have occurred 100 years ago by then, and the AIDS epidemic of the early 1990s.

Finally I’ll arrive to 2013, when the Supreme Court made a decision about the future of gay marriage.

I’ll compare all of this to the 1960s, the way my grandfather would’ve told me about those years. I’ll tell my grandkids about how when I was their age, we looked at segregation as one of the most shameful times in America, and how nobody in my generation believed that we could ever be that ignorant again. I’ll tell them that people thought we had moved passed that embarrassment and couldn’t possibly do that again to any group of people.

Sixty-two years from now, I won’t remember much. But, with the little memory I still have, I’ll tell them that the most shocking part of that story will be how gay marriage became legal far too late. About what it was like to live in a world that didn’t realize how far away it was from equality.

If they’re still interested, my grandchildren will ask me why this continued to happen. I’ll tell them that even though “all men are created equal” and the Fourteenth Amendment specifically says, “No State shall make or enforce any law which shall abridge the privileges or immunities of citizens of the United States,” people still wouldn’t budge on their stance. How, despite all this, politicians still found ways to keep gay marriage banned in most states. How because of the work of hate groups, politicians, and people quoting scripture, gay marriage wasn’t legal for a very long time.

I’ll keep my talk short, as the attention spans of kids in the mid 2070s will probably be close to nonexistent. My grandchildren will run off and play Temple Run 34 or watch Toy Story 29, and with a little luck, 300 years of American hate will not continue into their generation.