A loss, not a crime: Why suicide victims deserve to be acknowledged 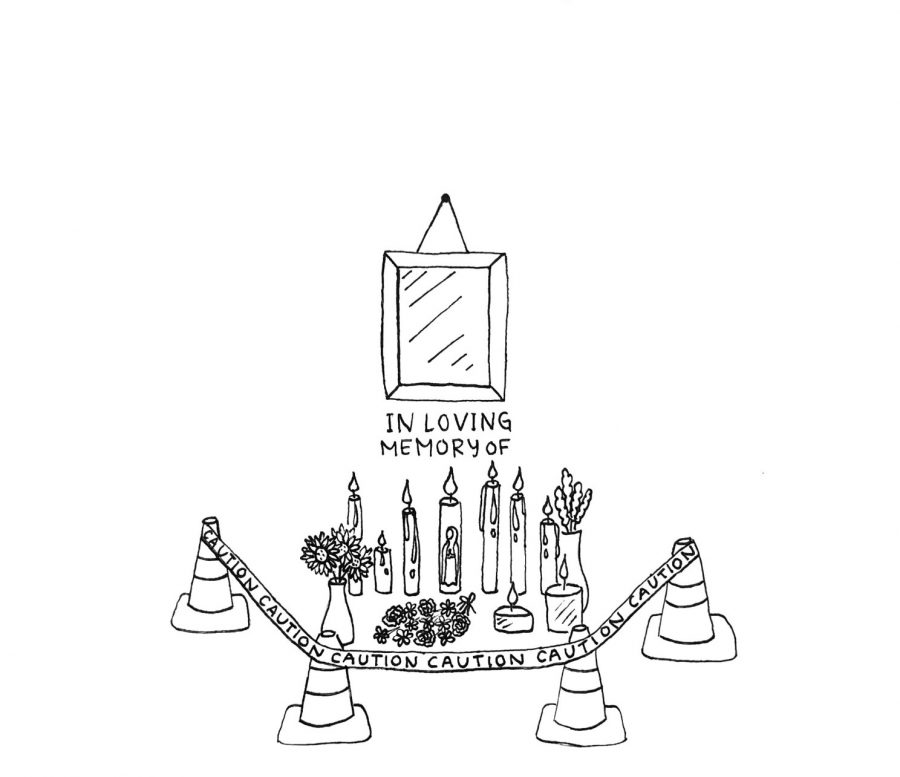 As high school students, we tend to think that we are invincible. We believe the inevitable hardships of the outside world aren’t meant to hit us until later in our lives. However, reality has a way of striking at the most unexpected times, and does so, regardless of our age. Experiencing the loss of an adolescent has a unique way of impacting an entire community. It is an experience that requires acknowledging the victim and taking time to grieve. However, in cases of suicide, many victims are stripped of the right of having their life, and the lives they impacted and celebrated, due to the stigma around the subject. While it is understandable that school administrations are worried about glorifying suicide, students should still have the right to honor the life of their fallen classmate. Instead of ignoring the event, it should be used to proactively help other students who are struggling.

Recently, a senior attending Novato High School and a member of our community took his life. For Novato High School, this marks the loss of their fourth student in four years due to suicide. Friends and classmates of the victim asked to paint a parking spot in his name, as well as place flowers, in his honor, by the lacrosse field where he once played. However, the request for a parking spot memorial was denied, and the flowers that students placed on the field were found dumped in a nearby trash can a few days later. In order to “satisfy” the student body’s request, the administration allowed the class president to briefly mention him at their first school assembly and sent a vague email regarding his death to the entire school district. Frustrated by their school’s response, many of his classmates participated in a non-school affiliated memorial service and passed around wristbands advocating for suicide awareness, but have still asked for more school involvement in honoring his name. Apart from supplying extra counselors during the first week of school, which was not highly publicized to the entirety of the student body, the administration has continued to turn a blind eye to the situation and the students’ requests. For a school that has dealt with this issue several times in recent years, the culture of silence and inactivity around the topic needs to end, especially if students are taking an active role in requesting more support from their advisors.

While there is no right way to “handle” a recent suicide, many of the top suicide prevention agencies across the country suggest that after a suicide has occured, faculty should take necessary steps to ensure that the rest of the student body has access to the various mental health resources.

According to the After a Suicide Handbook, issued by the Suicide Prevention Research Center, the response team must assist anyone in need of support. Additionally, the struggles of the deceased must be addressed to avoid giving off the impression that suicide is an effective answer to one’s suffering. Following these steps starts with acknowledging the situation at hand. The administration has full control over how the event is handled and if they are proactive about promoting a positive connotation with his life, other students can be saved.

Furthermore, ignoring the incident is only going to give the impression that suicide is an effective solution to the pain of mental illness. According to the Suicide Prevention help guide, most students who are struggling with mental illness don’t want to die, they just want a resolution to their pain. If the administration is proactive, they can show that there are more options for students who are struggling, potentially preventing other suicides in the future.

A loss of any kind in the community deserves to be acknowledged, but more often than not, lives taken by suicide are not recognized the same way lives taken by other causes are. The stigma around suicide creates a connotation that death from other causes is “more admirable” than death involving suicide. However, a loss is a loss regardless of the circumstances of the passing and talking about it is not meant to commend death, but to appreciate the life of the victim.

In an article in Nevada Today, Marina Murphy, a lecturer at University of Nevada, Reno, conveys how detrimental our way of discussing suicide is for those at risk of harming themselves.

“When someone completes suicide, in response to the question of how they died, the common answer is ‘they committed suicide.’ We utilize the same term to describe crime: ‘he committed a felony’ or other negative acts,” Murphy said. “In no other instances of death do we place the blame on the person, except when they die by suicide.”

By using the word commit, not only do we apply shame to the victim by subconsciously insinuating that their act was similar to a felony, but we also worsen the stigma that prevents others from reaching out for help. Normalizing the discussion of suicide all starts by acknowledging suicide victims in the same way as others who have passed.

Understandably, extra precautions must be taken in cases of suicide to ensure that glorification of the incident is avoided. While there is a fine line between glorifying the death and discussing it, administrations can remain mindful by keeping the specific details of the death confidential. By focusing on memorializing the victim and reaching out to other students who are also in need of help, glorification of suicide is avoidable. There isn’t a correct way to go about the death of a valued member of our community, but it is important we honor the lives of those we have lost, while also focusing the situation on helping others who are struggling.