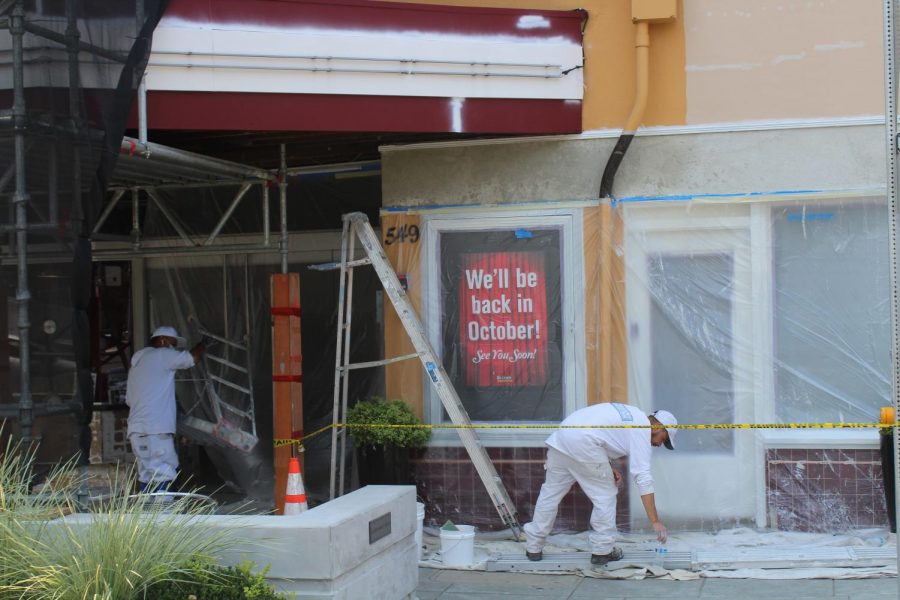 After a year and a half of financial struggles during the pandemic, arts organizations are now receiving federal grants to remain open through the National Endowment for the Arts on COVID-19. Twenty-nine Marin arts organizations received financial aid, including the Mountain Play, the Marin Symphony and the popular Lark Theatre.

Located in downtown Larkspur, the Lark Theatre has been running for nearly 40 years, hosting a variety of films, operas and ballets. More recently, the Lark opened a drive-in theatre, which was a major Marin attraction during the height of the pandemic. With the increased job opportunities available, Senior Noah Ong Bamola started working at the drive-in theatre in April of 2021. Despite the initial spike in customers, he has noticed the Lark’s decline in popularity since COVID-19 restrictions have been lifted.

“At the beginning of [the pandemic], it was super popular. There were like 80 cars each night watching a film in the drive in. But now, [more] things are [open], so people are less attracted to the idea of a drive-in movie theatre, because there’s other things to do,” Ong Bamola said.

In comparison, the Sausalito Art Festival is an annual event popular in Marin’s local art scene, but they were unable to host the festival in 2020 due to pandemic related financial issues. Louis Briones, the executive director of the festival reflects on the struggles and hardship.

“In 2020, we had absolutely no revenue because of the pandemic,”  Briones said. “We were able to generate a little bit of revenue because we put together an online auction, but the revenue was just a fraction of what we make from the Sausalito Art Festival.”

After an exhaustive application process, Briones is extremely thankful for the aforementioned federal grant, as it kept the festival afloat during the struggling times.

“We faced extinction,” Briones said. “Without that shuttered venue grant, we would have been in financial trouble. We would have definitely depleted our reserves.”

The Sausalito Art Festival is typically held every Labor Day weekend but was not this year due to the relocation of a homelessness encampment to Marinship Park, the usual site of the festival. Staying optimistic, they are using the grant money to plan the 2022 festival.

“In 2022, we will be coming back with a very different format. It will be smaller and more simple in regards to production and a smaller footprint, with less emphasis on the music and more emphasis on the art itself,” Briones said.

“It helped us keep the doors open and helped us pay rent while we were shuttered,” Eichenberger said. “That was so important.”

Although the grant to the Novato Theatre Company was from a private organization, it aided the organization immensely. Eichenberg stressed that with new legislation like AB5, a law that requires independent contractors to be paid minimum wage, government assistance to arts organizations is ideal to keep the arts alive and accessible.

“It [should be] something similar to what they did in the 1930’s [when] there was a lot of federal money put back into arts organizations,” Eichenberger said. “It’s really the best case scenario to keep [the arts alive].”

For small venues like the Lark theatre, the prospect of more funding can mean big things for the future of the establishment. According to Ong Bamola, with more governmental funding, the Lark could expand its audience and truly thrive.

“I think with more funding, the Lark theater could better advertise and reach more people,” Ong Bamola said. “I think [people] will just be better off in general with art in their lives, in whatever degree or form that may be.”