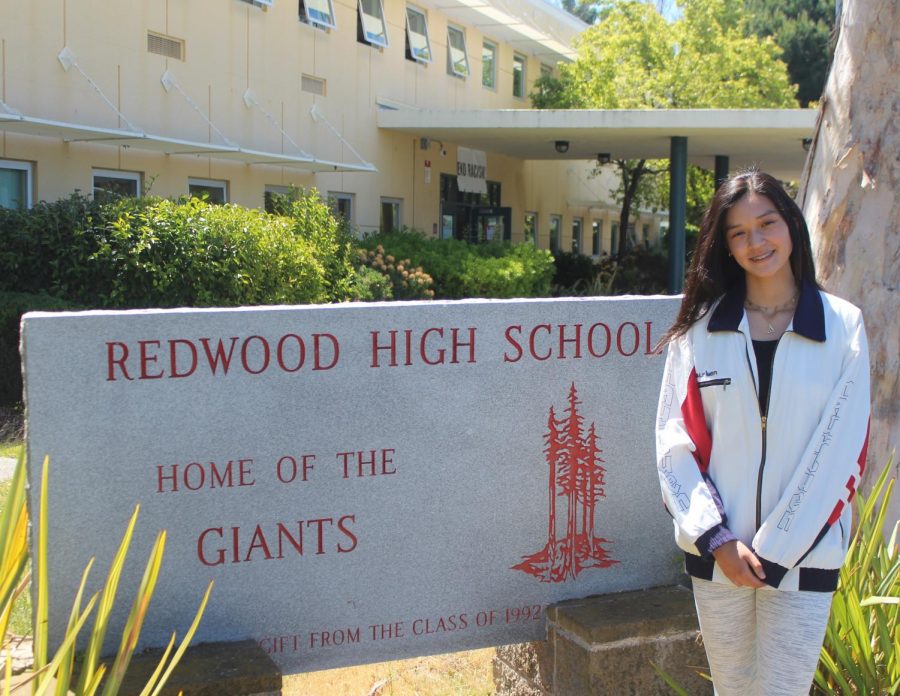 Receiving the distinction as valedictorian for the class of 2021, senior Sima Alavi obtained a 4.61 total academic weighted GPA in her four years at Redwood.

“I was happy, and I was a little bit shocked. I didn’t think I would get it because there are just so many hardworking students at Redwood. It wasn’t even in my mind, but it’s nice to have some sort of recognition,” senior Sima Alavi said about being chosen as valedictorian for the class of 2021.

After taking ten Advanced Placement (AP) and seven honors classes, Alavi earned a total academic weighted grade point average (GPA) of 4.61 and a 10-12 academic weighted GPA of 4.76. Having taught Alavi in AP Calculus BC this year and witnessing her at work, Heather Curtaz attributes her academic success to her focus on what she loves.

“She’s passionate about the things that she’s studying. I know she wants to go into medicine, and so she has focused her studies around [what] she’s really interested in, which I think makes it easier for her to excel,” Curtaz said.

Next year, Alavi plans to attend the University of California, Berkeley, and major in biochemistry. In addition to her interest in science, Alavi has danced at Just Dance Academy in San Rafael, Calif. for the past 12 years and hopes to continue this activity in college through a student club.

“Even with my busy schedule, getting to go and dance every few days was great because it was a moment to calm down and have fun. If I was feeling anxious, I got rid of that and danced it all out,” Alavi said.

Since her freshman year, Alavi has been a part of leadership and currently serves as senior class president. Also, throughout high school, she has done lab work at the Kennedy Lab at the Buck Institute for Research on Aging. She now has her name on one accepted scientific paper and three manuscripts, although working alongside college undergraduates and postdoctoral researchers was no easy feat.

“There was a sense of imposter syndrome [when I first started at Kennedy Lab], but I knew this was something I was really interested in, and I wanted to explore further. I fell in love with the lab work and learning about the little mechanisms and everything that’s happening within my reactions,” Alavi said.

Kylie Nakasu, Alavi’s best friend since seventh grade, has supported her through this work. Nakasu explained that Alavi’s upbeat personality makes her both a great student and friend.

“I’ve never heard her complain about anything, even when she’s taking this full load of AP classes. She always shows up to school with a positive attitude and always has a smile on her face,” Nakasu said.

Reflecting upon her four years at Redwood, Alavi appreciates that she has become so deeply involved in the community. Above all, it is clear that Alavi has balanced her interests in order to achieve success.

“I’ve really pursued what I love, and that’s why I’ve been able to hold out for so long. Everything I’m doing is something I’m interested in, and something that I genuinely want to do,” Alavi said.