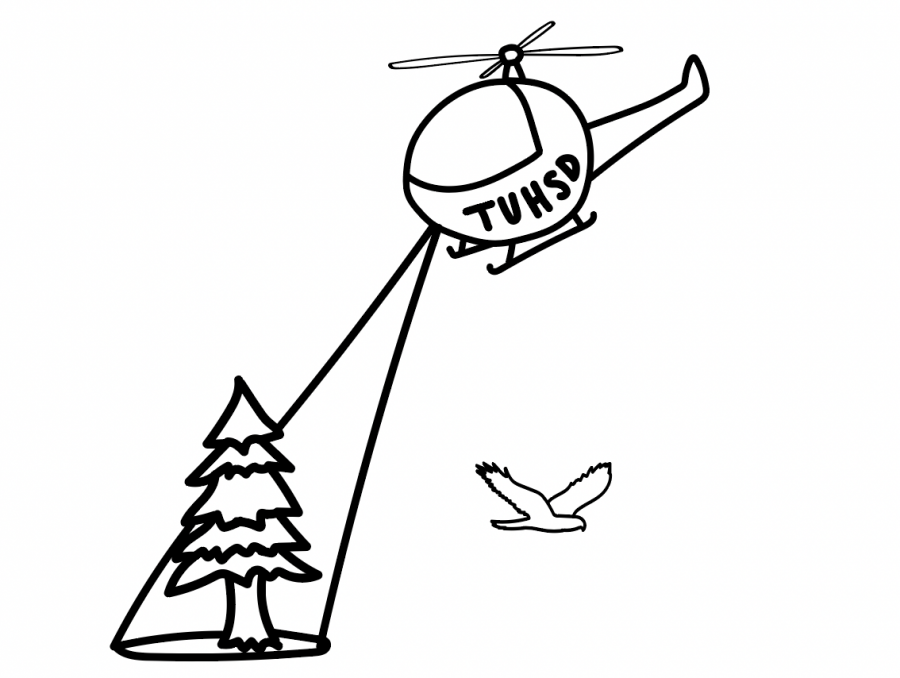 American public high schools are viewed in an iconic light: huge Friday night football games, lively dances packed with sweaty and shouting teenagers, exciting pep rallies and other spirited activities are seen as universal experiences for teens. However, Redwood strays far away from these idealizations and has become a drab and lackluster environment for many students. While it has the potential to be a tight-knit and vibrant community, the shortage of all-inclusive student events has yielded a decline in school spirit. This issue is perpetuated by the administration’s frequent, unwanted and restrictive infringements on class activities proposed by leadership. Administrators must allow leadership to have more freedom and control to increase school spirit and unify students after almost a year of distance learning.

According to junior class president Gavin Green, many ideas that leadership presented to the administration to improve Redwood’s overall spirit for the last few weeks of the school year have been rejected.

“Having events that really bring a community together [get] shut down is the worst thing for spirit because it makes people not want to participate in [the future],” Green said. 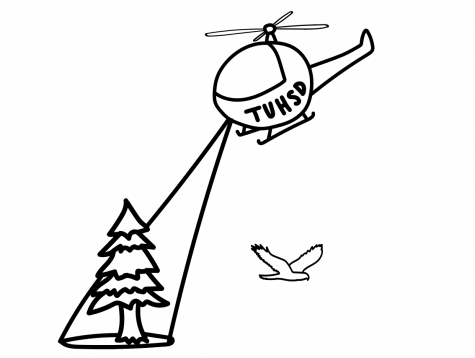 Although students recognize the limitations imposed by COVID-19, it feels as though Redwood is obligated to follow stricter protocols than other high schools in the district. For example, on April 30, Tamalpais High School (Tam) leadership hosted a “Tam Unity Day” where food trucks came to campus, and World Wrapps, Jamba Juice, boba tea and donuts were served as students listened to live music and made arts and crafts, all while following COVID-19 guidelines. Tam students unified once again on May 14 when Tam leadership held a similar “field day” event. These occasions were valuable to the Tam community and contributed to a sense of togetherness, a feeling currently lacking at Redwood. Like Redwood, there was initially some pushback from the admin regarding interference with cafeteria profits, according to Tam Associated Student Body (ASB) President Solomon Tolson, but unlike Redwood, a Tam leadership committee worked with the administration and cafeteria staff to strike a deal and go forward with food-related events.

Redwood’s leadership class should have been able to do the same, but all propositions were denied until recently when leadership was approved to vend boba tea and burritos at lunch for senior week. Still, this food will only be available for seniors and feels a day late and a dollar short when Tam students have been holding similar occasions for months.

A study from the Connecticut Association of Schools proves why bonding events like those held at Tam are so important: school spirit is vital to a healthy learning environment. The study surveyed principals from 150 high schools across the United States who all reported that those who have a “great deal” of spirit are 91 percent more confident, 87 percent more active in their communities and 88 percent happier than schools with lower levels of spirit.

Another instance of our administration disproportionately controlling leadership events was during this year’s homecoming week. According to Green, the winners of the homecoming court had to be crowned over Zoom to limit crowds despite the ceremony being outside in a large enough space for social distancing.

“[The video] was really blurry and people [didn’t] even know who won homecoming court. It’s just little things like that that were limited this year and in the past that have made our job harder,” Green said.

Even in pre-pandemic years, the administration has made irrational vetoes to leadership initiatives. Last year, Josh Chan, former Redwood ASB president, dedicated a significant amount of time to working with World Wrapps to bring their business to the CEA year-round. After an exciting week of nori wraps and bowls, the administration shut the project down due to its violation of California Education Code (EDC) 45103.1, which requires food from outside vendors to meet very specific criteria. Chan repeatedly advertised the project and worked with the owner of World Wrapps, Matt Blair, for over a year to revise the menu to meet requirements, but no one in the school district communicated with leadership prior to the administration’s unreasonable decision to cancel the project.

This all begs the question: why does Redwood fund and run a leadership program if student representatives are not allowed to lead? The purpose of leadership and ASB is to unite the student body and therefore heighten school spirits. Students ask that the administration works with leadership students to develop sensible and equitable solutions to their concerns about proposed ideas, such as how it is done at Tam. As the 2020-2021 school year draws to a close and COVID-19 restrictions lighten, the incoming leadership class and elected officers should be given the role in which they were elected to serve.