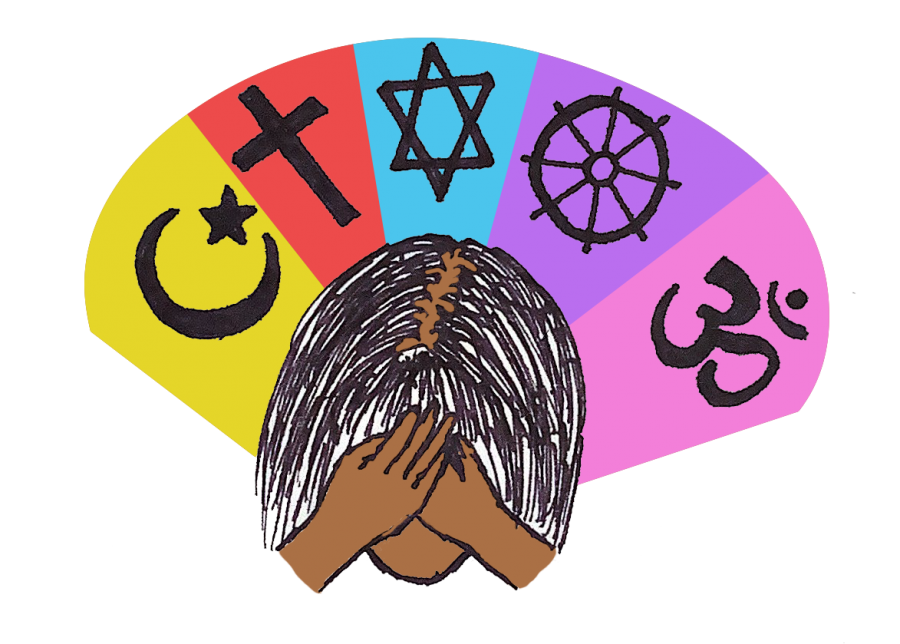 At a religiously unaffiliated public school like Redwood, faith does not play a substantial role in student body culture. However, it is not just Redwood that has little focus on faith, it is Generation Z.

Gen Z is the most ethnically, racially and religiously diverse generation in the United States, according to the Public Religion Institute. The generation’s diversity results in less intense religious commitment overall. This is because most of Gen Z was raised among competing religions and cultures rather than traditional, single-religion communities. Even those raised in religious communities have access to the internet unlike any other generation had at a young age. Because of this, exposure to other religions through social media, television, Google and other internet platforms has challenged the ideas and learning of even those raised in strictly religious places. Diversity, as well as easy internet access, normalizes and even encourages atheism and agnosticism or a less intense version of a faith. With a smaller presence of devout religion, people have more freedom to question the existence of higher powers.

According to an April Cub-Bark Survey, 26 percent of Redwood students said they are atheist, second to the almost 34 percent who are Christian. Among the 26 percent is sophomore Carina Campbell, who was raised without religion.

“My parents didn’t really grow up going to church or anything and they wanted me to have religious freedom to discover what I believed in, but I just never found something that led me to a higher power,” Campbell stated.

Religious socialization early in life is found to be one of the most substantial factors when predicting someone’s affiliation later in life, according to the Review of Religious Research Journal in 1993. Campbell did not have socialization with one religion, likely giving her the independence to find atheism.

Despite significant religious influence being less common at Redwood, junior Emily Sigel had a large influence from a young age, attending Jewish preschool and continuing on to learn how to read Hebrew for her Bat Mitzvah. In addition to influence at school, Sigel’s family developed many religious traditions that they practice to this day.

“Every Passover my dad makes a Seder and tells the story of Passover and he does it with pictures and representations instead of doing the whole thing in Hebrew. He makes it fun so we can actually understand the historic part of it,” Sigel stated.

The combined familial and school influences at a young age contributed to the Conservative Judaism Sigel practices now.

Similar to Sigel, sophomore Tony Metaxas, a devout Christian, also grew up with significant religious influences. He was raised attending church and went to Christian school from first through eighth grade. The summer after eighth grade, Metaxas attended a religious convention where he stated that he had an encounter with God.

“I was just overwhelmed with His love and His presence. I just felt it and it was so real. It completely changed the way that I live. It changed the actions I make, the things that I say,” Metaxas said.

Before his religious experience at the convention, he was doing what Christians call “going through the motions.”

“I was just going to church to go. I went to the Christmas services, I went to the Easter services, but I never took it seriously. I was going through the motions up until eighth grade summer. That’s when I really started getting into real-life Christianity and just living it out,” Metaxas stated.

Although Metaxas is now fully immersed in his faith, the concept of “going through the motions” applies to many, especially Generation Z. According to research funded by the John Templeton Foundation, each generation following the Baby Boomers has been found decreasingly religious. The same study discovered less children are raised in religiously affiliated environments. Without a strong religious influence, many approach religion using a “religion-lite” approach, meaning they rarely attend religious services and celebrate major holidays for the cultural aspect of it rather than for its religious context. When Redwood students were asked in an April Cub-Bark survey to what extent they were raised in religion, 31.4 percent, the largest percentage, said they celebrated major holidays, but only for its cultural elements. In comparison, only 17.2 percent said that religion was a huge part of their family and every-day life including holidays, culture and faith.

While there are those in Gen Z that continue to be raised in faith and find it significant to their every-day lives such as Sigel and Metaxas, atheism is also increasingly common. However, the majority of people both at Redwood and nationwide in Gen Z appear to be Christians “going through the motions” as Metaxas described. Decreasingly religious generations are forecasted to come.