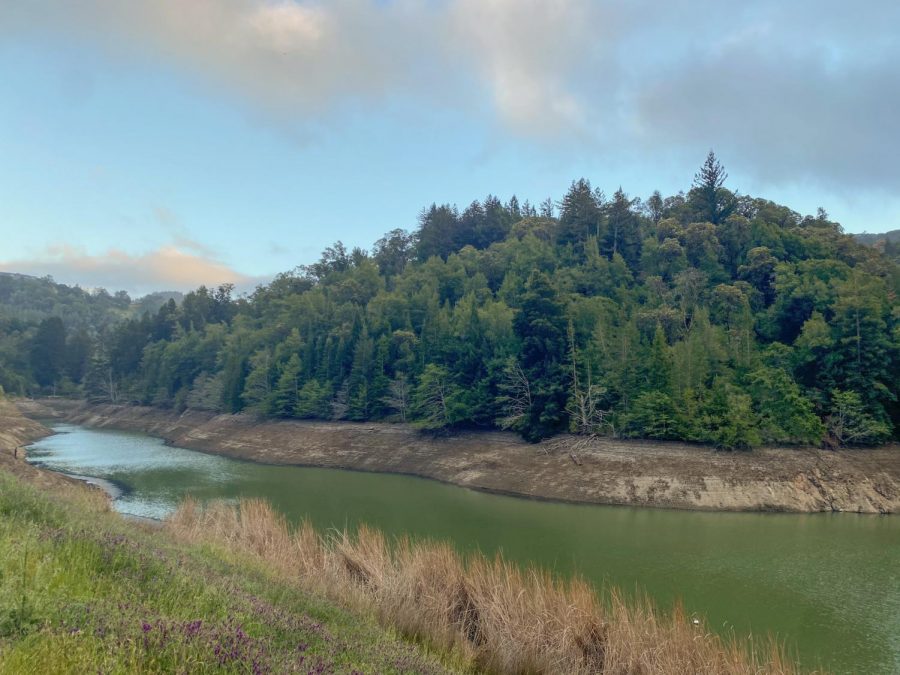 The cracked banks of Phoenix Lake offer a new expanse of lakeside terrain for recreationists to explore.

Christopher Vargelis and Will Baker

California is facing its worst drought since the mid-2010s. The state’s reservoirs are at 50 percent of the capacity that they need to this time of year, forcing the Marin Municipal Water District (MMWD) to declare a water shortage in April and impose mandatory restrictions to cut water usage by 40 percent. As the drought looms over Marin’s water supply, those who use MMWD land for recreation reflect on the apocalyptic look of water levels at the Phoenix Lake reservoir, which is being diverted to the Bon Tempe reservoir by the MMWD to sustain Bon Tempe’s supply. These photos capture the decimated water levels at Phoenix Lake and the personal connection of recreationists to the lake.