It is not ‘a joke’: the normalization of rape culture 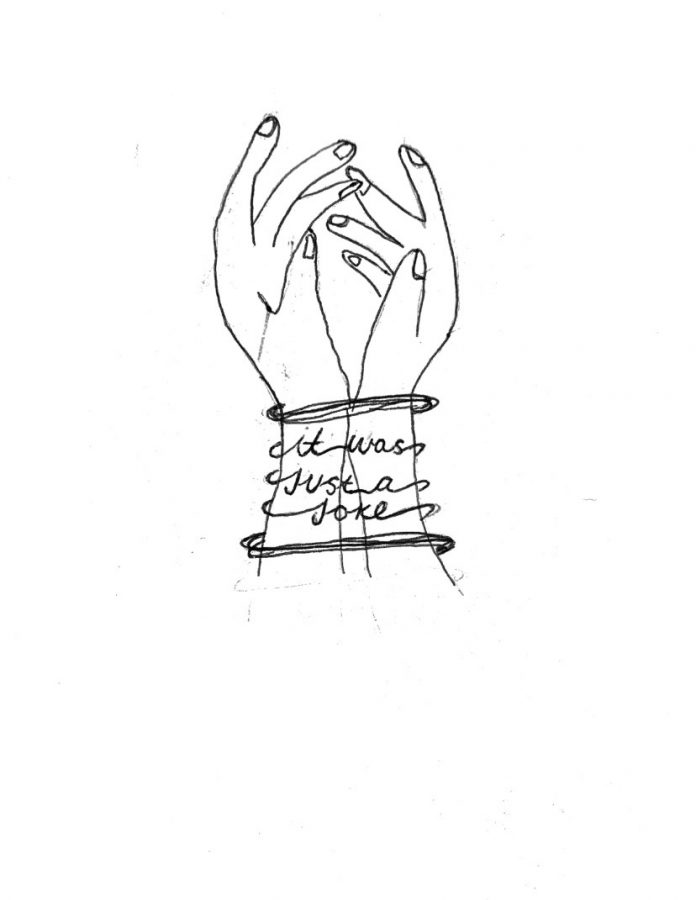 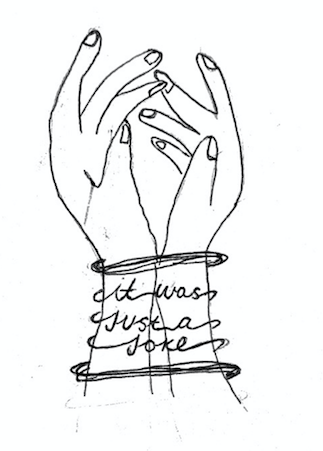 In 2007, Dolce & Gabbana released an ad campaign depicting a woman being held down by a man while being watched by several other men. The ad, which was meant to promote the brand’s new spring and summer fashion collection, instead promoted sexual violence. Despite facing backlash for glorifying gang rape and violence against women, designers Domenico Dolce and Stefano Gabbana never issued an apology. Many ads from other companies have similarly glorified sexual assault, like American fashion companies Calvin Klein and Relish, as well as an ad from suit company Duncan Quinn. All of these companies used rape as the focal point of their advertisements, and in brushing it off as ‘high fashion,’ have encouraged the normalization of sexual assault.

In addition to advertisers using rape and sexual assault to promote their brands, many TV shows and movies continue to depict rape as funny or normal. For example, “Superbad,” a movie that aired in 2007, follows two teenage boys with the goal of securing alcohol in hopes of getting their female classmates drunk enough to have sex with them. Or, “Family Guy,” an animated series following the stories of the members of the Griffin family, has repeatedly made rape “jokes” throughout the entirety of the series.

The issue of sexual assault permeates every aspect of our society, and yet these obscene jokes and advertisements are normalized in our world. According to a survey conducted by the Washington Coalition of Sexual Assault Programs, a woman is raped every two minutes in America, and one in five women will be raped in their lifetime.

According to the Cub-Bark survey, 24.4 percent of Redwood students said they sometimes experience harassment (catcalling, unwanted touching, unwanted nude pictures, requests for nude pictures, etc.) from boys that go to Redwood, and 13.4 percent said they experience this frequently. This is an issue that affects many, and does not belong as the focal point of a magazine cover or as the punchline of a “joke.”

While making light of sexual assault was more common in the late 19900s and early 2000s, the issue of normalizing sexual violence and undermining its severity is still a significant problem today.

Because of this mentality, the media is quick to place the blame of sexual assault on the victim, who the majority of the time is a woman. According to the Rape, Abuse & Incest National Network, 90 percent of adult rape victims are female. Phrases like, “What was she wearing?” or “Was she drinking?” are common responses that victims face when coming forward. Having advertisements and media outlets normalize and undermine the seriousness ofthese acts does not support victims.

People often hear of rape and instinctually try to discredit the victim or even sympathize with the rapist. Stanford college athlete Brock Turner’s 2015 sexual assault case is one example of this practice. On Jan. 18, 2015, Turner sexually assaulted Chanel Miller. Turner was taken to court on five charges, and despite being convicted of three, ended up facing only three months in prison for his crimes.

Much of the public eye, including Turner’s childhood best friend, Leslie Rasmussen, as well as Turner’s father, deemed Turner’s future more important than holding him accountable for his crimes. In a letter written to the presiding judge of Turner’s case, Rasmussen  claimed that the assault was “a huge misunderstanding,” saying that he is “not a monster” and she believed it was unfair “to base the fate of the next ten plus years of his life on the decision of a girl who doesn’t remember anything.” Not only does this completely discredit the victim, but also fuels the common practice of not holdingrapists accountable.

Several news outlets, including Associated Press, TIME, CNN, and many more failed to identify Turner as someone who had committed sexual assault. Rather, they often referred to Turner as, “Stanford Swimmer.” Specifically, TIME Magazine called him, “former Stanford student and star swimmer.” Not calling Turner a convicted rapist or disclosing what he did suppresses the significance of the situation, and instead glorifies him rather than condemns him.

Poppy Harlow, a CNN reporter, expressed similar sympathy for Ma’lik Richmond and Trent Mays, the alleged rapists of the Steubenville High School rape case, in which an intoxicated high school girl was repeatedly sexually assaulted by her peers on April 11, 2012. Harlow said on air, “[It is] incredibly difficult…to watch what happened as these two young men that had such promising futures, star football players [and] very good students, literally watched, as they believed their lives fell apart.” Harlow places more value on their potential success, rather than facing the reality that is the accusations levied against them.

We must put an end to normalizing rape in the media. Continuing to allow the media to promote jokes and advertisements that normalize rape will only permit this issue to continue. The media needs to start holding rapists accountable for their actions and stop victim-blaming. Until the severity of sexual assault and rape gets taken seriously, the portrayal of rape in the media and the consequences of that will continue to hurt women.