Making up for lost time: saying good-bye the pandemic 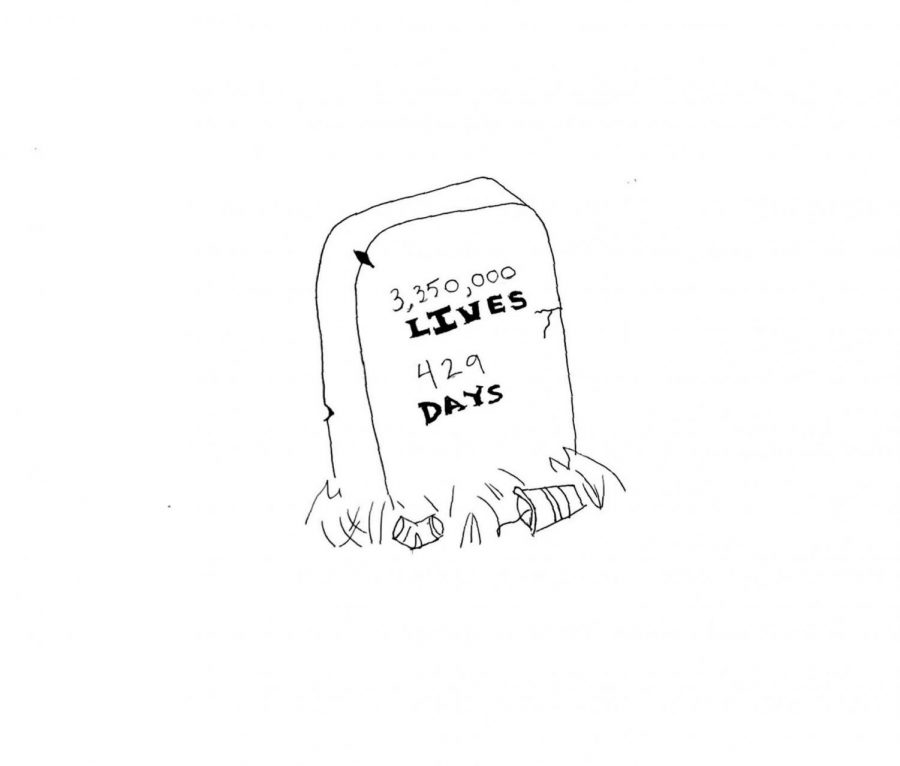 As I sat in class on May 13, I heard my phone ding. I scrambled to open my backpack and turn off the ringer, but before I did, I read the notification on my lockscreen: “CDC says fully vaccinated people can stop wearing masks in most indoor places.” My initial reaction was one of joy that the pandemic was finally coming to a close. But, it was quickly followed by a feeling of unease, knowing that soon restrictions would be lifted and the world would go back to “normal.” But what does that mean? What is “normal” these days?

In the days that followed, headlines and social media posts became filled with anticipation, offering ways to make up for the lost nights of partying or traveling and raving about the new “Roaring 20s” that were about to be upon us. But I was unable to join their enthusiasm. The swift shift from quarantined isolation to crowded gallivanting felt too quick. I adjusted the mask over my nose and thought back to the day of my second shot. I was, according to the medical definition, fully vaccinated. So why didn’t I feel protected?

Mental health experts have said that the pandemic and its effects will have long-lasting impacts on all of us. Maybe some are ready to throw away the masks and forget this ever happened. However, for many, going wild the moment the pandemic ends isn’t the answer. The time and people lost over the past year must mean something. How do we mourn our bygone time?

The need for a grieving period is a familiar concept in the United States. Taking the time to recuperate after an extended period of stress is a well-established method of recovery, especially after the traumatic events of the last 14 months. In the early days of the COVID-19 pandemic, the death toll was often compared to that of the terrorist events of September 11, 2001. After 9/11, New York City, along with the rest of the nation, went quiet. The trauma of surviving left people unsure of how to move on. It took months to reckon with our losses as a nation and many would say that our country has never been the same.

More than a year later, our pandemic-related losses are far greater in numbers. An estimated 161 million cases have been reported in the U.S. and 3.35 million people have lost their lives. According to a January 2021 YouGov study, 21 percent of people surveyed from the United States have had a family member or close friend die due to complications from COVID-19. Imagine if that data were to apply to the Redwood student body. It would mean that about 420 students would have lost a close friend or family member due to COVID-19 complications, or one in five people. While that isn’t the case for everyone in our community, it is likely that many of us know someone who either passed away or suffered serious complications from the disease.

However, even without experiencing a personal loss, there is a loss of time and a loss of security. According to the American Psychological Association, “there is a communal grief as we watch our work, health-care, education and economic systems — all of these systems we depend on — destabilize.” The events of the past year, regardless of how desensitized one might be to them now, have been real and have been frightening.  It’s true that we are resilient, but we can’t sweep the last year under the rug. According to psychologists, we must recognize this kind of grief in order to move through it. 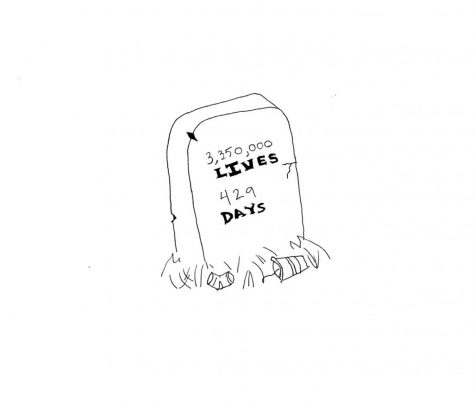 After logging day after day in isolation, it comes as no surprise how many people wish to flip to the other extreme right away without accounting for what they, and the world, have lost. For some, it’s tempting to strip off the mask and rush into the street to hug every stranger we pass, but not acknowledging the events of these times can yield no positive results and many of us aren’t quite ready to join the party.

According to a March 2021 survey by the American Psychological Association, more than half of the respondents said they felt anxious about returning to pre-pandemic life. So if you’re like me, and the thought of next year’s Back-to-School dance has you clutching your hand sanitizer, you aren’t alone.

Psychologists say that it’s normal to be apprehensive about returning to life as we used to know it, particularly because we have spent a year building habits to protect ourselves. Those reflexes don’t just stop because we’re told we don’t need them anymore. They recommend we take things slowly, try one or two new things we’ve been missing and adjust slowly to the new CDC guidelines. I, for one, will be taking that advice and plan to be ready for that dance next fall.