Fourth Wave Feminism is not a Monolith 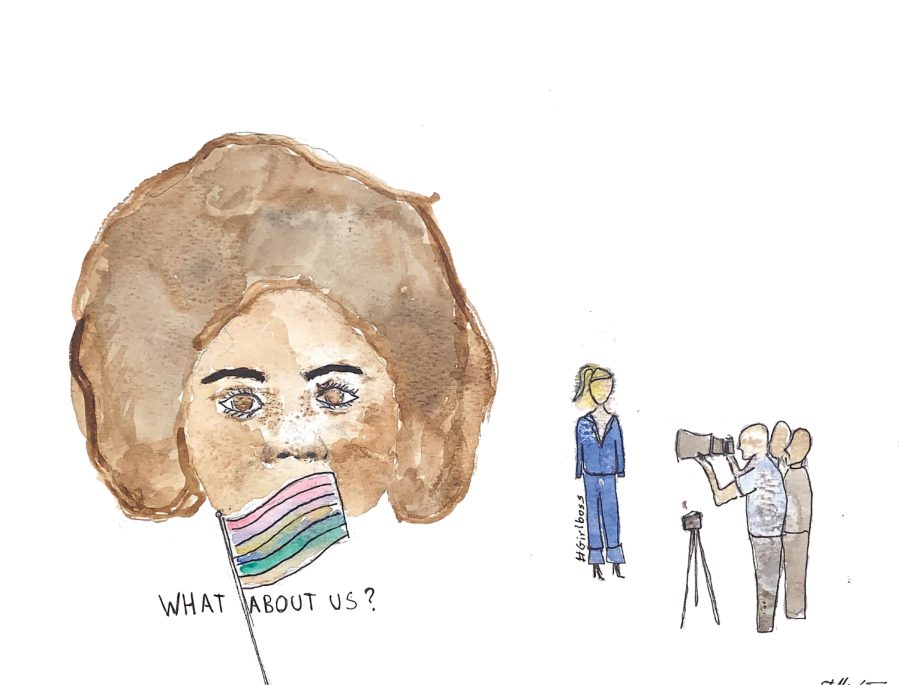 At first glance, movies like “Moxie” and “Promising Young Women” might seem like trailblazers in the cinema industry. They use female directors and writers to bring light to the important conversations of rape, sexual assault and the feminine experience in general. However, many are noticing a problem with these movies, despite the attempt of inclusivity. The majority of film production teams are white and only represent the white community, excluding other races and ethnicities. This representation is reflective of the long history of white feminism. White feminism is defined as “the label given to feminist efforts and actions that uplift white women but that exclude and fail to address issues faced by minority groups, especially women of color and LGBTQ+ misogyny affective people.”

With the increase in the commodification of feminism through the media and corporations, feminism has risen in popularity among upper-middle class women. This led to fourth wave feminism, a feminist movement that began in 2012 and focuses on the empowerment of women, intersectionality and the use of the internet. Although these fourth wave ideals of feminism attempt to combat misogyny and harmful stereotypes, they fail to address issues facing BIPOC (black, indigenous and people of color) and LGBTQ+ women, which are often overlooked. Mainstream feminism has shifted from being a movement of liberation to a movement of trivial concerns and reactions.

In a discussion paper written for the Harvard Kennedy School, Koa Beck explains how the capitalistic lens of feminism is contradicting the foundations of feminism.

“‘Feminist”’-branded success takes on a capitalistic form, in which individual elevation within a company, personal capital, and productivity on behalf of a company are deemed innately ‘feminist’ despite their centrality to capitalism,” Beck states. “This particular understanding of gender equality breaks considerably with the foundations of feminism which identified capitalism as a key component of the oppression of women.”

When it comes to workplace equality, the focus for mainstream feminism was seen as getting women “a seat at the table” and providing a visual representation in high positions like CEOs, executives and political figures. However, what the public failed to address was the lack of physical and emotional equity that is needed in the workplace, especially with BIPOC and LGBTQ+ people.

The Black Female Project, an organization dedicated to uplifting and supporting black female professionals, found that the majority of participants in the project “felt they didn’t get to be themselves at work, but they actually had to arm themselves against what they were going to encounter. Leaders in their workplaces did not provide them with spaces or support to make this happen.”

Rory Daly, sophomore and co-president of Redwood’s Girl Up Club, a feminist program run through the United Nations, stated her opinion on feminist culture in the workplace.

“It’s great to want to see women in higher-up positions, but [if] it’s not making real change then I don’t think it’s necessarily helping the cause,” she said.

While the hyper-consumerism side of fourth wave feminism is objectively problematic, there have been positive sides to the rise in digital feminism. Digital feminism enabled the #MeToo movement, allowing victims of sexual abuse to speak about their experiences and exposed powerful people, who were able to easily conceal predatory crimes prior to the digital age. Digital feminism has allowed for feminists to organize, educate and make change, even if it is just on the social media level.

In an article published on the website, Feminism in India, reporter Debarati Das, explained how powerful digital feminism can be.

“Through the use of technology as a powerful tool of resistance and activism, women and persons of other marginalized genders continue to help contemporary feminism evolve into a more inclusive, multi-dimensional and pro-intersectional movement,” Debarati said.

The media plays a big role in how digital feminism developed. If the only view of feminism that is being portrayed is predominantly white womens’ struggles, then there is a need for new stories.  However, the decision of who to put in charge of writing and producing these stories is vital. If they are told with a layer of bias or inconsistency that can be very harmful.

“Just because you put a person of color in the media doesn’t mean they haven’t been tokenized. And that they aren’t exactly wearing the clothes of the oppressor and doing the same thing that white people do,” she said. “What is at the heart of these media organizations? Are you in the communities or are you just trying to sensationalize a story within a community?”

Fourth wave feminism is not only defined by its technological advancements, but also its actions. In 2017, the women’s march was the largest single-day protest in United States history, protesting former President Donald Trump’s inauguration and his offensive statements and actions towards women. The march was seen as incredibly successful and was made possible by social media because of the intense media coverage it received. It was a symbol for a new era of feminism, focusing on holding people accountable and incorporating intersectionality into activism.

Rory Daly agreed with the need for intersectionality within the media saying,  “[White feminism is] definitely a single vision of feminism [seen in the media.] It’s important to remember going forward to include everyone’s perspectives. The female experience is different for everybody and different identities all factor into that.”

Activists like Daly believe all people must look inside themselves and make adequate changes to their thinking in order to pave the way for a more successful future of feminism. Precious Stroud, the founder of Black Female Project, explained the importance of this.

Since mainstream feminism values empowered upper-class women, or self-proclaimed “girl bosses,” a lot of popularized issues in the feminist community do not benefit the greater population. Stated in a Refinery 29 article, “a marketable form of feminism – like girl boss culture – which sells hollow empowerment instead of highlighting the less palatable facts of life for working women – unaffordable childcare, zero-hour contracts, sexual harassment, gender discrimination – is not really feminism at all.”