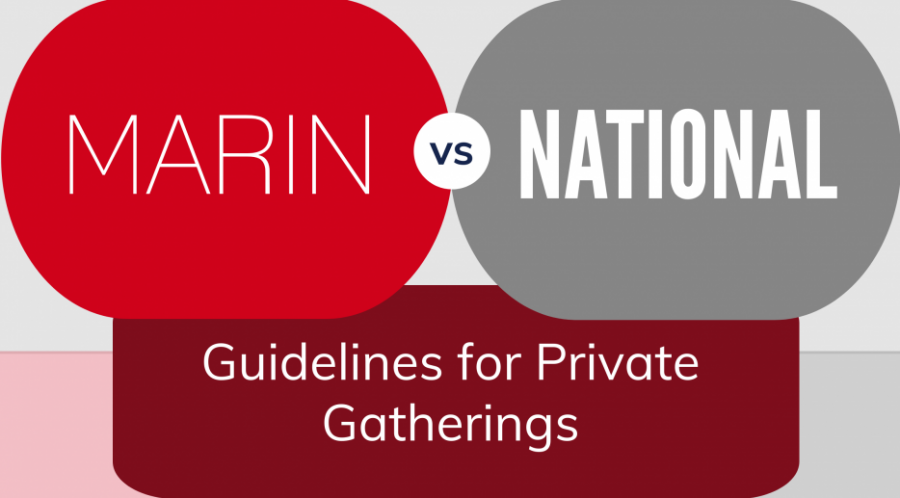 Per national COVID-19 guidelines, the county health department requested that all schools cancel their proms when the decision to return to in-person learning was made, so many Redwood seniors and their families have decided to host their own private prom-style socials. The largest of these private proms was scheduled for Saturday, May 15 at Peacock Gap Golf Club in San Rafael, but the event was canceled at this location the night of May 11. Rumors circulated around campus that Principal David Sondheim reached out to Peacock Gap and advised them to postpone. However, the general manager of Peacock Gap, Joseph Reilly, clarified that their facility was never contacted by Sondheim nor anyone else from Redwood’s administration. Sondheim did advise the parents of the senior planning the prom to cancel, but stated that he played no part in getting it canceled at Peacock Gap.

“I reached out to the person who was listed as the host to that event, invited them to a presentation by the Health Department and the County Office of Education and they participated. I then let them know that, in my mind, it was not an event that I could support in any way, but I didn’t have the power to tell them to cancel it,” Sondheim said.

Sondheim emailed seniors and their parents, stressing the importance of avoiding possible super-spreader events. Sent on May 12, the email clarified that “any prom, grad-night or other social event that [seniors] may have heard of or signed up for, is not a school-sanctioned event” and recommended that students refrain from participating in any events of this type. As the end of the school year approaches, Sondheim’s goal is to conclude the semester without a COVID-19 breakout.

“I’m really worried that an event like this could cause the spread of the virus and lead to illness or quarantine. Then people would miss things like graduation,” Sondheim said.

According to Marin’s Department of Health and Human Services, as of May 17, 70.1 percent of Marin residents over the age of 12 have been fully vaccinated. Although this puts Marin at the estimated percent of a vaccinated population achieving herd immunity, according to a report by the Center for Infectious Disease Research and Policy, Marin health officials are still wary that large gatherings like a private prom could become super-spreader events. 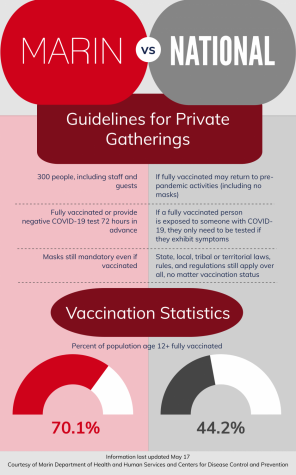 Peacock Gap set the maximum number of guests for the event at 200 people, less than half of the senior class. After hearing that some students planned to attend the private dance without tickets because they had not bought them before the 200 person capacity was reached, Reilly proposed postponing the event until June 15, hoping to accommodate more students under relaxed COVID-19 guidelines. The current restrictions on private gatherings in Marin allow for 300 people including both staff and guests. Attendees must be fully vaccinated or provide a negative COVID-19 PCR test within 72 hours, wear masks and dancing is not permitted. Postponing the dance until June 15 — when Governor Gavin Newsom plans to move most of California to the green tier — would allow for a dance more similar to pre-pandemic proms. However, this offer was rejected by the student organizing the event, who declined to comment, and the reservation was canceled instead. The event took place on its original date, but was hosted at another undisclosed location. The hosts refrained from sharing the location of the event until late Friday night, and even then gave a nearby location where attendees followed detailed email instructing to find a person holding yellow balloons at 47 Geary St.

According to a survey conducted by Leadership before the return to full in-person learning, nearly 90 percent of seniors expressed an interest in having a prom before the end of the year. Jane, a senior whose name has been changed for anonymity, explained her excitement toward attending senior-year prom. She was one of the many seniors who decided to attend the private prom on May 15, despite the school’s request that students avoid large gatherings.

As restrictions loosen and society is beginning to return to normalcy, community members express both support and concern about attending larger gatherings, especially considering all the events the senior class has missed. As of now, there are no known cases of COVID-19 from this event; however, results usually take five to seven days.