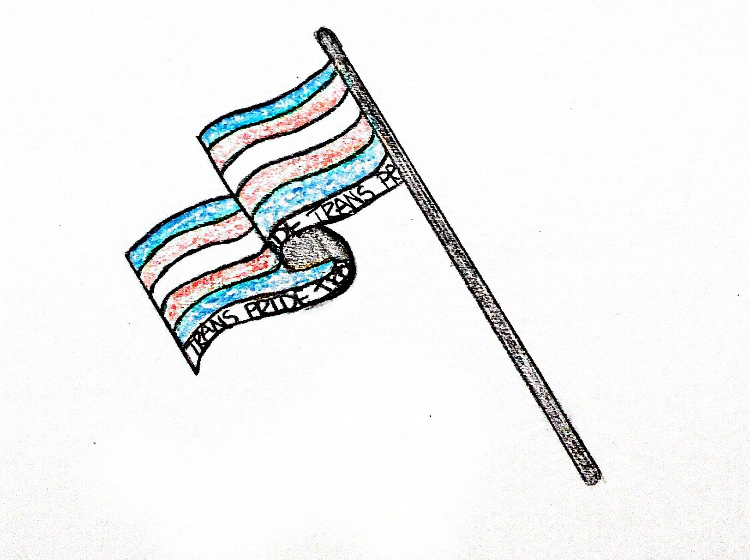 In 2021 alone, an unsettling record of 82 anti-transgender bills have been passed in the United States. Many of these bills put politicians in charge of transgender children’s care instead of doctors, bringing to question how transgender youth are affected when at the center of such politically polarizing environments.

Shea McHugh, a Redwood sophomore who uses they/them pronouns, has been deeply upset by the anti-trans legislation being passed.

“I just want to scream at these people! It’s so frustrating to watch transphobia thrive throughout various communities,” McHugh stated. “I’m so tired [and stressed] about all these new restrictive laws [and bills].”

HB1475-00, a recent bill passed through the Florida House of Representatives on April 14, 2021, now prevents transgender athletes from playing on girl’s and/or women’s sports teams in Florida. Many believe that because of the physiological differences between men and women, transgender youth, especially transgender women, have a leg up when competing against cis gender peers. However, the Tampa Bay Times stated that transgender athletes are still allowed to compete in various boy’s and men’s sports. HB 1475-00 supporters state this is because the bill is aimed at “maintaining the competitive balance in women’s sports.”

According to the Guardian, 12 months of testosterone suppression may be needed in order to ensure that transgender women do not have an unfair competitive advantage. However, Katrina Karkazis, a research fellow with the Global Health Justice Partnership at Yale University argues that testosterone levels have no correlation to one’s athletic performance.

HB1475-00 also allows schools and/or competitors to file complaints against athletes competing in women’s sports. While the bill does not elaborate on the specifics of filing complaints, objections are resolved through “health examinations” and consent forms. These consent forms, which are signed by students’ personal healthcare providers, confirm the student’s biological sex.

Many recent bills are covering the controversial topics of gender affirming care and are specifically highlighting the new restrictions placed for transgender minors.

On April 6, many were shocked when Arkansas lawmakers overrode their governor’s veto of a bill restricting transgender health care. This bill, known as AR HB1570 or the Save Adolescents From Experimentation (SAFE) Act, bars doctors from providing gender-affirming healthcare to transgender minors.

This legislation is the first of many implementations to restrict transgender healthcare for youth despite the support and consent from adults and pediatricians.

As Chase Strangio, American lawyer and transgender rights activist, stated on NBC News, “AR HB1570 is the single most extreme anti-transgender law to ever pass through a state legislature.”

AR HB1570 is especially controversial due to the fact that it restricts puberty blockers, which prevent one’s body from producing certain hormones. The Gender Identity Development Service confirmed that puberty blockers are physically reversible treatments if stopped.”

Mansbach speaks to the importance of seeking puberty blocking medication before turning 18.

“If you wait until you’re 18, changes [in one’s physique] become pretty much irreversible without significant surgery” Mansbach said.

The American Academy of Child and Adolescent Psychiatry also confirmed that blocked access to timely care has been shown to increase youth’s risk for suicidal ideation.

For transgender youth, experiencing rejection, harassment and bullying is not uncommon. These contributing factors can often lead one to feeling depressed, having suicidal tendencies, struggling with body dysmorphia, self dissociation and more.

Jen Kenny-Baum, the wellness coordinator at Redwood, addresses how these restrictive bills affect the mental health of transgender students.

“From a professional standpoint, I believe that we are going to see a rise in depression [for transgender students]. If people can’t get the appropriate treatment/healthcare that they and their family and physician have all agreed upon, it will put people at risk by denying them the proper care,” Kenny-Baum said.

Because these bills are so politically divided, Kenny-Baum believes transgender youth will continue to be misunderstood by all the stigmas that come along with gender.

Having these conversations, especially in classroom settings as Mansbach suggests, can help towards creating further harmony and comfortability among the transgender community at Redwood.

Mansbach suggests that “…more education and awareness [on the topics of gender for both students and teachers] is the key.”

McHugh agree’s that by implementing more conversations about gender, sex, and identity, Redwood, along with many other communities like it, can work together to create a more accepting environment. When it comes to administrative support, McHugh also suggests addressing stigmas found throughout various media platforms, more gender neutral bathrooms, along with school wide webinars and workshops that discuss transphobia along with how to be an ally. By creating open environments and communities, transgender students can feel more accepted, heard, and recognized.