With plenty of competition, here are 2021 MLB predictions 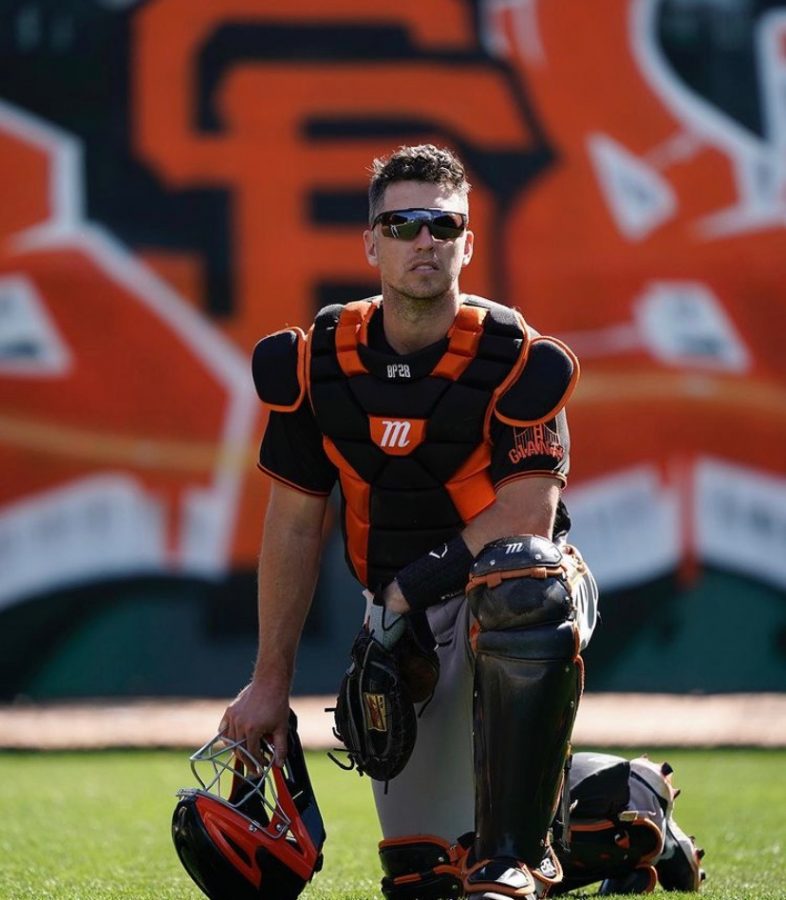 Filled with game-winning home runs, thrilling double plays and impressive no-hitters, the Major League Baseball (MLB) season is about to start on April 1. Thirty teams and hundreds of players will compete for various awards such as the Most Valuable Player (MVP), Rookie of the Year, Cy Young award and, of course, the World Series trophy. For each of the individual awards, one player from the National League (NL) and one from the American League (AL) will win. The awards are based on the players’ statistics: At-Bats (AB), Runs (R), Hits (H), Runs Batted In (RBI), Walks (BB), Strikeouts (SO), Homeruns (HR), Batting Average (BA), a pitcher’s Wins/Losses (W and L), Earned Runs Average (ERA) and Innings Pitched (IP). Although the 2020 season was shortened due to COVID-19 — teams only played 60 games — this upcoming season will return to normal where each team will play all 162 games and, eventually, stadiums will allow fans to spectate in-person. Below are my predictions of the award winners for the upcoming season, along with a projection of the San Francisco Giants’ record.

Mookie Betts, the starting right fielder for the Los Angeles Dodgers, will win the MVP award this year for the National League, as projected by Vegas Insider, one of the most popular betting sources. Their records show that Betts, who played 55 games during the 2020 season, had a .292 batting average, including 16 home runs and 64 hits in 219 at-bats. The young Dodgers star shows no sign of slowing down and has a high chance of winning this year.

Los Angeles Angels center fielder Mike Trout will win the MVP award for the AL. In the 2020 season, Trout hit 17 home runs in just 53 games, as well as 46 RBI’s with a .281 batting average, ranking near the top among AL hitters. Trout has dominated every year since his rookie season. In 10 seasons in the MLB, Trout is an eight-time MLB All-Star and three-time MVP, as well as an MLB record-breaker: Trout was the fastest player ever to hit 200 home runs and steal 200 bases. Trout has been a valuable asset for the Angels –– at the end of the season, expect Trout to take home the trophy.

Rookie of the Year

With 154 at-bats during his minor league years, Corbin Carroll of the Arizona Diamondbacks finished with a .299 batting average and stole 18 bases. Quick and powerful with the bat and a disciplined center-fielder with great speed, Carroll is on track to win Rookie of the Year.

At just 20 years old, Seattle Mariners outfielder Julio Rodriguez is anticipated to be one of this year’s best rookies, according to Sporting News. Every year, Sporting News releases their list of the top prospected rookies and Rodriguez placed third ahead of his MLB debut. In just 143 games during his minor league seasons, Rodriguez hit 17 home runs and finished with a .322 batting average. So far the prospect is very impressive and is definitely the frontrunner to win the award in the AL.

Manager of the Year

Finishing second in their division last year –– largely due to their manager Jayce Tingler –– the San Diego Padres have not been receiving the recognition they deserve. For the past few years, the Los Angeles Dodgers have been the only team in the NL West that people thought would win their division. However, Tingler has made huge trading decisions this off-season, highlighted by trading star pitcher Yu Darvish for former Tampa Bay Rays pitcher Blake Snell. This year, the Padres will progress from last year and help Tingler win Manager of the Year as he leads them to the playoffs.

There’s little doubt that Charlie Montoyo of the Toronto Blue Jays will win Manager of the Year. The Blue Jays finished with a 32-28 record last season, which is impressive with such a young roster. Montoyo became the manager in 2019, where he inherited a team coming off of a 73-89 record.  He has completely turned the team around from the 2019 season, where they finished with a 67-95 record and almost last in the AL for many of the pitching and hitting categories. With budding young talent and a stellar manager, the team could do even better this season.

Possibly the best pitcher in the MLB currently, Jacob deGrom of the New York Mets will take home the NL Cy Young Award. During the 2020 season, deGrom pitched 12 games and finished with four wins. He totaled up 104 strikeouts and had an ERA of 2.38, which is practically unmatched. The next best pitcher in the National League is Max Scherzer, who had 5 wins in the 2020 season and finished with an above-average ERA of 3.74. In the 12 games he played, Scherzer struck out 92 opponents.

Although New York Yankees star Gerrit Cole is favored to win this year according to Sports Betting Dime, Dallas Keuchel of the Chicago White Sox has shown tremendous potential in the past season and could also win the Cy Young award. During the 2020 season, Keuchel played 11 games and tallied up six wins. He finished with an impressive 1.99 ERA and 42 strikeouts. He will win this year because his ERA has been improving since his rookie season and his W-L percentage has increased in the past few seasons. I believe he will continue improving this season, and if his ERA and W-L percentage follow their current trends, then he will become this year’s MLB AL Cy Young champion.

The Los Angeles Dodgers beat the Tampa Bay Rays in the 2020 World Series by four games to two in a best of seven series. Although the Dodgers have a powerhouse lineup offensively, including right-fielder Mookie Betts, shortstop Corey Seager and center-fielder Cody Bellinger, they are unlikely to win the World Series back-to-back this season. The New York Yankees will likely grab another championship trophy because of their strong offense and excellent pitching. Offensively, the Yankees have a solid lineup, including Aaron Judge, who finished with a .257 batting average, hammered nine home runs and totaled up 22 RBI’s in 2020. Additionally, Giancarlo Stanton, a 6’6” veteran outfielder, held a .250 batting average, including four home runs and 11 RBI’s. The Yankees pitchers all-together had the sixth-most wins in the AL last season and the tenth most losses. To add on, the Yankees finished fifth overall in strikeouts, with the help of Gerrit Cole. Defensively, Gleyber Torres needs to improve his shortstop skills this season, as he had the worst Defensive Runs Above Average (-3.4) on the team last year. Also, catcher Gary Sanchez can improve his framing this upcoming season, which will help the Yankees root out their weaknesses and win the championship.

Last season the Giants had a record of 29 wins and 31 losses (19-14 at home and 10-17 on the road), which is a .483 winning percentage. The Giants did not make the playoffs and had no chance of competing in the Wild Card game due to their lackluster defense. This upcoming season, I predict the Giants will improve and perform better than they did during the 2020 season, winning 84 games and losing 48. They were rebuilding their roster last season and are continuing that process through this year and into the next few seasons. Their offense in 2020 was above average, holding the fifth-best batting average in the whole MLB, and with the addition of speedy base-runner Tommy La Stella, I expect the Giants to be successful offensively. La Stella, who joined the Giants for three years and $18.75 million, has already made a tremendous impact on the team. La Stella played for the Athletics during the 2020 season, batted at .289, tallied in 11 RBI’s and helped the Athletics place third in the AL standings. However, people need to watch out for the Giants’ defense. Last season, their bullpen was subpar. Nevertheless, Reyes Moronta, Matt Wisler and Jake McGee will keep the pitching consistent. Expect the Giants to finish third in their division this season and play in a Wild Card game. The Giants’ first game of the season is Thursday, April 1, where they will face off against the Seattle Mariners in Seattle.

All statistics, records and scores used in this article are from Baseball-Reference, a website that provides statistics on every single player and team in the history of the MLB.