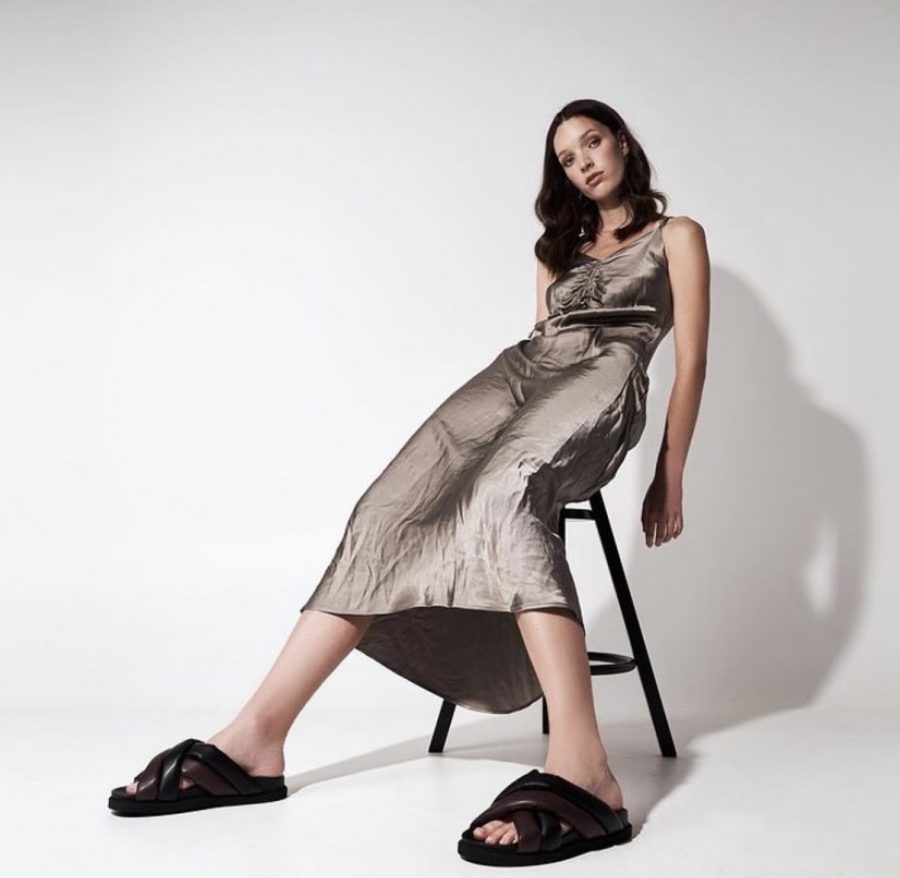 What started as a fun photoshoot for senior Savannah Pritchett’s birthday quickly became a new passion and now lifestyle. After receiving a private photoshoot as a gift from her mother on her 15th birthday, Pritchett immediately fell in love with the idea of modeling. Soon after the shoot, the photographer sent the photos to local modeling agencies. Pritchett was not expecting to hear back from many of the agencies as the photoshoot was for fun, but to her surprise, she was met with fast responses.

“[The agencies] liked what they saw so I met with them, and then I eventually signed with one of the agencies, which is what I call my mother agency,” Pritchett said.

Pritchett’s mother agency is Scout Model & Talent Agency located in San Francisco. There, she started developing her book, which is a model’s portfolio featuring all of their best photos. She was immediately enamored with the entire process. Her experience shooting with Scout Model & Talent Agency helped her realize modeling was something she really adored and wanted to pursue as a career.

“I loved the way [modeling] felt. I loved the feeling of having people do [my] hair and [my] makeup and all the fancy clothes. I felt like it was a really good thing for me, and I really enjoyed it all the way through,” Pritchett said.

Even though Pritchett has only been working with Scout Model & Talent Agency for around two years, she has already become extremely successful. She has been featured in multiple major magazines including Vogue Italia, Nuts for Fashion Magazine (NFF Magazine) and Moevir Magazine.

Although being featured in big time magazines is an incredible achievement, Pritchett also appreciates and favors the behind-the-scenes moments of photoshoots.

“I think one of my favorite moments [was] when I went to a shoot around four or five months ago, and the photographer was shooting for a little while, and then he stopped and he [said], ‘Oh, you’re going to go really far’ or [something] along those lines. And it just felt really good. [It] kind of made me feel like I was doing [modeling] for the right reasons,” Pritchett said.

Despite growing up in Marin County for most of her life, Pritchett moved across the world this past year to Sydney, Australia. The move was a direct result of COVID-19, as Pritchett has severe asthma and feared getting sick due to the high COVID-19 rates in the U.S. She also has family in Sydney, which further encouraged the move.

However, the move meant that Pritchett would not only be doing her senior year virtually, but she would also have to do it 19 hours ahead of Marin County time. Though the timing was very hard for her to adjust to at the beginning of the school year, Pritchett was able to rearrange her schedule in a way that worked better for the time difference. She is currently taking some of her classes through Brigham Young University’s independent study program and is only taking two classes at Redwood virtually. In addition to the complications that lie within virtual school, Pritchett also misses her friends back at home.

“I’ve lived [in Marin] most of my life, so it was really hard to move [to Australia] and to adjust. I love it here, it’s beautiful, and I’m so grateful to be somewhere where COVID-19 is not as extreme. I’m safe and I’m with family, but I think the U.S. will always be like another home to me. I think [I] mostly miss my friends and my cat [who] is still over there as well,” Pritchett said.

“I miss having one of my best friends [around]. It was kind of hard when she first moved because we would spend so much time together and she was always there for me. I definitely miss having someone to talk to that really understands everything,” Durkin said.

Although there are difficulties academically and socially, moving to Australia opened many modeling doors for Pritchett as she signed with yet another agency in addition to Scout Model & Talent Agency. The Australian-based agency, Chic Model Management, signed Pritchett this past July which has only increased her modeling opportunities. Since being signed with Chic Model Management, Pritchett has worked with a New Zealand shoe brand, Beau Coops. Pritchett is featured on Beau Coops’ website as well as their social media platforms.

Even though Pritchett loves fashion and getting dressed up, her modeling is much more than just posing in front of a camera. She relates the sensation of modeling to when she performed as a competitive dancer with Just Dance Academy.

However, there are also challenging parts about being a model, as it is a very demanding and harsh industry. Pritchett is no exception to feeling the pressures of being a model and being the brunt of the constant comparisons that lie within the industry.

“It’s pretty easy to compare yourself to other people. I think I’ve done a pretty good job with not comparing myself too much, but there’s always going to be someone who’s better than you and will get more work than you,” Pritchett said. “I think the hardest part is just staying strong to who you are and not changing for [an] agency or anyone else.”

Pritchett’s mother Robyn Murphy had many reservations about her daughter pursuing modeling at first. However, she was quickly reassured by several of her friends who were once in the modeling industry and supported Pritchett’s career.

“[Modeling] would not be what I would choose for my daughter. I think the difference [between letting her model and not model] was [that] I have three very good friends who have modeled their entire lives and have learned to balance it. They were there for [Pritchett] completely, and they made it really clear that she needed to stay in [contact] with them. That made me feel like, ‘Okay, who am I to stop somebody’s dream?’” Murphy said.

Despite her initial worries, Murphy is now immensely proud of Pritchett as she continues her modeling journey. She is thrilled to see Pritchett so passionate.

“I am very proud of her. She and I are very different. She is very creative and [has] always as a little girl been interested in fashion. She is also a performer. When I see her in front of the cameras she is so relaxed, at home and loving it,” Murphy said.

Similarly, Durkin could not be happier for Pritchett. She greatly admires the work Pritchett is doing.

“I love to show people what she’s doing because I think it’s really cool. I am pretty proud as a friend to show it off,” Durkin said. “As long as it’s healthy for her and she has a good mindset about it, then I am totally happy about it.”

Regardless of Pritchett’s modeling success, she wants to continue her education in the upcoming future, as school is her first priority. Pritchett is planning to attend a university in Australia after high school. She hopes she can continue her modeling while in school if her busy schedule allows it. To follow Pritchett’s modeling journey check out her profiles on chicmanagement.com.au and scouttm.com as well as her Instagram, @savannah.pritchett_.