Redwood through the years: what has changed since 1958? 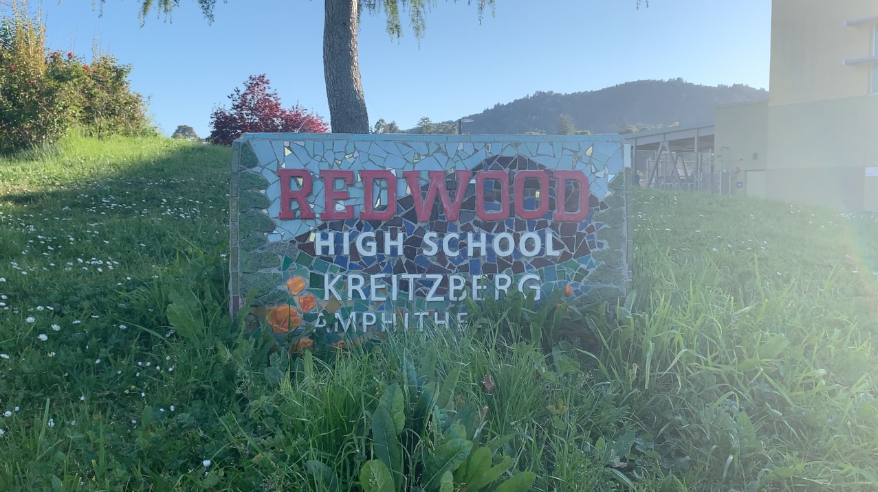 In the 63 years that Redwood has been open, the core values of the school remain intact, although much has changed. Paula and Jeff Skov both attended Redwood in 1958, the first year it opened. When they entered as sprightly sophomores, their class was tasked with building the foundations for Redwood: namely, its name and mascot. The two met in the third grade, and now three generations of their family have attended Redwood.
Rich Weingart, a member of the class of 1987, fondly remembers his experience at Redwood as one of high-spirited fun and a well-balanced academic curriculum. He was a member of the Unknown Animals, a group of students who would attend sporting events shirtless and in bold face paint. In fact, it’s them we can thank for some of the rules regarding sporting events Redwood now has, such as the ban on face painting and costumes. As a Redwood alumnus and now Redwood parent, Weingart wants to see that unbridled energy that once came with school events come back when it is safe again.
Hanna Futterman, who graduated in 2015, found that Redwood fostered her interest in history. She remembers that the Women’s History class, taught by Ann Jaime, was the most enriching class she took — and fueled her passion to earn a history major in college.
The competitive mindset shared by her peers prepared her well for her college courses and career. After being in virtual school for about a year, current junior Ellie Lauter misses the Little Theatre, a space where Redwood drama performances used to perform often. The community she and many other drama students have found through Redwood drama classes and performances is one she treasures.
These students and alumni have found that Redwood’s strong and lively community has prevailed over the years. Drama performances, school spirit and the Redwood community are all memories that alumni treasure and current students cannot wait to relive.